The Story Of This Popular Korean Food Is Actually Really Sad! How Was The Dish Created During Korea's Difficult Times? Find Out About This Korean Dish. Budaejjigae, or Korean army stew, is a bubbling dish loaded with ham, small sausages, kimchi, vegetables, and a spicy broth.

It is a popular dish for foreigners and Koreans alike. People like the assorted flavors that coalesce together.

But who decided to throw all these seemingly random ingredients together in one pot? How did budaejjigae come to be one of the most recognizable dishes in Korea?

What's the story behind this staple dish that has restaurants entirely dedicated to it?

Let's take a deep dive into the story and see what we uncover. 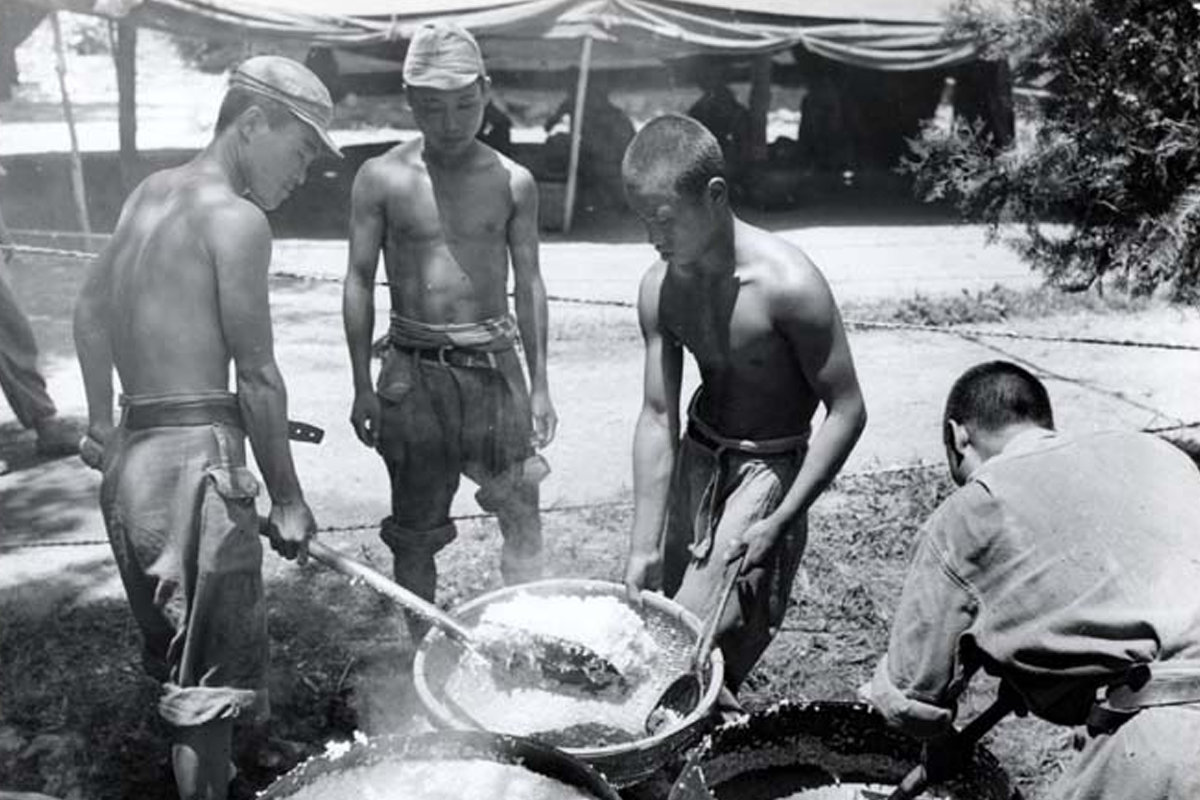 The year is 1945. World War 2 has finally come to an end. The victors begin to decide what to do with all the land that was conquered by imperialist Germany and Japan.

The tiny peninsula of Korea becomes a chess piece for the two largest powers, Russia and the USA.

Russia decides that they will control the Northern half of the peninsula and institute a communist doctrine while the USA takes control of the Southern half, instituting a democratic doctrine. It's not long before the ideologies begin to clash and war breaks out in 1950.

It was a war that included soldiers from dozens of nations. But by the end of the war in 1953, no clear winner could be declared and a stalemate has persisted ever since.

Each half continued to develop along their differing ideologies into the countries that we know and recognize today.

Cities like Uijeongbu, Dongducheon, Yangju, and Pyeongtaek were home to many US army bases shortly after the war ended as a measure of preparedness should the war ever break out again.

You can still find dozens of US army bases spread all around the peninsula as South Korea and the USA continue to have an amicable partnership. 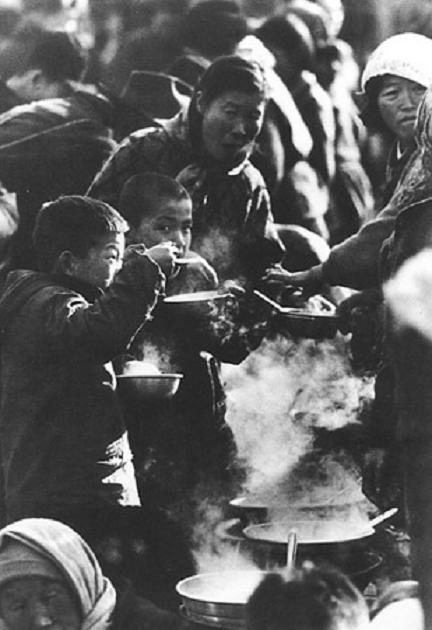 Shortly after the war, South Korea's economy was in a period of recovery, and people's livelihoods were meager at best as they navigated the difficult period of reconstruction.

Also, due to a lack of supplies and price increases of meats due to scarcity, the US military mainly relied on rationed sausages (hot dogs) or canned luncheon meat as a source of protein and physical strength.

Hoping not to waste a single bite, the expired and leftover products were taken by nearby Koreans. In the small markets near the US military camps, it was easy to buy the canned food sold by the US military. These canned luncheon meats are cheaper and became a food source for the surrounding residents at that time.

But after all, no matter how you eat it, canned and heavily processed meat just doesn't have the same quality as genuine meat.

So, Koreans began adding chili sauce and spices to water to add more flavor to the relatively hollow and uninspiring taste of luncheon meat. There are also stories that it was originally made to go alongside Korean rice wine (makgeolli).

But whether that is true or not, the process and recipe has remained relatively unchanged since the first time it was concocted: Fry the meat and veggies in the pan with oil, then add the broth and kimchi.

HOW TO COOK IT As time has gone on, people have moved on from the sad history of the dish and tried to give it a rebirth as a simple, cheap, hot meal for anyone in need of something to lift their spirits without breaking the bank.

The method of cooking and the recipe itself are all very simple, featuring ingredients that are easy to acquire and plentiful in Korea. You can make this dish at home anytime you choose.

You want to begin by cutting everything into smaller pieces. It is true Korean style to cut the meat diagonally. You can cut them according to the size that you want, but if you cut everything too small, then it will cook very quickly and lose its flavor.

You should also soak the seaweed in a separate bowl with water. This will become the broth. 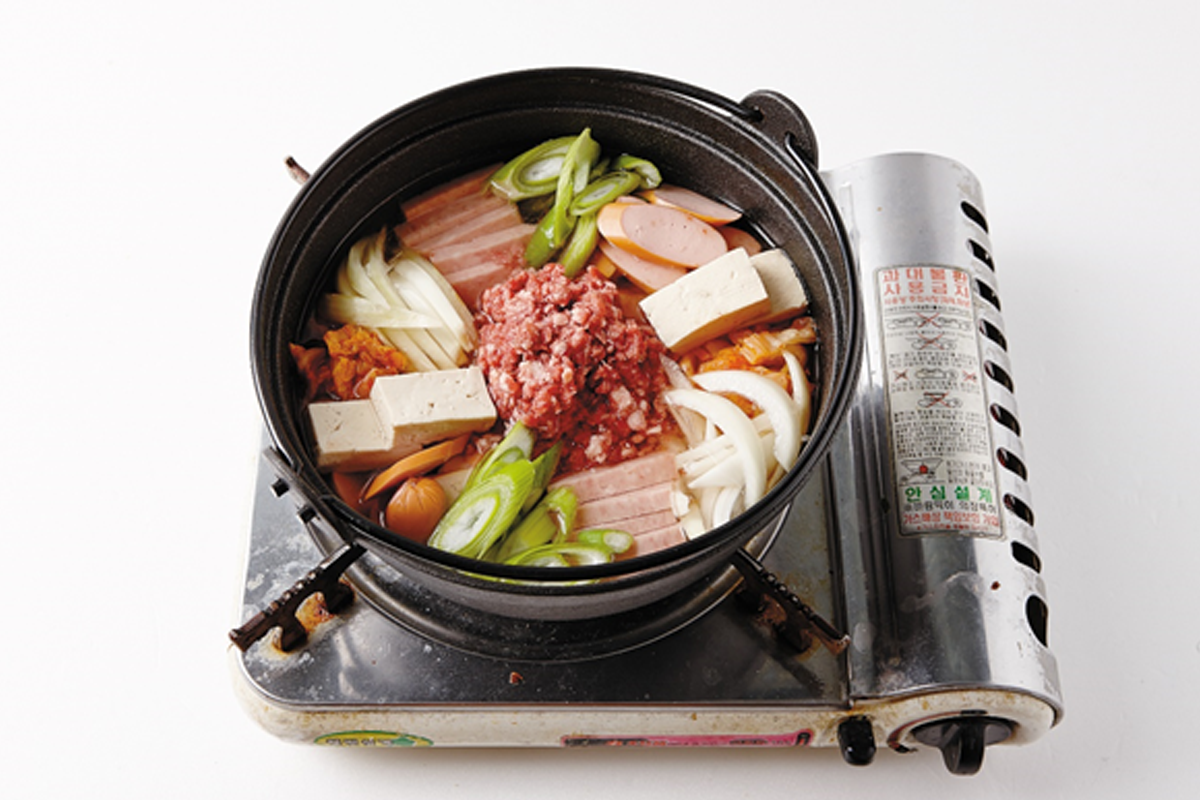 Put sliced ham, hot dog slices, tofu, kimchi, onion, green onion, and other shredded pork in the pot, then pour the broth (including the seaweed) into the pot and cover.

Turn up the heat and let it start cooking. You can add the instant noodles when it starts boiling.

Boil until the water is bubbling and stir consistently. Once everything is cooked to your satisfaction, you can eat it!

You can also throw in a few slices of cheese to neutralize the spiciness. Although the ingredients are relatively uniform, the taste varies from place to place depending on the historical development.

For example, Uijeongbu is one of the cities closest to the armistice line. In addition, Pyeongtaek is also the location of the U.S. Air Force base and they cook it the same way as Uijeongbu.

Types of buddaejjigae are mainly divided into "Uijeongbu style" and "Songtan style."

The Uijeong-style makes the broth by boiling the meat in the broth, giving it a more greasy yet hearty flavor. Songtan style is filled with more ham and sausage, as well as cheese slices, which tastes richer and the soup turns out to be much thicker.

In addition, there is also a kind of budaejjigae that less people know, called "Johnson soup (존슨탕)," which refers to the army stew near the Yongsan District of Seoul, where there has been a historically heavy US military presence. The source of the name "Johnson soup" is from the American President Lyndon Johnson, who ate it during his visit to South Korea in 1966.

It uses beef bones to make the broth, and throws in ham, hot dogs, and chili sauce, but does not include kimchi or instant noodles. It is completely different from the Korean style of budaejjigae, so it is also called the "American army stew."

Hopefully you found this historical narrative of budaejjigae useful and have been inspired to try all the different variation of this classic dish.

It's always interesting to learn the history behind the things that we see all the time, isn't it? 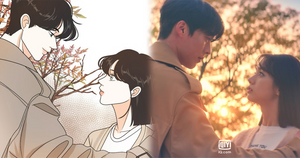 A Complete List Of Webtoon-Based Dramas In Korea for 2021