Samsung is not longer the first choice for Korea's graduates. What's the company that many graduates dream of joining in Korea in year 2021? We believe for many of us the first company that comes to mind when talking about a Korean company must be Samsung, right?

However, Samsung, which everyone seems to want to work at, is surprisingly not the company that Korean students and graduates want to enter the most.

Take a look at Jobkorea and Incruit's survey results below and see what the number one dream company for Korea's university students was in 2020!

Job Korea, a South Korean employment website, conducted a survey on the preference of companies ranked in the top 100 in terms of total market value for 1,616 college students last summer.

The results are as follows: 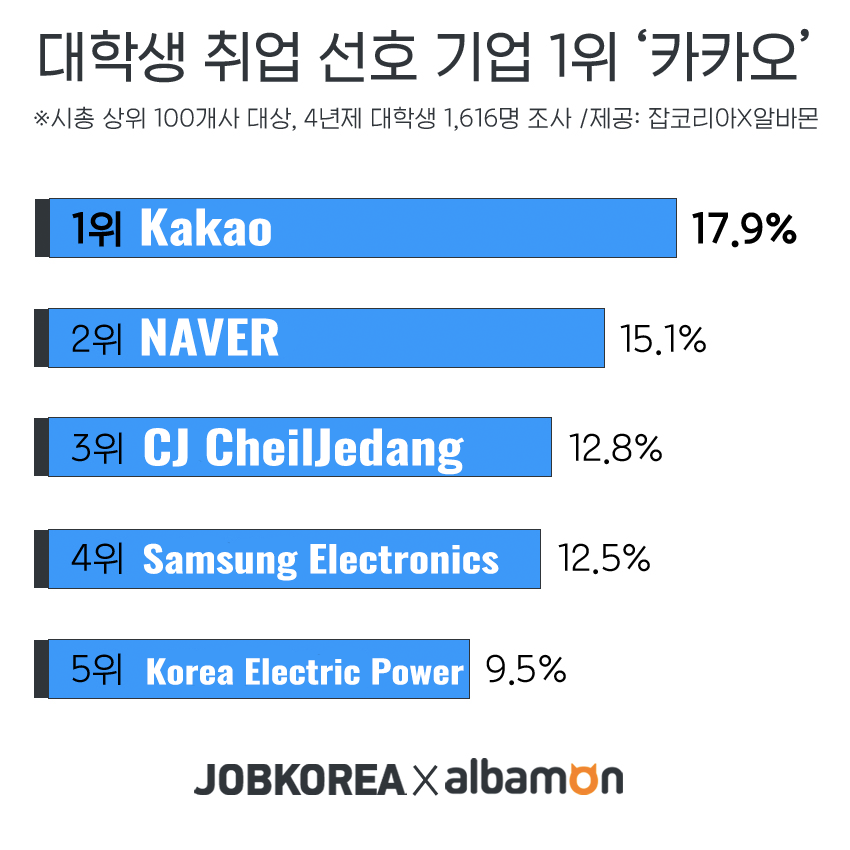 University students who major in liberal arts, arts, physical education and etc. have a very good impression of Kakao and NAVER.

There are 23.3% of humanities and social science majors who chose Kakao as their most favoured company for employment.

22.4% of management and accounting majors, as well as 22% of arts and sports majors, also have a high percentage of support for Kakao. When it comes to job seeking, most university students considered "welfare system and working environment" as their primary choice (65.8%), followed by annual salary (47.5%) and freedom at work (33%).

These considerations slightly differ by industry.

For Kakao, NAVER and CJ, welfare system was the biggest factor chosen, while Samsung Electronics for being considered a pioneer in the industry and Korea Electric Power for work stability.

The Companies Korean University Students Want To Work At

In this survey, Incruit asked university students their preferences about the top 150 KOSDAQ-listed companies.

A total of 1,045 students participated and the results are as follows: 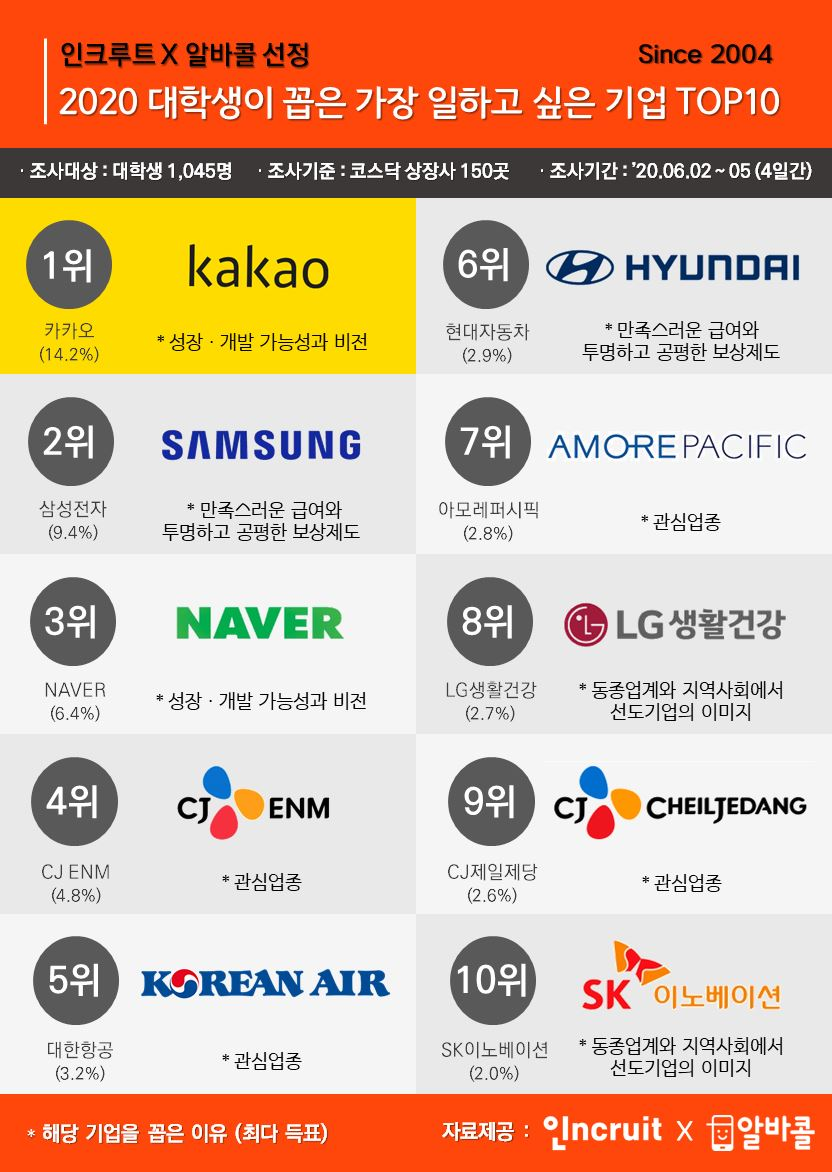 The most popular company among college students is Kakao, leading with 14.2% of votes, which aligns with Jobkorea's survey.

The highest reason for choosing Kakao was "the possibilities of growth and development" (28.1%). Especially during the times of the pandemic, Internet platforms including Kakao have shown a relatively large growth potential. 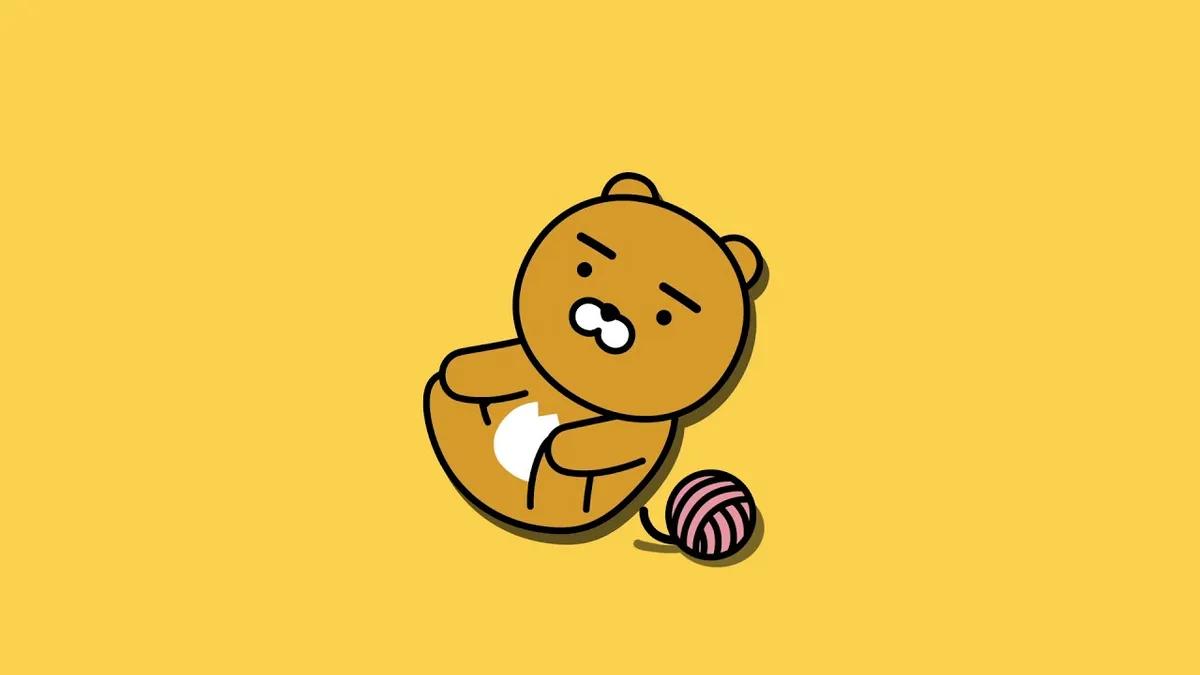 NAVER, which was ranked the first place in the previous year, ranked in third in 2020.

Samsung Electronics took second place with 9.4% of the votes.

Since 2004, Samsung Electronics was voted first place for 10 consecutive years until 2013. It is still considered the best workplace for locals given the monthly salary, company's welfare and job security. 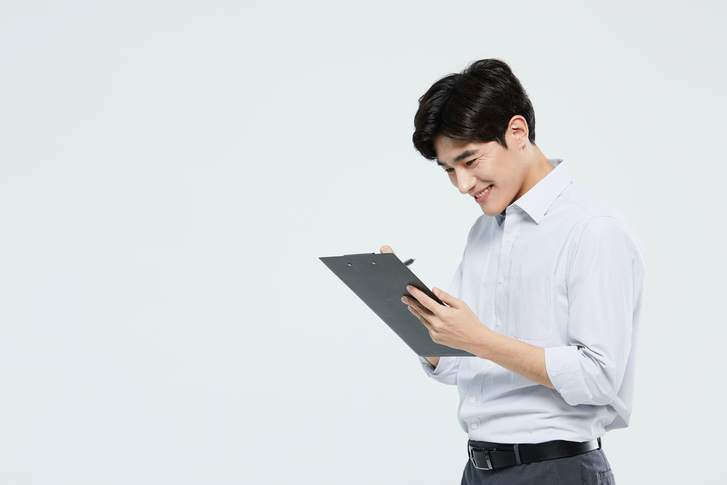 We wonder if you predicted this result or some of them came as a surprise to you!

If it were you, which Korean company would you choose and why? Let us know in the comments below.