The bags are from Gucci, shoes are from Balenciaga, but lunch is gimbap from a convenience store? How many luxury brand products do you own?

Long ago in Korea, luxury brands were a symbol of success and power that only middle-aged or successful people had possession of.

Recently, the luxury market in Korea has completely transformed. Not only are the millennials in their 20s and 30s splurging on these items, but teenagers are also willing to spend thousands on luxury goods.

I used to work a part-time job at an academy where many middle and high school students in Korea attended, and I was shocked to hear them talk about luxury wallets, bags, and cosmetics.

Today, let's dive deeper into the reasons for the craze behind luxury brand consumption in Korea! Have you heard of 'open run'?

An open run refers to when consumers run to the store as soon as it opens.

Since last year, there has been an unprecedented craze for luxury products in Korea, which is why it's so common to see people lining up in front of a department store. Open runs got so out of control that part-time jobs were being created to be an open-run agent.

On average, open run agents receive 100,000 won per day and if they successfully manage to purchase the products, they will receive 300,000 won. According to the provider of strategic market research, Euromonitor International, Korea's luxury goods sales grew to 125.42B USD while the global luxury market dropped 19% last year.

There is a reason for this increase in sales. This is because the consumption of luxury goods among the MZ generation - a Korean term that refers to millennials and Generation Z (people born between the 1980s and 2010s) - has increased tremendously.

Shinsegae Department Store's sales of luxury goods within the people in their 20s and 30s have already exceeded more than half of its total sales. 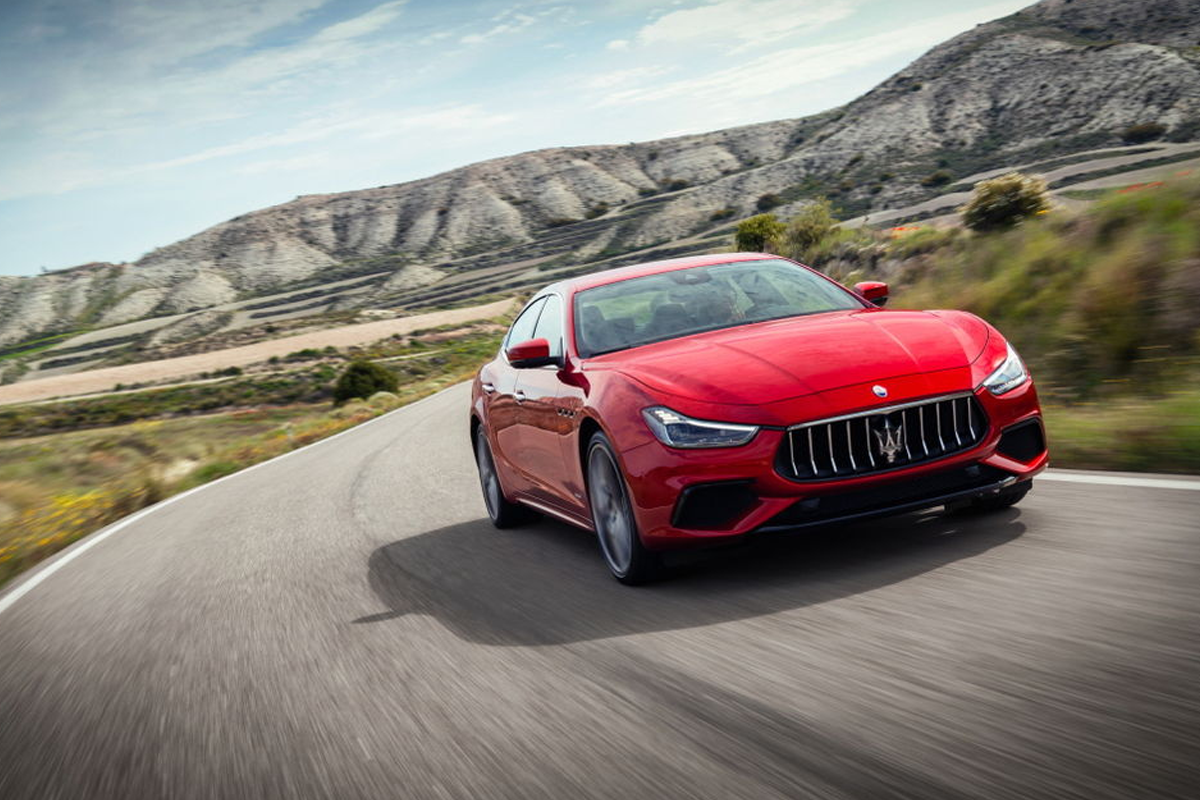 The people that purchased luxury cars the most were also in their 30s.

It is said that people in their 20s and 30s have contributed to 40% of the total sales. 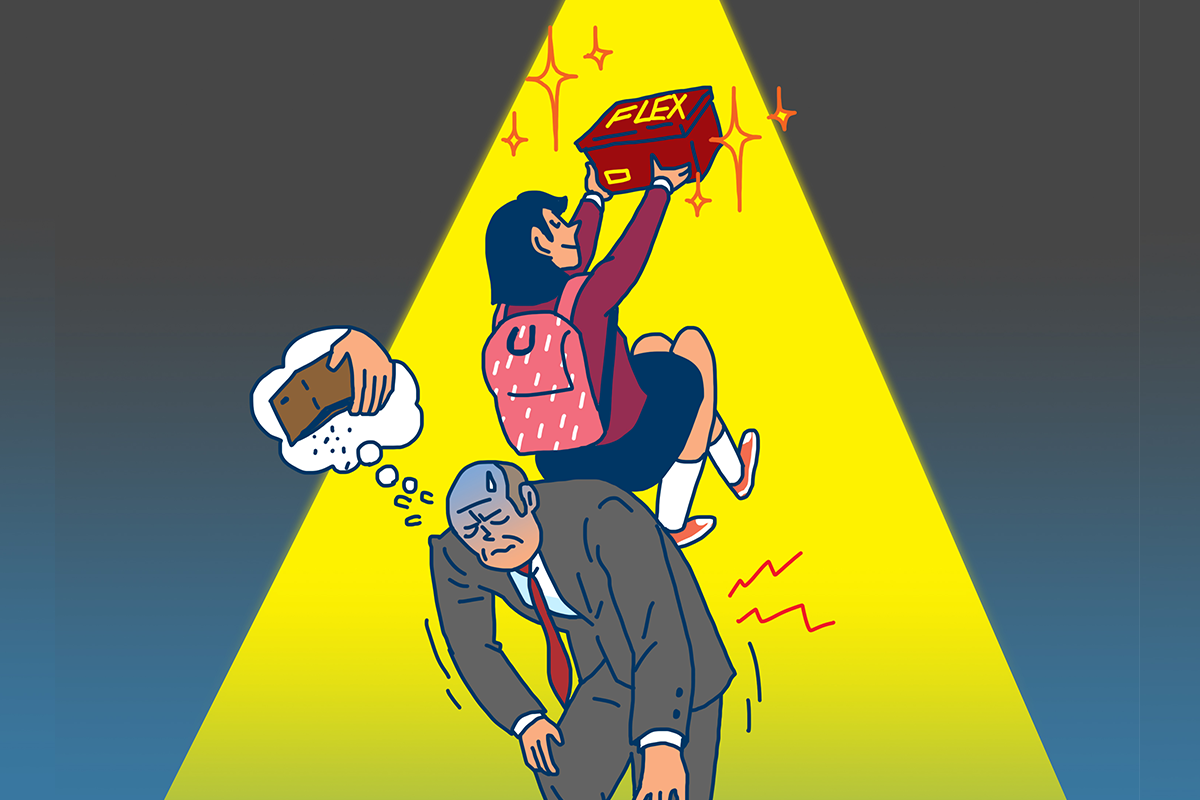 What's more surprising is that luxury consumption has impacted teenagers as well.

Do you know the song by BTS titled Spine Breaker?

The word 'spine breaker' was made about 10 years ago when The North Face padded jackets, ranging from about 500,000 won to 600,000 won, were popular among Korean teenagers.

The word refers to parents working so hard that their spine breaks to be able to afford expensive clothes for their children. However, today's spine breakers have gotten much more intense than 10 years ago.

Teenagers are starting to want luxury goods worth tens and millions of won! 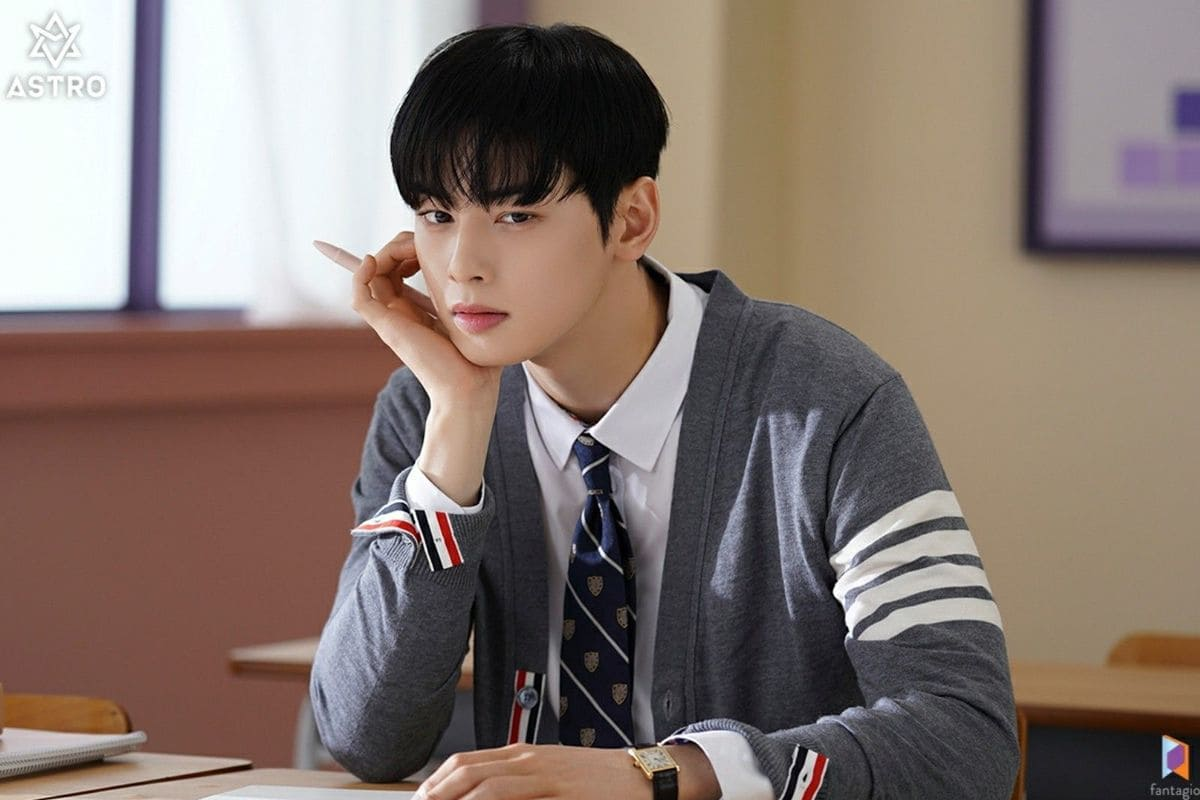 In a survey of middle and high school students conducted last year by Smart Uniform, a Korean school uniform brand, 56.4% reported to have purchased luxury goods.

In addition, according to a survey of teenagers and people in their 20s conducted by Alba Cheonguk (알바천국), a part-time job searching platform last year, 33.6% of teenagers said they plan on purchasing new luxury goods with pocket money they received on Chuseok. What's strange is that the MZ generation is not even financially stable enough to afford so many luxury goods.

First of all, teenagers are students, so most of them don't have a job which means they can't afford luxury goods.

So usually it's the parents that buy them the expensive products for their children.

Or there may be some cases where teenagers save pocket money they received from their parents or work part-time to buy expensive items.

However, considering that the minimum wage is 8,720 won as of 2021, teenagers have to invest a really long time to buy expensive luxury goods. The case isn't much different for people in their 20s and 30s.

According to MDIS, a Microdata Integrated Service, about 320,000 people aged 15-39 years old who attended college or graduated from college were reported to have no job experience.

In Korea, where unemployment has continued to rise in recent years, 320,000 is a very high number.

Even if you are lucky enough to get a job, there are many irregular workers so many workers struggle with job security. 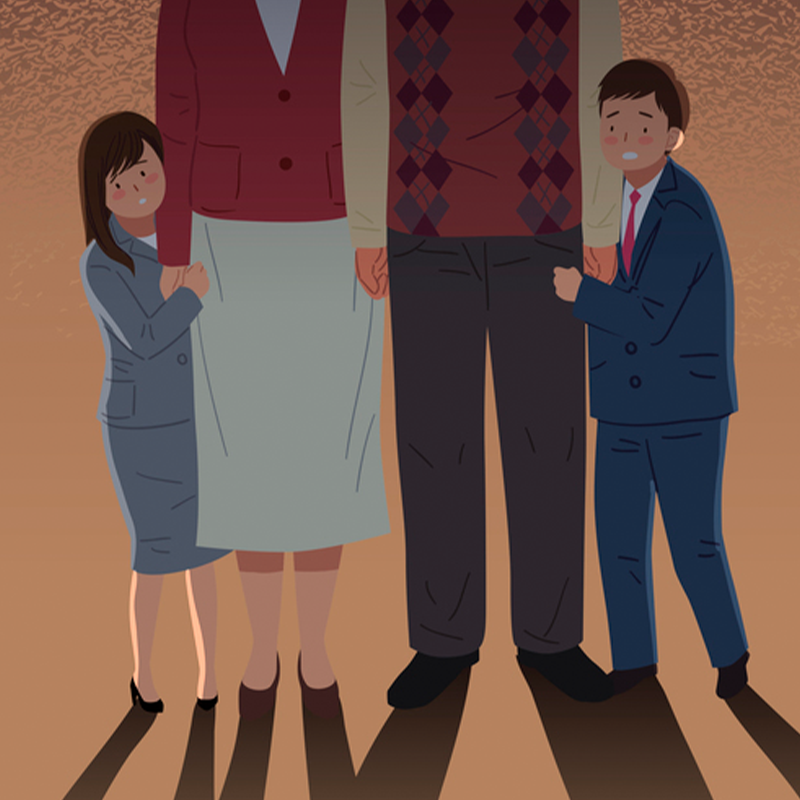 In addition, many people in their 20s and 30s are still dependant on their parents due to the ridiculously high housing prices in Korea.

According to data released this year by Statistics Korea, 54.8% of unmarried people in their 30s still live with their parents.

Nevertheless, there is a perception that the older you get, you must own a luxury product that is suitable for your age.

Although I am a student in my mid-20's, I see a lot of my peers around me with luxury goods.

But it is true that they spend much more than they earn.

So why is the younger generation in Korea so crazed about purchasing luxury goods? The FLEX culture refers to the culture of showing off one's success or wealth.

As the culture of hip-hop became mainstream in Korea, the word often used by artists became deeply embedded in the lives of Koreans.

In other words, it is the FLEX culture that urges people to purchase something expensive that they can't afford to add value to themselves. 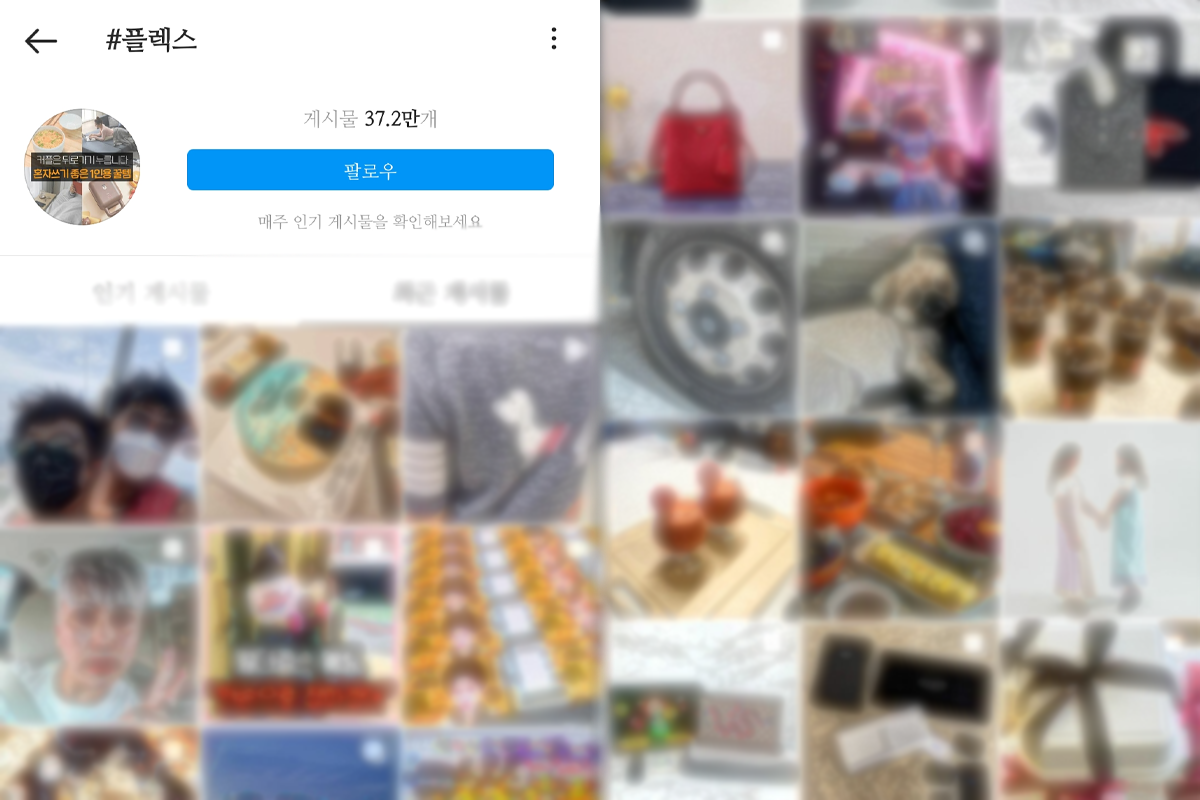 Consumption that's based on this FLEX culture is in line with the desire to show off to others.

Since the younger generation is very familiar with social media, they like to show off their purchases with the hashtag #FLEX on Instagram. In addition, if you search 'luxury unboxing' or 'unboxing haul' on YouTube, there are many contents of teenagers and influencers in their 20s that review luxury goods worth millions of won. 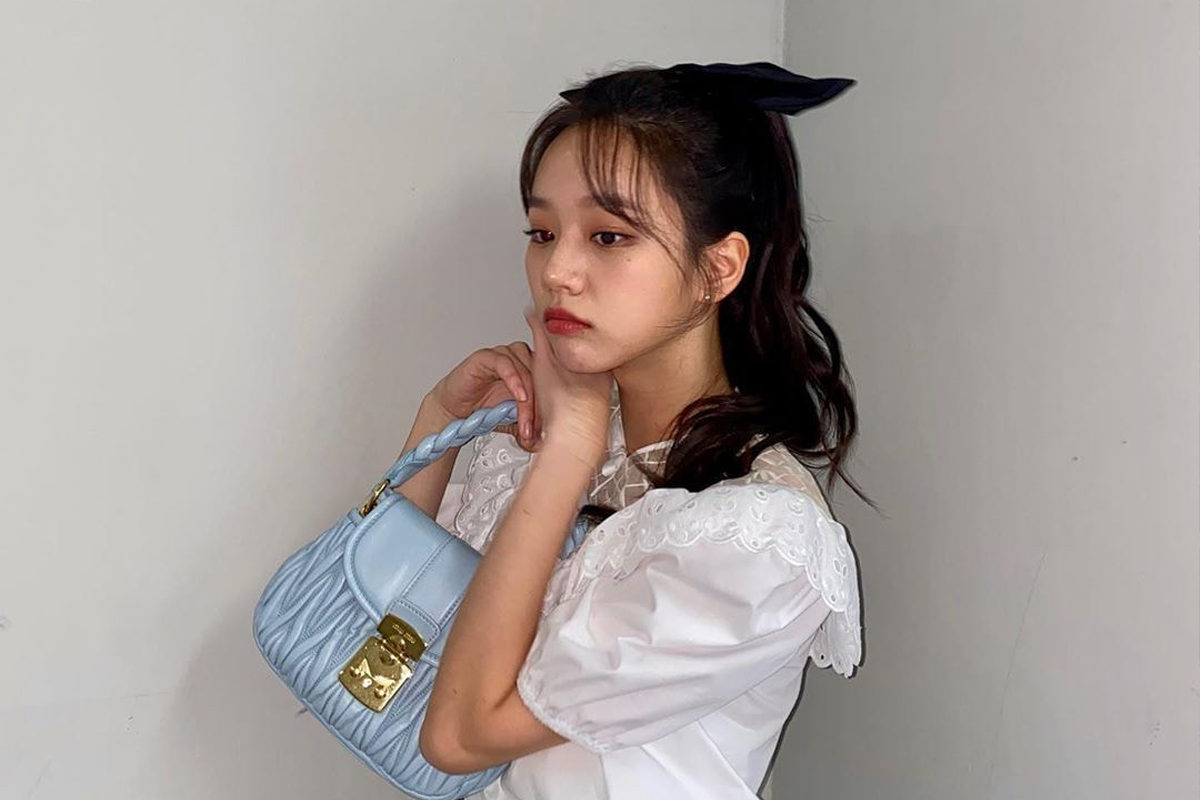 Owning such luxury goods has even directly influenced the way people perceive themselves.

For example, the more expensive a product is, the more they perceive themselves as someone worthy enough to own those products. I'm sure you've heard of YOLO before.

To refresh your memory, YOLO means You Only Live Once.

It means to pursue a life that values your happiness above all and not make sacrifices for the sake of your future.

The YOLO culture swept through Korea a few years ago and some correlate the increase of spendings on luxury goods to the YOLO culture. As I mentioned briefly above, the housing prices in Korea are ridiculously expensive.

It's extremely difficult to secure your own house in Seoul or anywhere near Seoul for that matter.

As real estate prices soar through the roof, many realize that no matter how hard they save their hard-earned money, they won't be able to own a home. 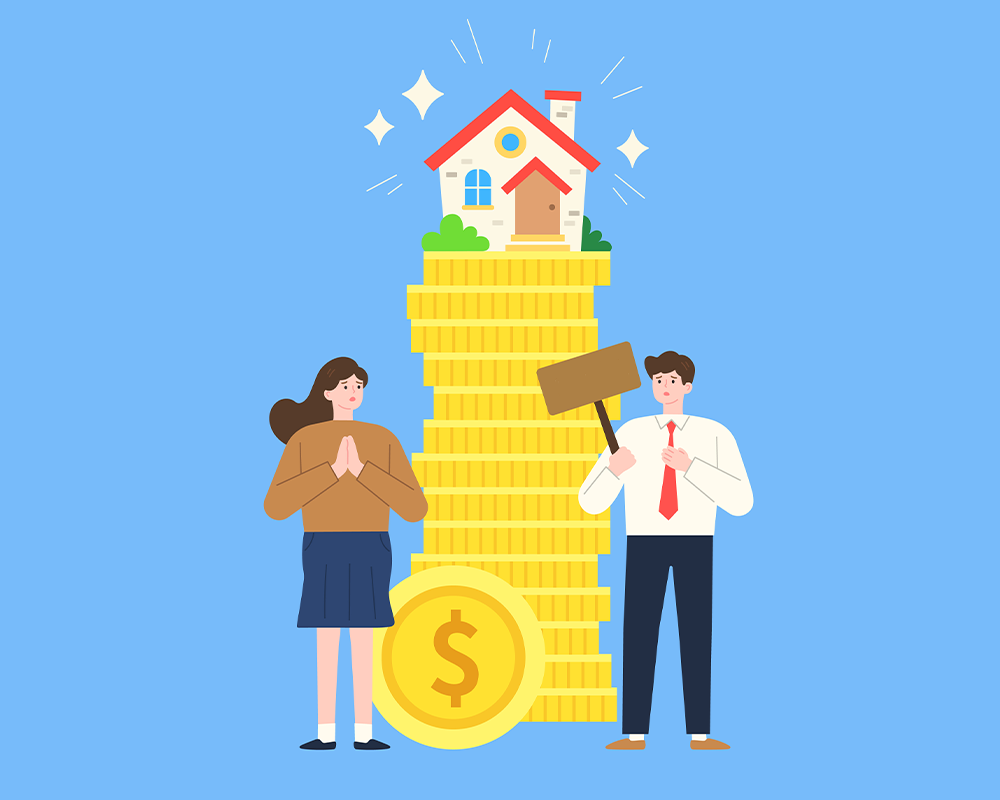 In fact, according to the 2019 wage and income results released by Statistics Korea, the average monthly income for people in their 20s is 2.21 million won (Approx. $1,977 USD). Therefore, many people choose to give up buying a house and instead pursue their own happiness by increasing their consumption of luxury goods.

Many younger Koreans would rather save their monthly income little by little and splurge on a luxury good to satisfy them. 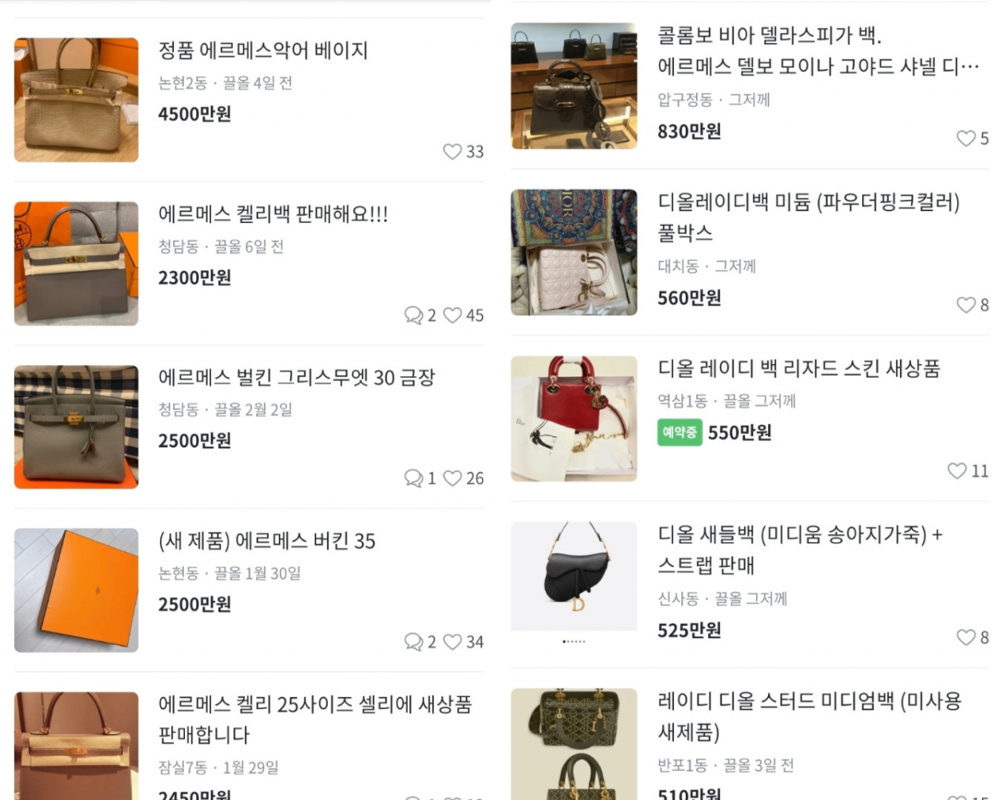 In recent years, the second-hand market has grown significantly.

Anyone can easily sell their used products and purchase items for a deal with apps like 'Danggeun Market' (당근마켓).

On these platforms such as in the picture above, even luxury goods can be found. The MZ generation considers the experience of owning a luxury product more valuable than actually owning the product forever.

So they enjoy selling their second-hand products and purchasing new products with the money they earned. Rather, if it's a limited edition product or a product that has increased its price, it can be sold for much higher than what you originally bought it for.

This type of consumption relieves the burden of buying new products.

Let's have a look at some of the issues and problems that may arise from luxury goods consumption. 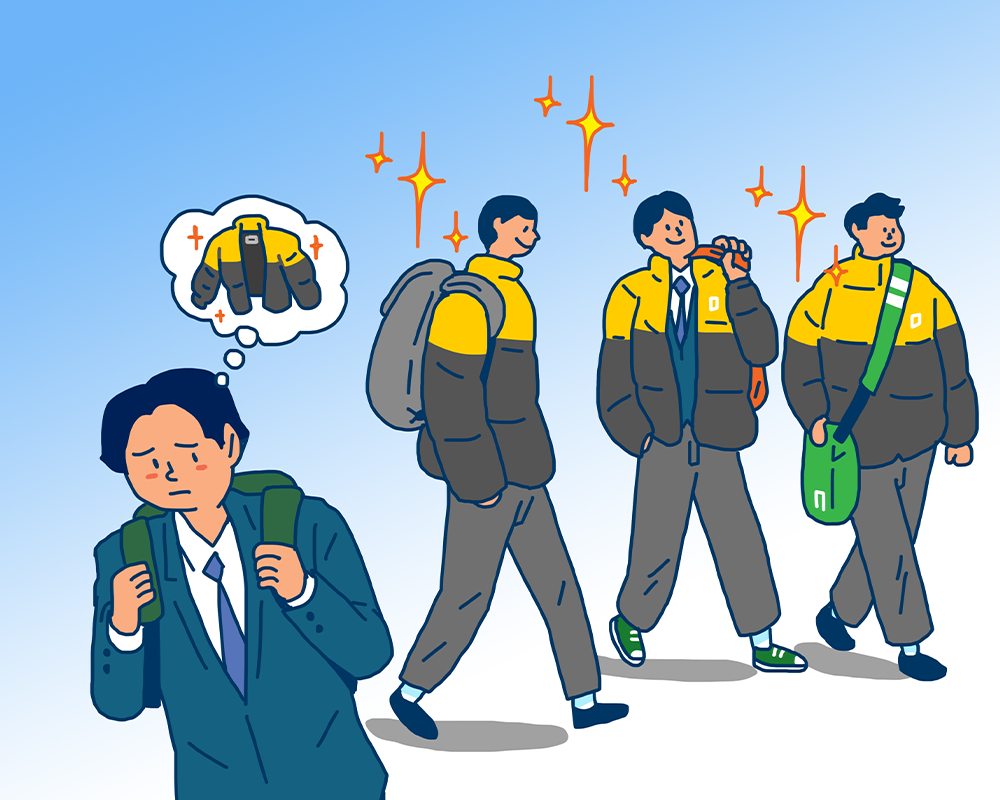 First, purchasing luxury goods can cause alienation for groups that struggle financially.

In particular, if the social class is formed among teenagers that divide individuals with luxury goods and without, those that can't afford luxury goods will feel deprived and alienated. In fact, some comments found under a teenage YouTuber's luxury brand haul read "Must be nice to have nice parents." and "I struggle to buy even products that are worth 50,000 won."

These comments reflect the darkness behind the strange phenomenon in Korea. Second, the polarization of consumption occurs and becomes an issue.

However, as of recent, the problem of consumption polarization has risen as people with low incomes also began to save their monthly income for months to afford expensive goods. 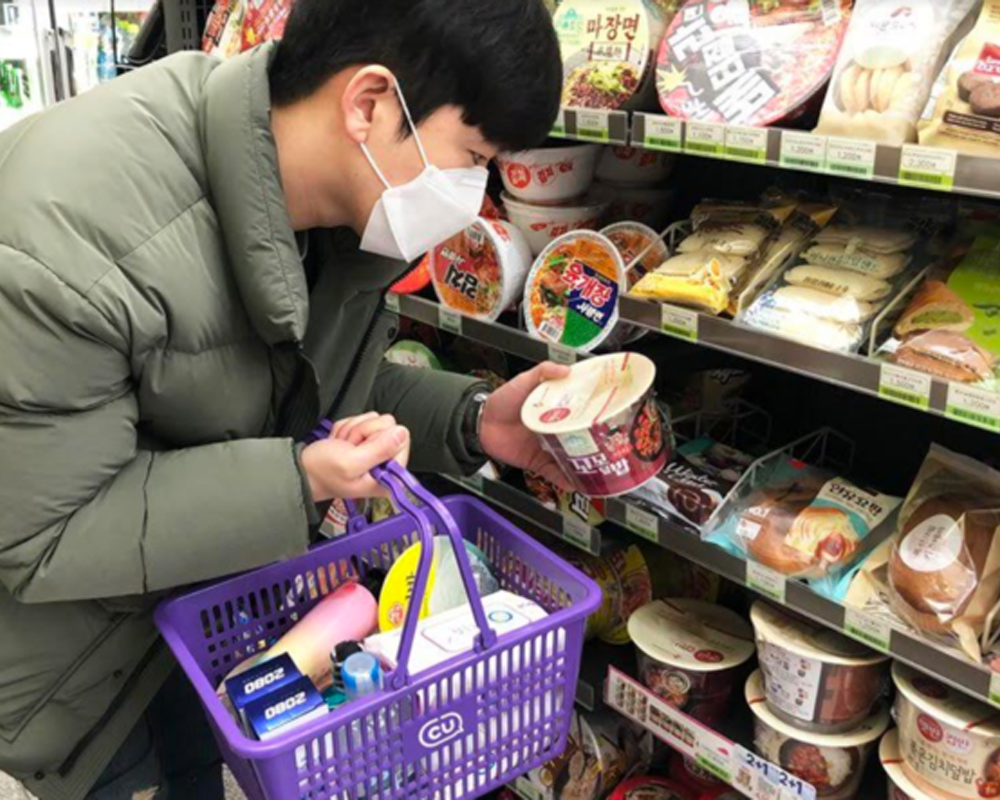 In other words, they refrain from purchasing low-cost necessities to buy high-end products.

The overall spendings increase, but it becomes an issue because it has a negative impact on the Korean economy. As such, it's difficult to define the increased consumption of luxury goods in Korea as mere splurges.

It relates to the pursuit of happiness in the challenging realities and their values that have changed greatly from the previous generation.

Like most other things, too much of anything has a negative effect, so it's always good to set some boundaries.

Can the luxury consumption of the MZ generation in Korea be established as a sustainable culture?

Let us know your thoughts down below!