The Uncanny Counter | The Best Fantasy K-drama On Netflix 2021 What started out as one of the most popular and highly rated webtoons has become an instant K-drama sensation. The webtoon goes by the name Amazing Rumor. But they decided to change the name to The Uncanny Counter for the drama.

The Korean title, 경이로운 소문, stayed the same for both the webtoon and the drama. 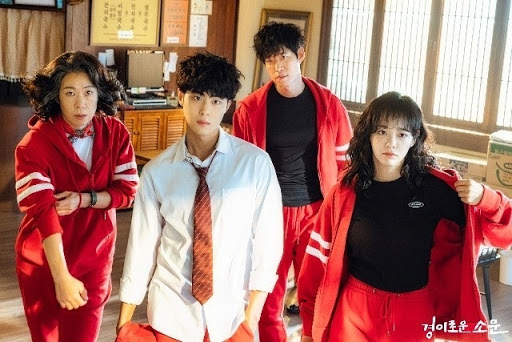 It is being aired on OCN, which isn't particular known for its drama offerings. But this one is a clear exception.

In fact, by the end of its run, many people think it could break into the top 10 list of the most popular dramas to have aired on a paid cable network.

There are a lot of positive things in this show that have gotten fans talking, from the story, to the acting, to the effects. So let's dive in and explore this world of fantasy together.

The 9th and 10th episodes were originally set to be aired on December 26th and 27th respectively, but due to some internal scheduling arrangements, have been moved to air on January 2nd and 3rd, pushing back all episodes by one week.

The cast and crew are already in talks to produce a second season. Currently, they are anticipating production to begin in September of 2021 with the new season airing early 2022. 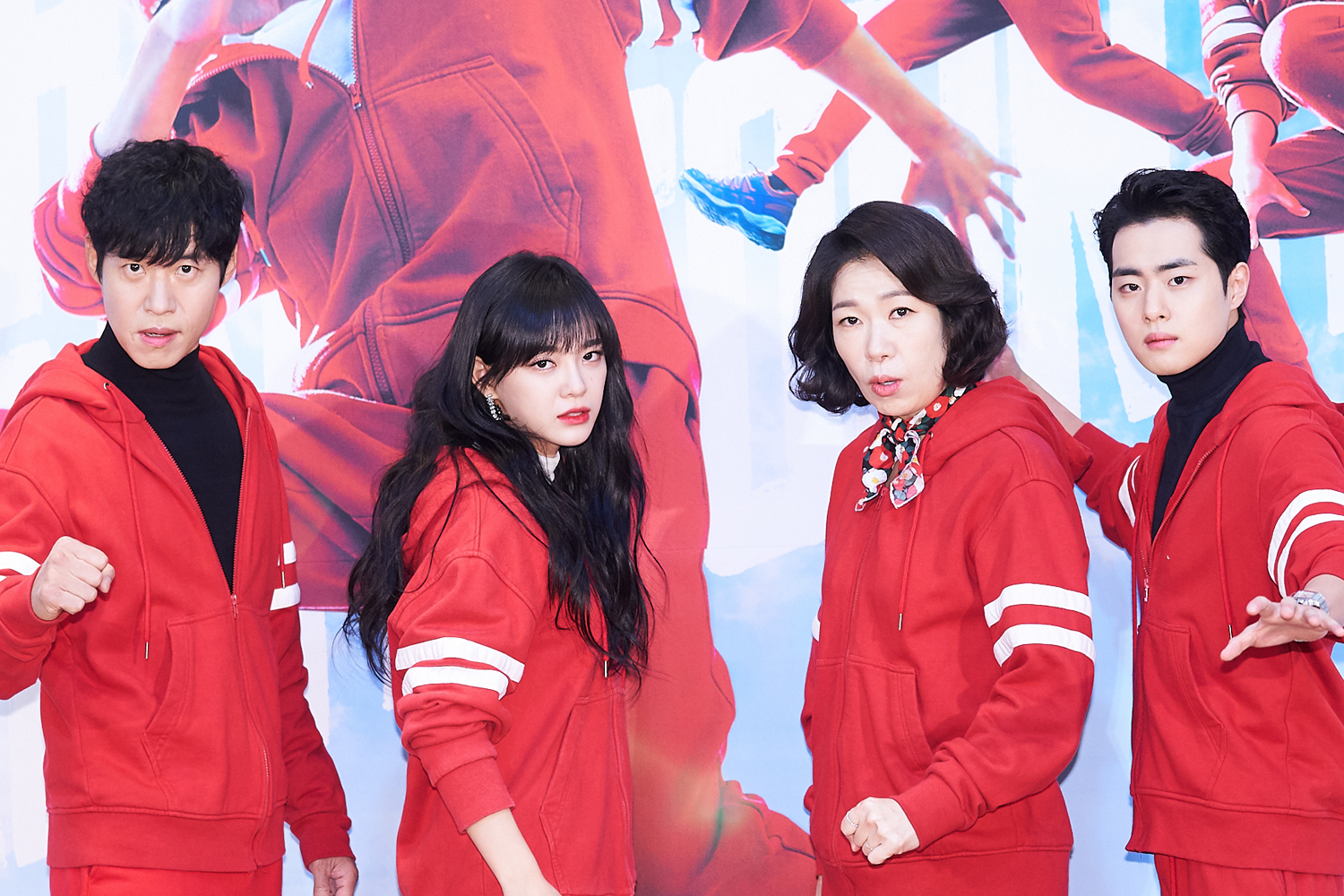 The plot is very fantasy heavy, yet uniquely human.

There are a group of people called the "Counters".

They were originally people in a coma, but their partner spirit from Yung, the boundary between life and death, possesses their body, giving them supernatural strength and abilities. The more spirits the evil spirits take over, the stronger they become.

The job of the Counters is to find evil spirits that have escaped from the afterlife.

They often infect evil and murderous people, fueling their propensities for crime and violence. So, the Counters must defeat the evil spirits and send them back to the afterlife.

In the process, one of the Counters is killed and their spirit gets taken over by the evil spirit. So in a desperate attempt to find a suitable host to possess, the partner spirit from Yung begins to possess a crippled boy named So Mun. 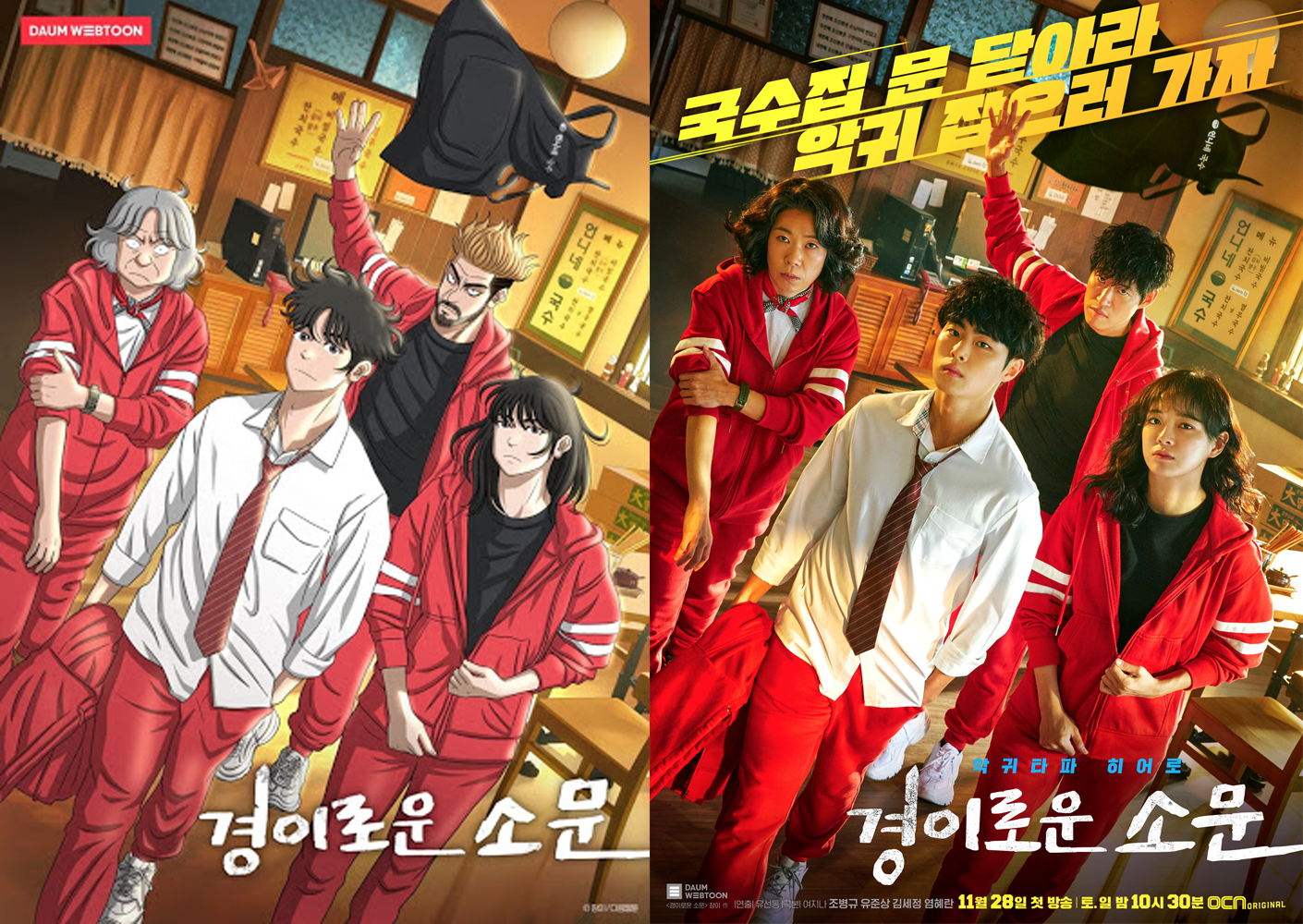 The drama draws a lot of inspiration from the comics and stays really true to its source material.

It is great to see the comic come to life with stylized action scenes and impressive martial arts.

However, it's not all just actions scenes. As the plot develops, we are treated to a wide range of dramatic elements and mystery to keep us enthralled. So Mun lost both of his parents in a car accident when he was just a young elementary school student. The accident left him crippled in his leg.

Now, as a high school student, he hangs out with his friends and they make a superhero comic together. They get bullied sometimes, which adds to their sense of justice and desire to create a world of superheroes that help the weak. 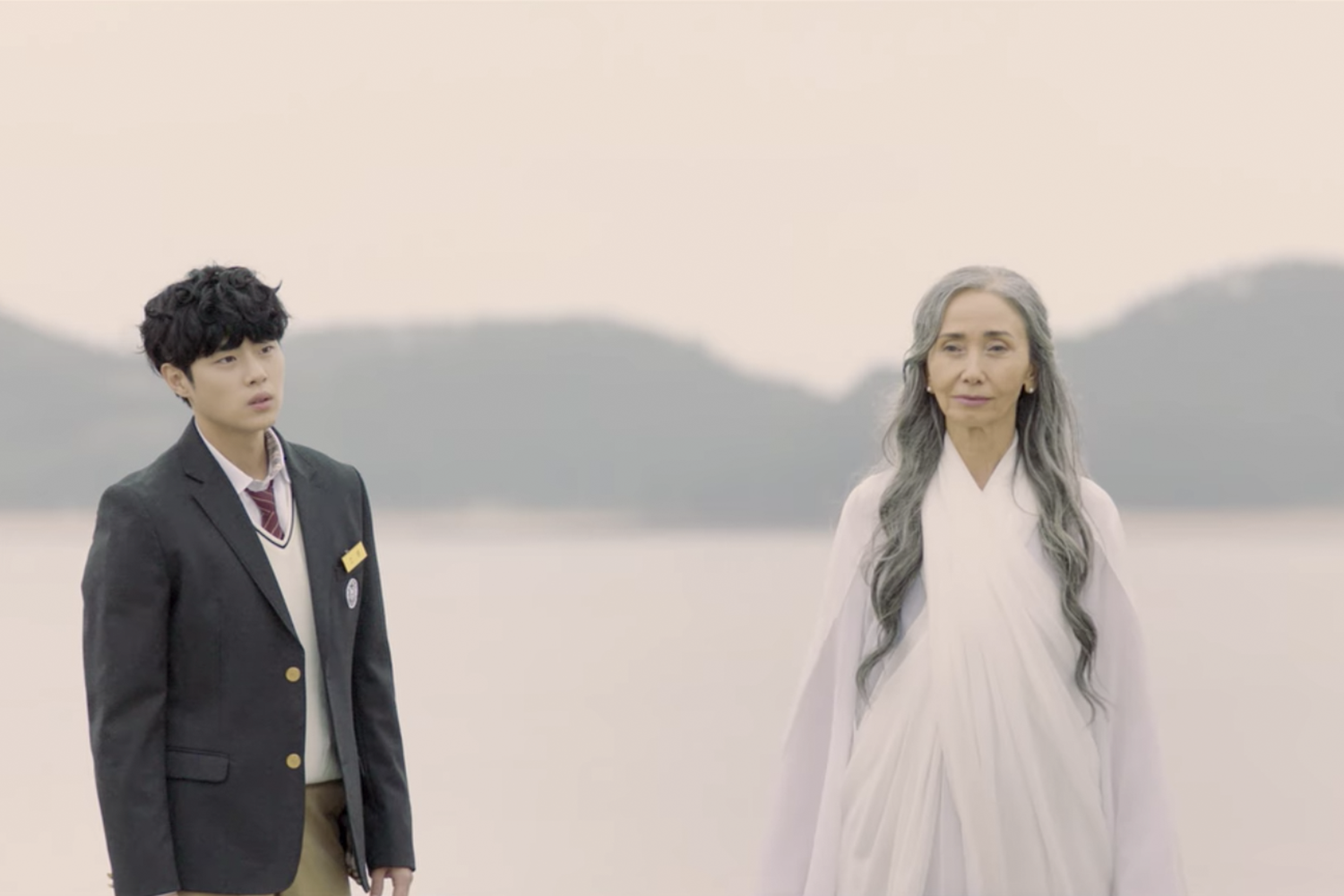 So Mun And Wi-Gen Meeting For The First Time

He gets possessed by Wi-Gen, the spirit of a fallen Counter. Through guidance from the spirit, he goes to the noodle shop and joins the Counters, becoming the youngest member.

He is granted the power of superhuman strength and the ability to sense nearby evil spirits.

He uses his powers to stand up to bullies at school and defend his friends. He also uses them well in his fight against the evil spirits.

As his story unfolds, he begins to learn that perhaps that traffic accident that took his parents' lives wasn't such a routine accident after all... Cho Byeong-Kyu has shown tremendous acting in his previous appearances, especially in Sky Castle, which he is probably most recognized for.

The Uncanny Counter is his first work as a lead protagonist and he's carrying the weight of it really well.

He has lost weight since appearing in Sky Castle and appears more mature, but still fits in believably as a high school student. Mo-Tak is the strongest Counter in the group with a deep backstory. He does a great job mentoring So Mun on his journey to become a good Counter.

Seven years ago, he was working as a police officer. He fell off a building during an altercation with the mob, causing him to enter a coma.

When his life was hanging by a thread, his partner spirit, Gi-Ran, possessed his body and saved his life, but he lost all of his past memories; Who he was, what his job was, who hurt him and so on.

The only thing from his past in his possession was an old name card. The actor, Yu Jun-Sung, is known as the "national husband." All Koreans wish that they could marry a man like him.

In the drama, he has a rough personality but also shows inexplicable kindness. Also, despite being in his fifties, he worked hard to build a visible six-pack for the drama.

Fans on the Internet have a lot to talk about. You might recognize Yum Hye-Ran for her work in Guardian: The Lonely and Great God, where she played a covetous and borderline unlikeable character.

Now, in The Uncanny Counter, she is playing a wise and caring Counter who helps to heal others through her supernatural healing powers.

She is the central pillar of the group. All others revolve around her. 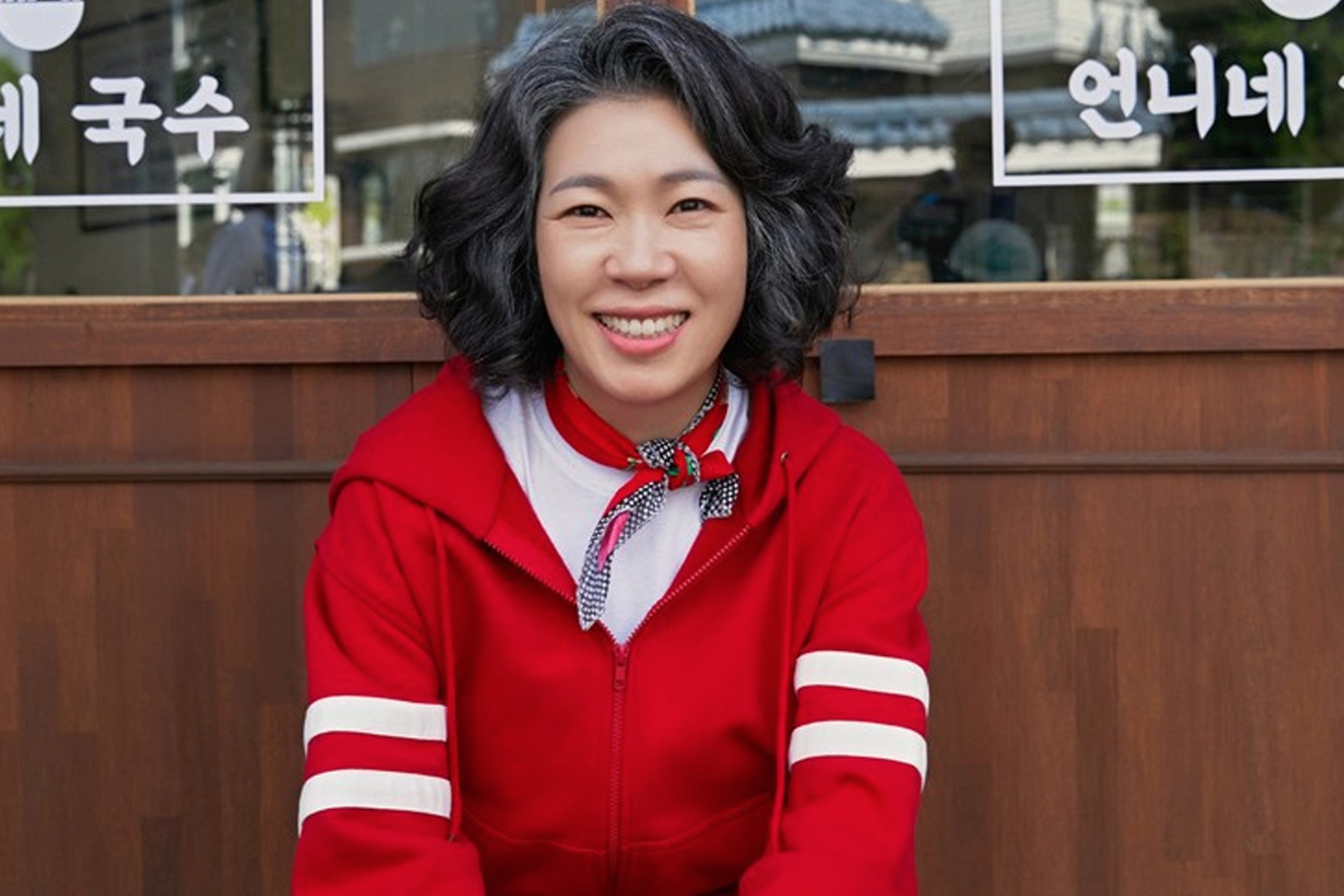 She is one of the only people in the group who is friendly to So Mun in the beginning. She treats him like her own son.

Before she became a Counter, she ran a photo studio. But she fainted and entered a coma, where she became possessed by her partner spirit Su-Ho.

But what made her faint? Were there nefarious forces at work? Do Ha-Na is the most versatile Counter.

She has very strong powers, including the ability to sense evil spirits from hundreds of kilometers away. Most useful is her ability to experience people's memories just by touching them.

Not only that, but she can enter the memories and react with the physical world as though she were there.

She is very standoffish and doesn't like to discuss her past. She also really hates to be touched, probably for the reasons mentioned above. Kim Se-Jeong came in second place on the show Produce 101, then formed a K-pop group Gugudan, which recently disbanded.

Now, she is building up her acting resume and has done some work as a host on variety shows. Fans so far have been impressed by her acting skills. When the show aired its first episode, it squeaked out an acceptable 2.7% rating. By the second episode, however, it exploded to 4.35%.

Since then, word of mouth and internet discussion has skyrocketed the ratings to as high as 8.3% even though it's still only in the beginning of the season. This was an OCN ratings record, surpassing VOICE to become the highest rated show ever on the channel.

Obviously, hopes are sky high for what this drama might accomplish by the end of its run. It is only expected to continue to climb in the ratings, but the pace has to taper off a little bit. Recently, it has become popular to see Korean dramas adapted from webtoons. So far, Itaewon Class, Sweet Home, True Beauty, and now The Uncanny Counter were all adapted from them.

As with most things, there are two sides to that coin.

On the good side, adapting material from online sources, like webtoons, comes with a built-in fanbase. It also requires a lot less creative work on behalf of the crew.

On the flip side, the source material is finite. It ends. So if something is insanely popular, but you've reached the end of the source material, you have to start taking creative liberties that can easily disappoint the fanbase.

So far, The Uncanny Counter has remained true to its source material and fans are very pleased with the offering so far. 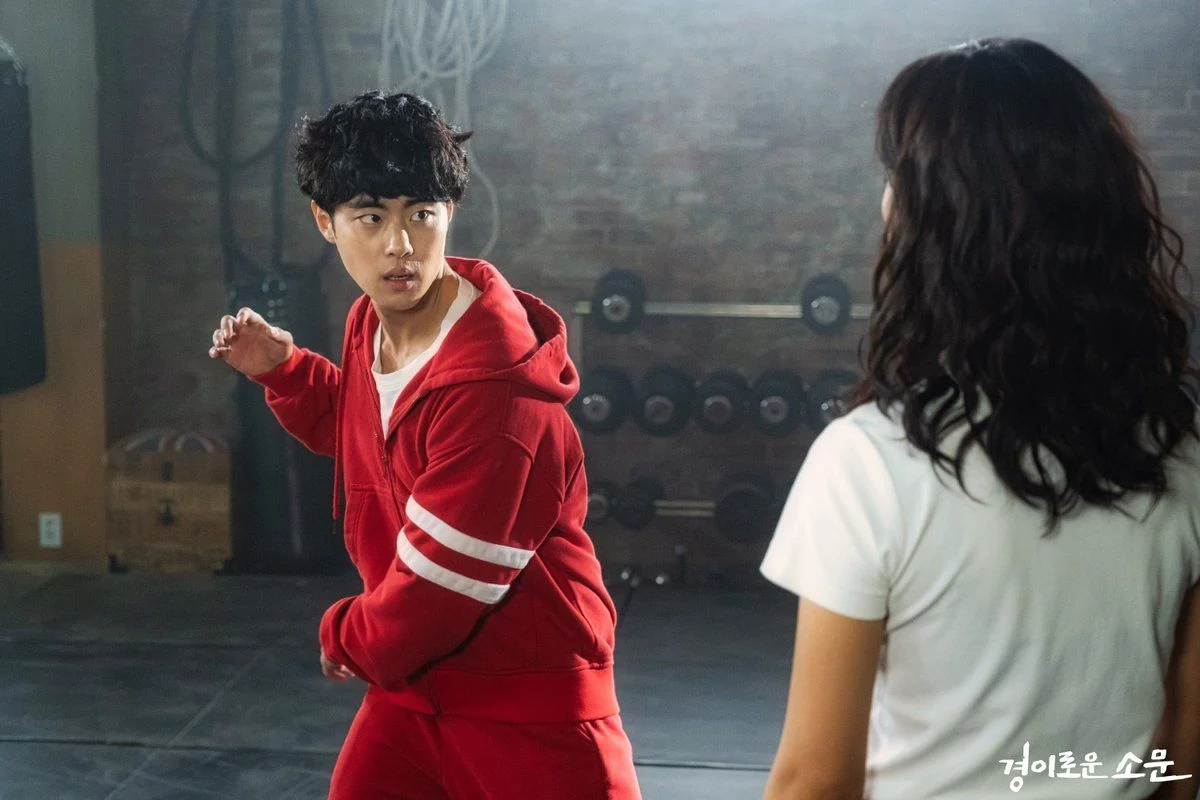 So far, the crew, including the director and producers, have all been saying that the combination of their 4 lead actors has been flawless.

They bring palpable life to the characters and they have the utmost confidence that they will continue to do so.

So let's all catch up on the series and see where it takes us. There are still many episodes left. I can't wait to watch the next one.