Pojangmachas are the perfect combination of street food and restaurant. Come for the food and drinks, but stay because you fall in love with the atmospher.

On the streets of Korea, you can always find colorful tents marking a great little street food restaurant called a "pojangmacha."

Here, you can have a seat on the sidewalk - and sometimes in the street - to eat your food.

It's kind of like a food truck atmosphere, but with full restaurant capability.

So today, let's talk about the culture around these unique restaurants and we'll even go over some recommendations! 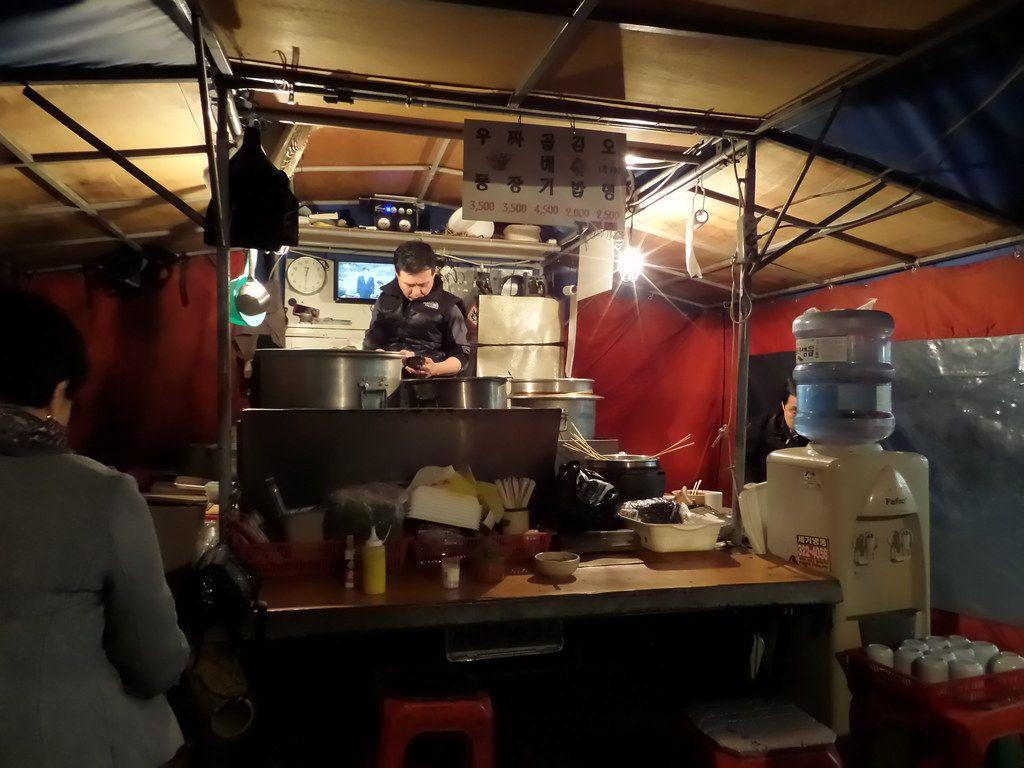 They are meant to be moved easily so that the owners can follow the heavy foot traffic. The kitchen equipment is loaded onto a cart or a table so that it can be pushed, pulled, or driven to another place. The kitchens are capable of making all kinds of hot Korean food for people to enjoy alongside their alcohol.

There are usually stools and small tables for patrons to sit at with their friends. On nights with bad weather, there are tents and awnings to cover the patrons as they eat. On clear nights, you can eat completely outside. It's quite the experience! 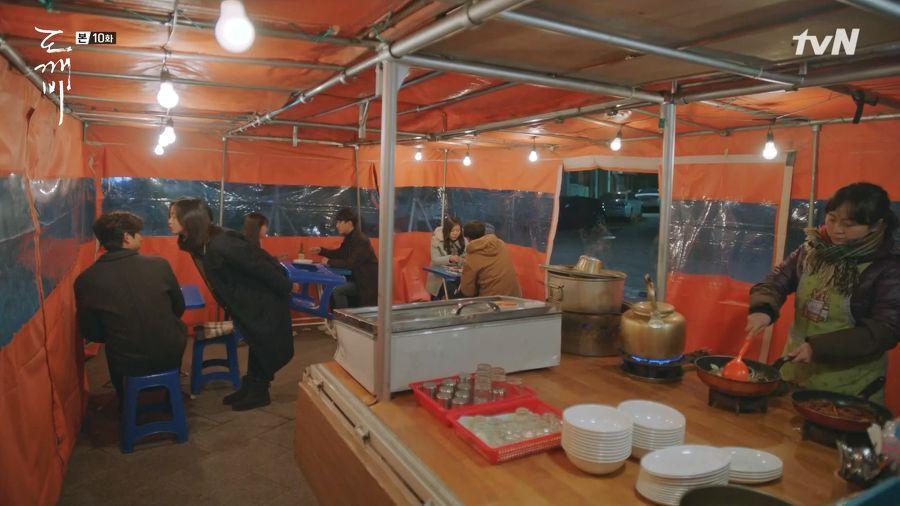 During the cold winter months, pojangmacha owners will make a walled-in box of sorts complete with heaters.

It is a very unique restaurant style that feels like you're going on a picnic! It's a very interesting aspect of Korean culture. 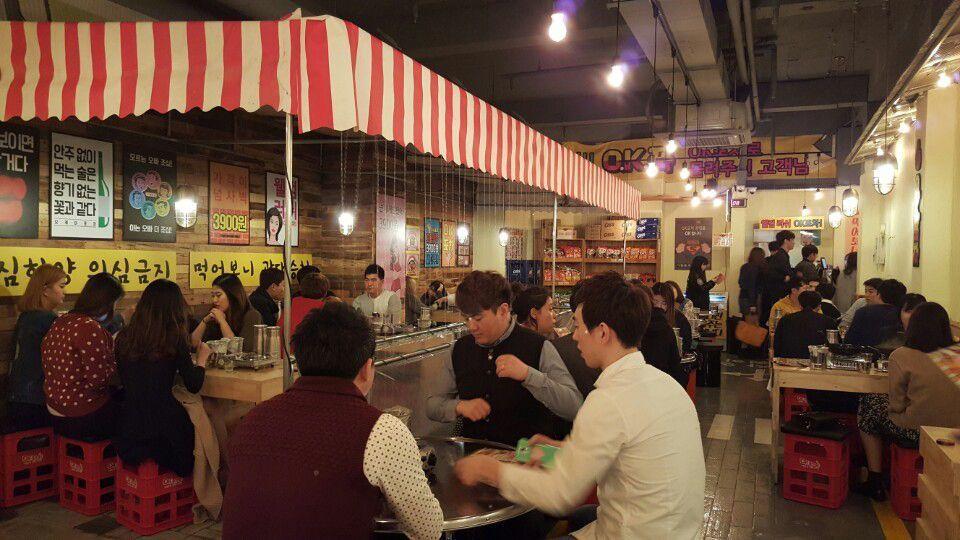 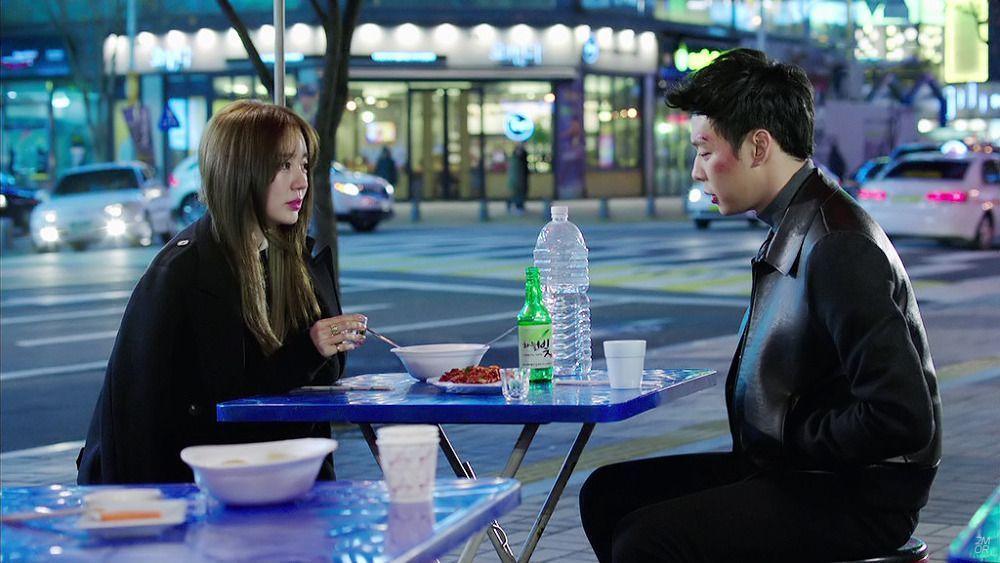 It's a common scene in dramas.

One character experiences some hardship or feels down on their luck, so they head to the pojangmacha to drown their sorrows.

Sometimes, someone of the opposite sex will come to join them and everything takes a turn for the worse (or better). 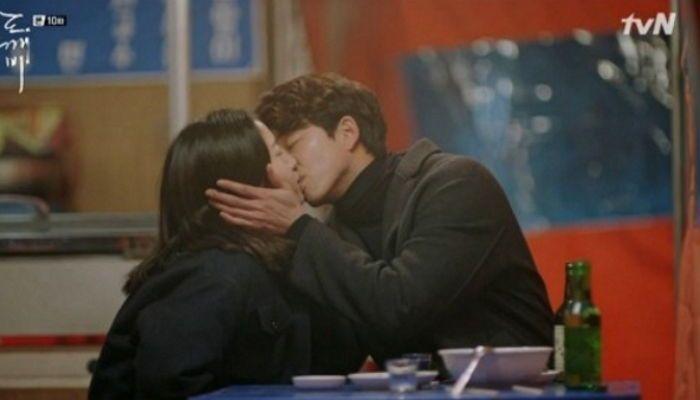 JTBC: The Beauty Inside

Why are the tents so red? Because that's the best color to inspire inspiration!

Like I said, the pojangmacha is the best place for Koreans to organize their thoughts over a cold alcoholic beverage.

It's not a serious place for dinner, just a place to come and be silly, just like in the dramas. 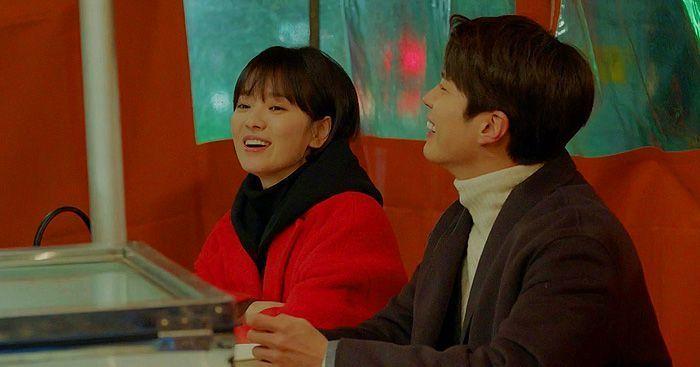 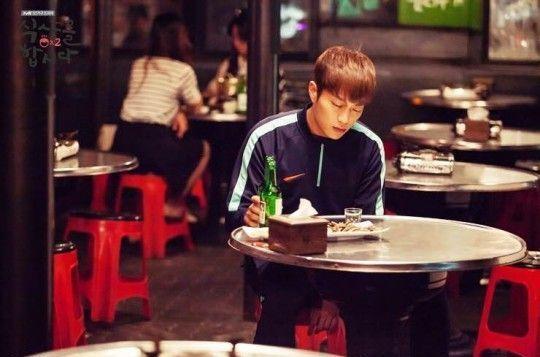 As I mentioned earlier, when Koreans feel troubled, the get a group of friends (or go alone) and head to the pojangmacha. There, they drink away their issues and engage in a lively discussion.

It can also be a very interesting experience for travelers in Korea to see a group of Koreans raucously enjoying soju. Join in if you can! 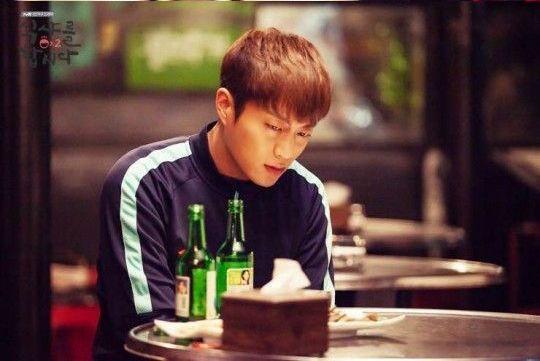 So what makes a pojangmacha different from a bar? It's all about the atmosphere.

When you're in a bar, you can feel interested and maybe inspired by the atmosphere. But in a pojangmacha, you can feel the very soul of the establishment.

Not only that, but being in the pojangmacha inspires people to share their innermost feelings. 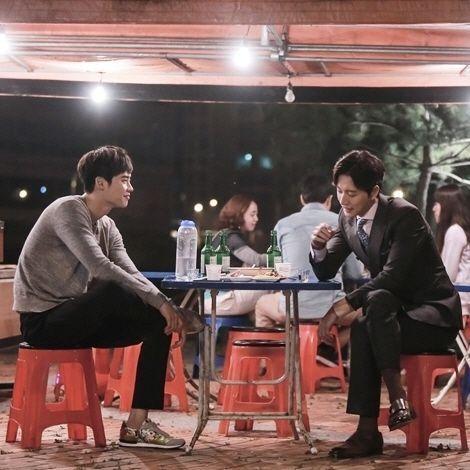 The clientele at the pojangmacha is like a cornucopia of everyone in Korea.

You can run into office workers in suits who just finished work or just ordinary, plain-clothes citizens. Mostly, it's drunk middle-aged men talking about strange things, but that's good too.

That's the beauty of the pojangmacha. Under the canopy, all Seoulites are equal. People of all social circles can mingle and drink together. 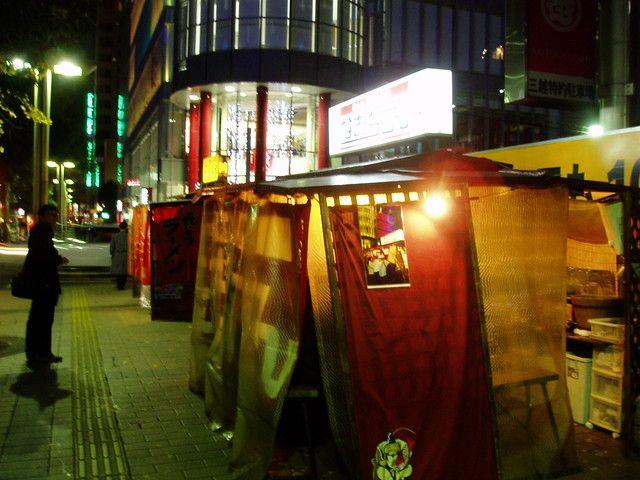 If you start to get sloppy drunk, the worker will probably ask if you're okay and tell you that you shouldn't drink so much. Then, they'll happily sell you another bottle.

It's a really warm atmosphere where emotions run high. Just be careful of the people who get a little too drunk.

Now, let's go over some of the most popular dishes that people eat at the pojangmacha.

The first one is the egg roll. It's extremely popular and served at nearly every one.

The ingredients are cheap and easy to prepare. And it goes well with anything, especially rice and soju, the staples of the Korean diet. 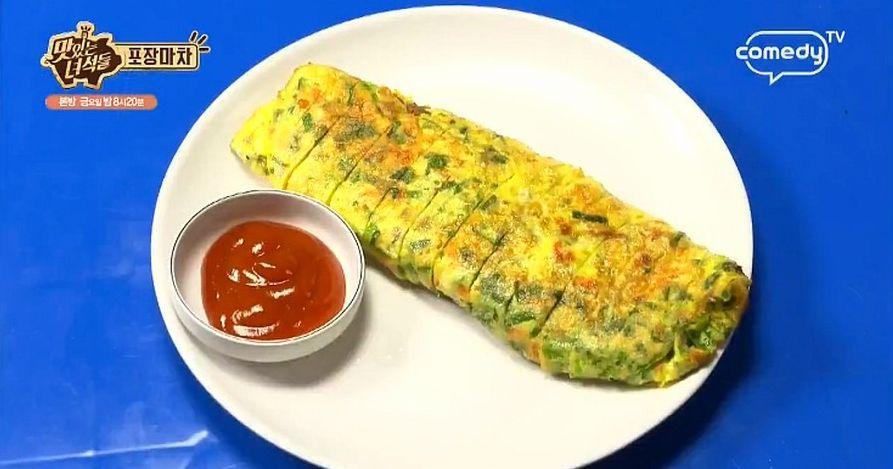 Spicy and chewy eel is believed to be good for hangovers. So it's the perfect match for a night out drinking soju. 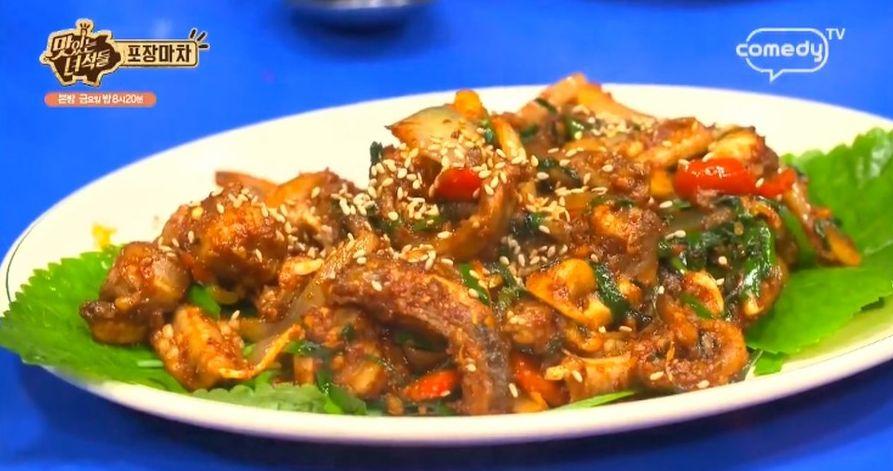 Next is chicken gizzard.

Personally, I think it's a little too chewy and feels a little bit like a choking hazard. But, Koreans really enjoy it alongside soju for its unique aroma and texture. 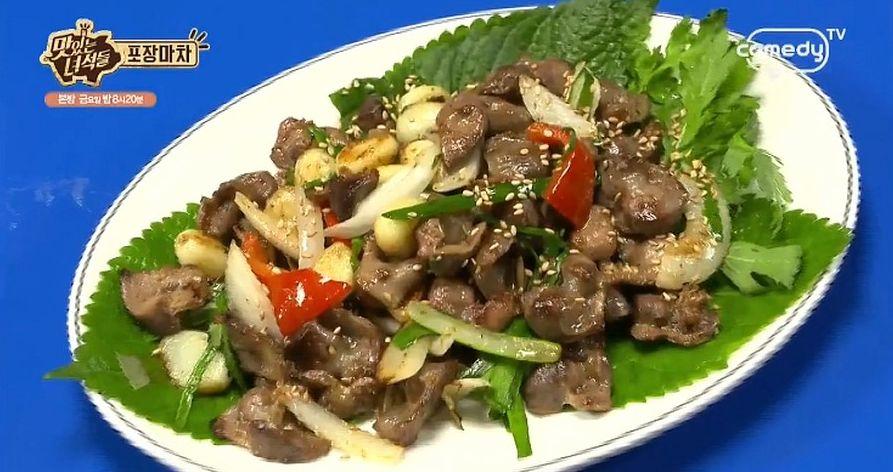 Next is the spicy stir-fried pork cartilage.

The dish exudes flavor. It's a very safe and delicious option for anyone and goes perfectly with a side of rice! 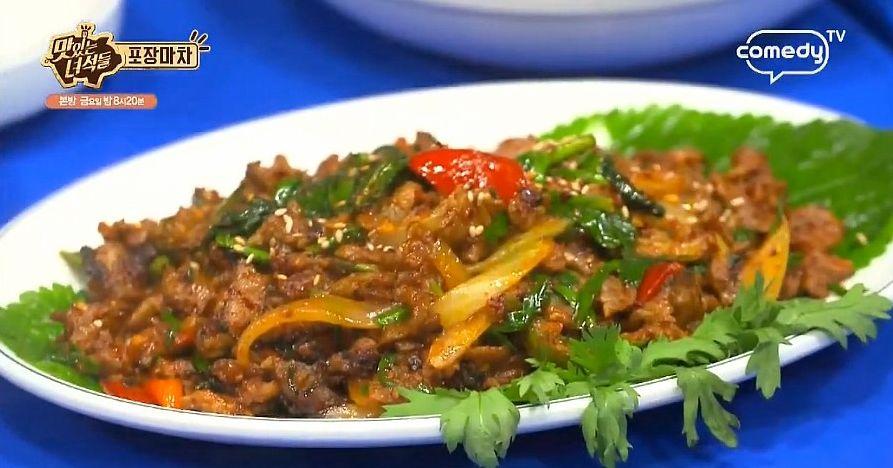 The final dish (and probably the most popular) is the udon!

It seems very ordinary, but it's actually the cornerstone of a good pojangmacha.

Because the nights are pretty cold in Korea, you can bet that a nice warm fish broth with udon noodles will hit just the spot to start the night off right. 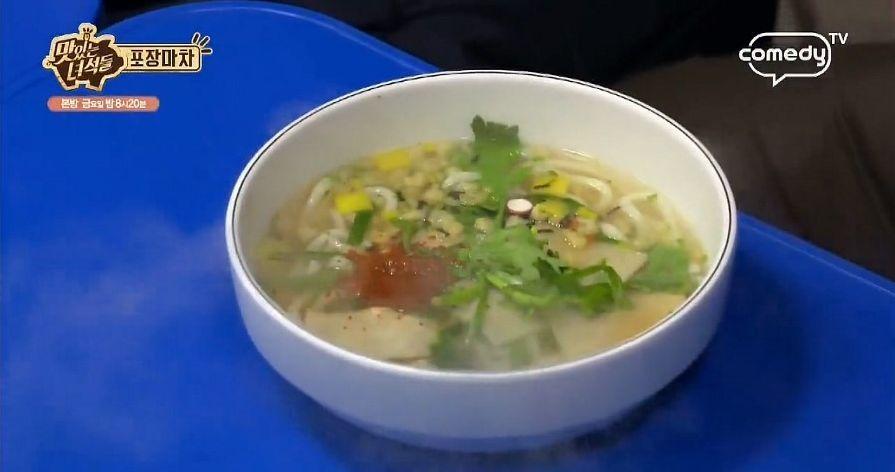 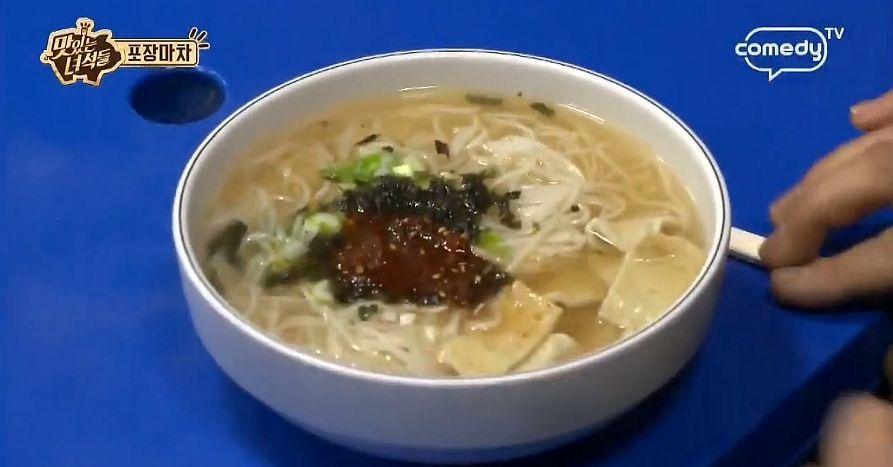 This is the perfect bowl of soup to sip and slurp on while you talk about your problems. It will make you feel closer to your friends.

There are other popular dishes at the pojangmacha, like chicken feet and tofu. But those are less universally liked, whereas the 5 mentioned above are pretty much the gold standard.

There are countless pojangmacha stands all over Korea. But there are two key areas where you'll find them not only in close proximity to each other, but also some of the most complex and complete atmospheres. In the picture above, you can see the atmosphere in Euljiro 3-ga. This is the most popular destination for those looking to eat at a pojangmacha.

But also as you can see, the kitchens are in buildings, not just in a tent on the sidewalk. This is serious business.

The pojangmacha as a place for warmth, not just physically but also emotionally.

It's a one-of-a-kind experience that you must dedicate a sliver of your time in Korea to experiencing.