Tips on Using Buses in Korea 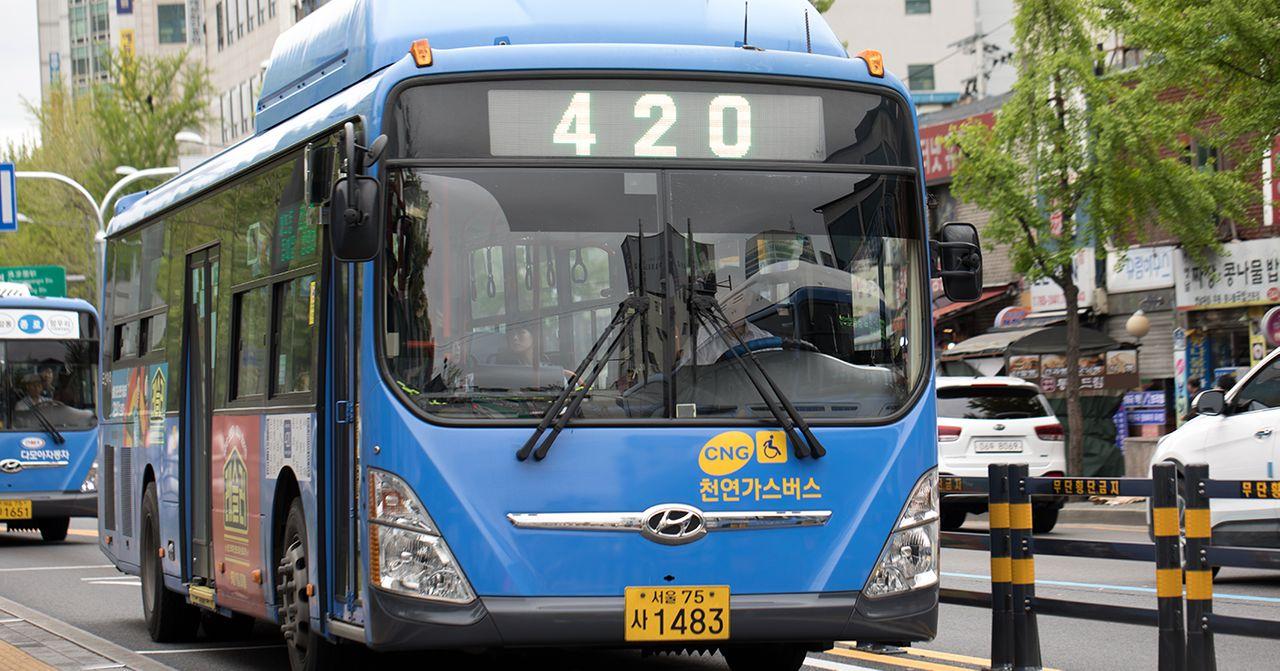 Hello, everyone! We are Creatrip, a group of travel experts. Your daily dose of the latest travel tips and tricks.

Most tourists use the subway when they're visiting Korea, but sometimes buses can be the quicker and easier choice.

That's why today we're going to talk about how to use the buses in Seoul and Busan. We've also included a few app recommendations so check them out! 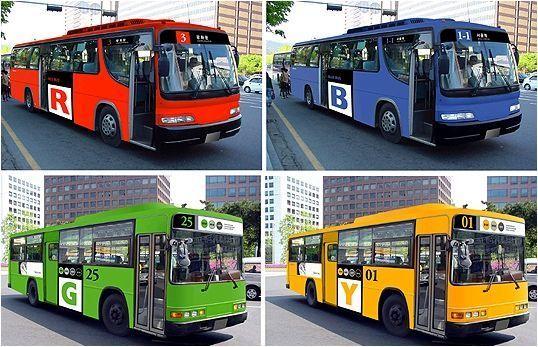 Many visitors come to Seoul, so we'll cover Seoul first.

There are 4 colors of public buses in Korea. The colors are different depending on the routes/lines, so you need to make sure that you know where you're going before getting on a bus. 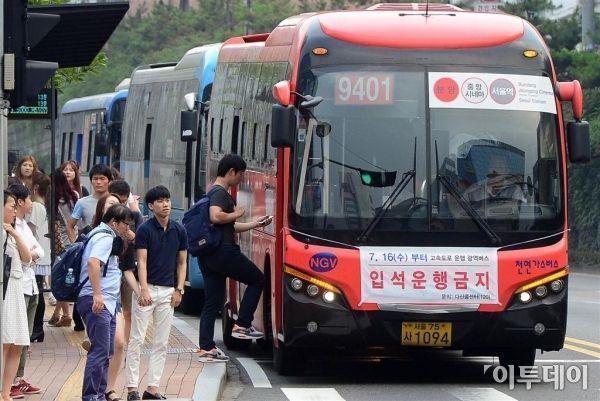 The red buses are a rare sight in the city. This is because they're longer-distance buses that connect Seoul, Incheon, and Gyeonggi. It's a recent addition to the public bus system to accommodate the growing number of people who come to work at Seoul jobs from Gyeonggi, Incheon, and Gangwon. Many prefer these buses over the subway, especially as there are more convenient bus lines being added.

Note that if you're trying to move betwen areas within Seoul, you shouldn't ride the red buses. They're much more expensive than the other options.

The most common color of bus that you'll see in the city is the blue bus. The buses that you guys should be looking for while in Seoul are these blue buses and the green buses, which we'll get to below.

The blue buses are the most commonly used by Koreans. They normally include routes to subway stations, which is why many office workers and students take the buses when transfering from the subway. 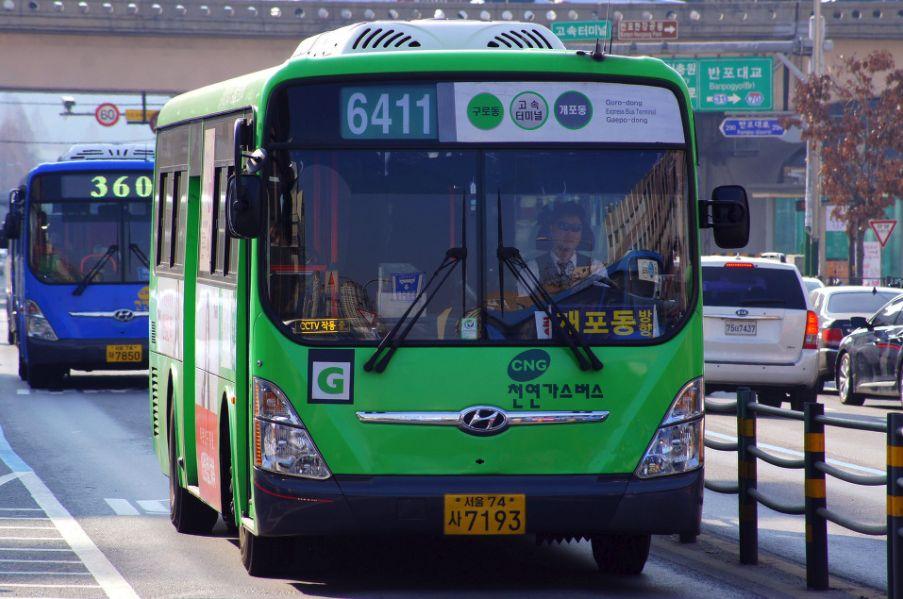 The green buses are the second most common buses seen around Seoul, after the blue buses. There are largely two types of these buses; the buses with 4 numbers are the bigger buses and those that have 2 numbers are the smaller buses.

The 4 number buses are local lines that connect neighborhoods that don't have subway stations. The distance between the stations are short and it covers all areas of the neighborhood, so it's perfect to catch if your destination is at a 10-20 minute walk. 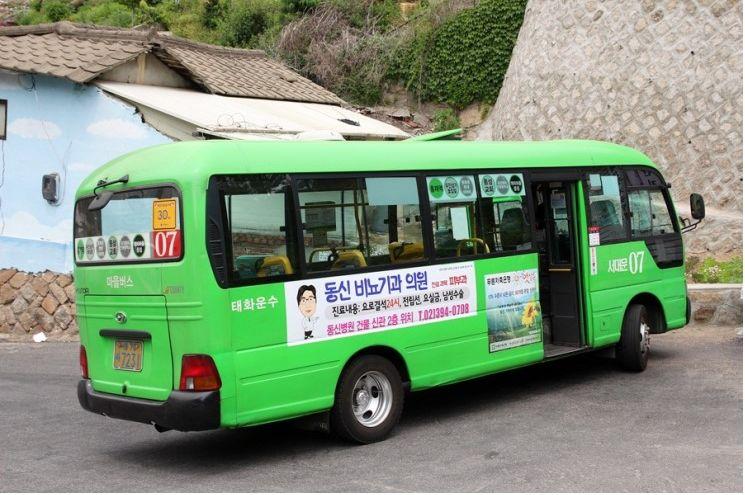 The mini green buses like the one above cover even smaller distances that the normal green buses that start with 4. They operate within a village or neighborhood, and the starting point and ending points are closer together.

These town buses only have two numbers, and the Korean words in front on the number indicates the region they operate in. They usually operate in smaller neighborhoods with winding alleyways and are at a distance from the subway stations. 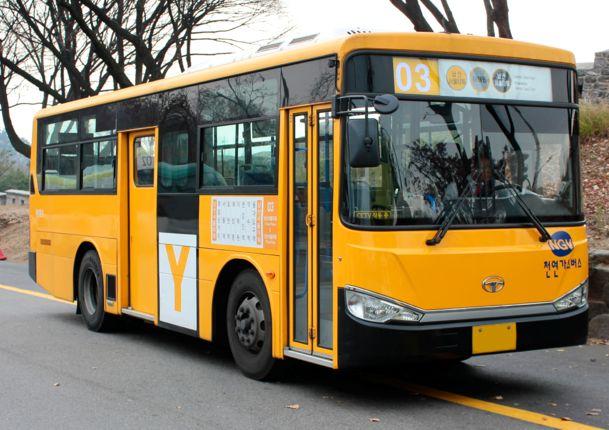 You can get around most of Seoul with the green or blue buses, but if you're going around to the popular tourist destinations, the yellow buses may be a good option.

The yellow buses go around the central areas and tourist destinations of Seoul, so the number of stations are quite limited. This is a great way to minimize transportation time. The most popular route is the route that connects Myeongdong and Namsan Tower.

? Get 70% off Namsan Tower tickets

Seoul public transportation is currently striving to support tourism, so the bus routes are changing. Unfortunately, the buses cannot be differentiated simply by color.

The blue buses and the green buses operate within Seoul, but some routes reach areas in Gyeonggi.

These are the bus fees when using a public transportation card (t-money). You can get cheaper fees with these cards as compared to using cash, and can get transfer discounts as well when you're moving between routes or between the metro and bus. There are cards specially for adolescents and children, which you can get via the subway service center by showing them your passport.

If you've traveled longer distances, there can be extra fees of ₩50 to ₩100, but it's still cheaper than not getting the transfer discount.

If the app is in Korean you can change it to Chinese, English, or Japanese in the following way:

If you change the app's language, the transportation info and search results change. The Chinese version includes less search items compared to the Korean or English version.

If you're going to be using public transportation?

Currently Naver Map only supports simplified Chinese, so if you're searching in traditional, you may not get results.

The English version does look more convenient, but we recommend searching in Korean for the most accurate results. Just have your destinations ready on your phone and copy & paste. If things get too complicated, then just take the subway to be safe. 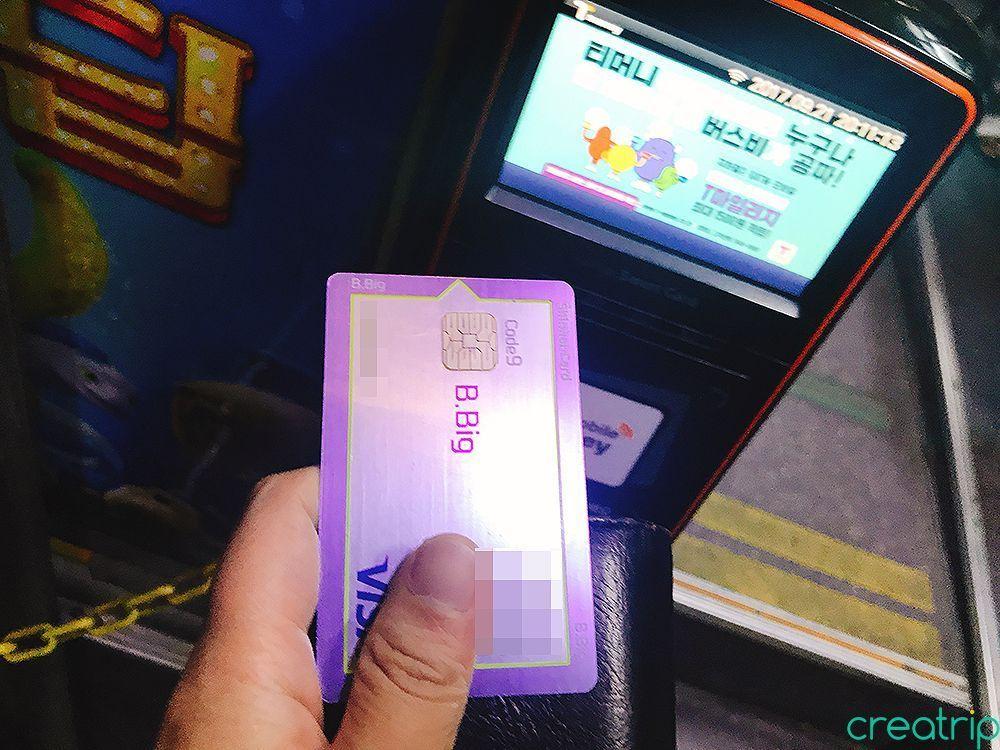 In Korea, you need to scan the card when getting on, and scan it again when getting off. If you just know this, then there shouldn't be much trouble when using Korea's public buses.

The Seoul bus stations typically look like what's pictured above. The bigger bus stations in the middle of the streets are usually stations where several different colored bus routes cross. 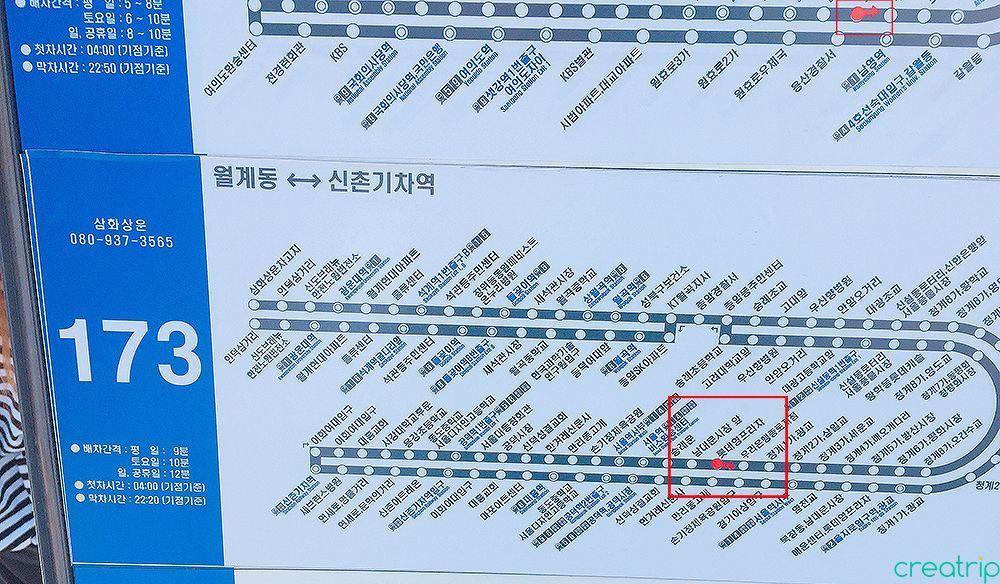 Most Korean buses have circular routes

Sometimes bus stations only have a bus number sign. These stations should be double checked via your public transportation or map app, so that you're sure you're getting on the right bus. 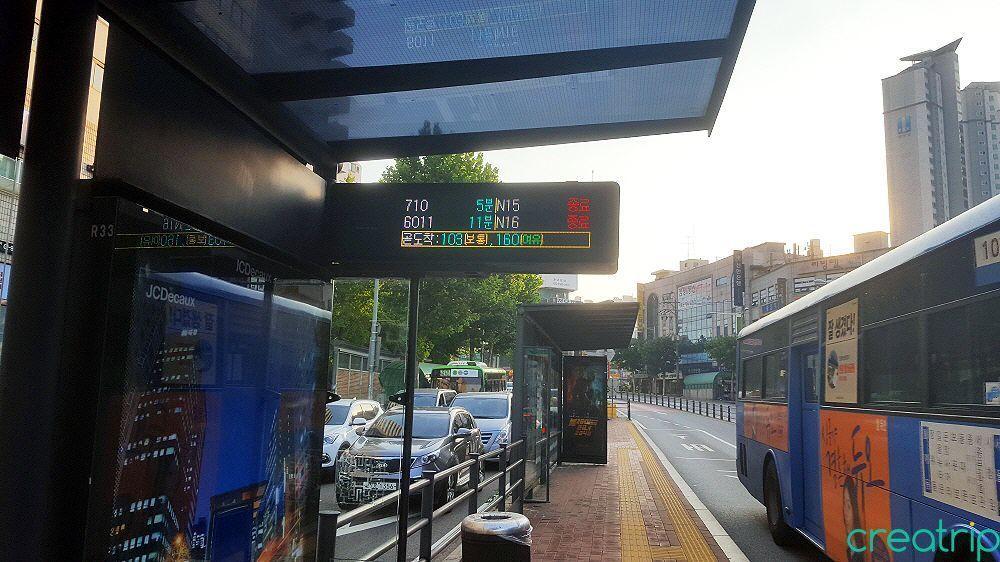 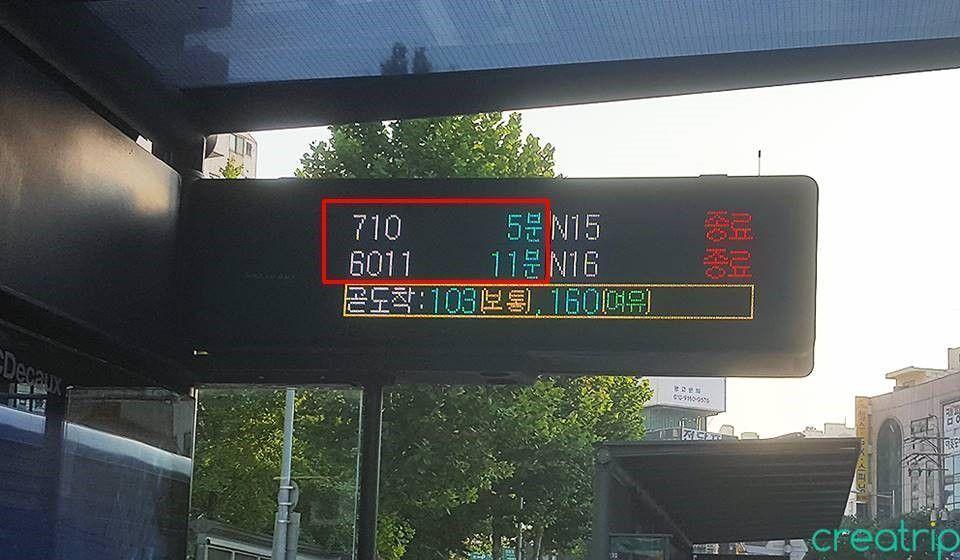 Almost all bus stations in Seoul have these real-time displays that tell you how many minutes until the buses come. The bus numbers with the red 종료 means that the buses are currently not operating.

The  곧도착  in the yellow box indicate the buses that will be arriving within 1 - 2 minutes, and the words in the parenthesis next to the bus numbers indicate how crowded the buses are.

Additionally, it's forbidden to take food that's not in a sealed container onto public transportation. If you have open food in your hands, the bus driver may refuse you. Make sure to finish your food or drink before you get on the public buses. 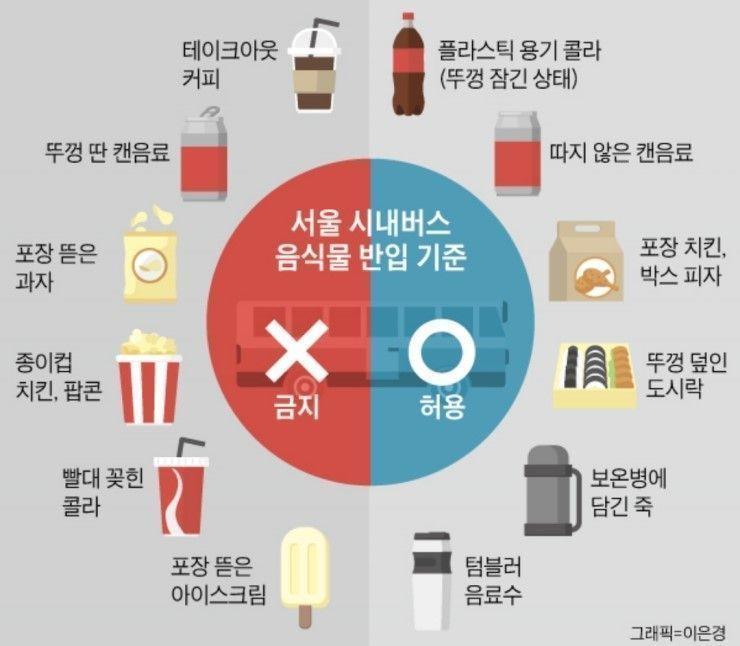 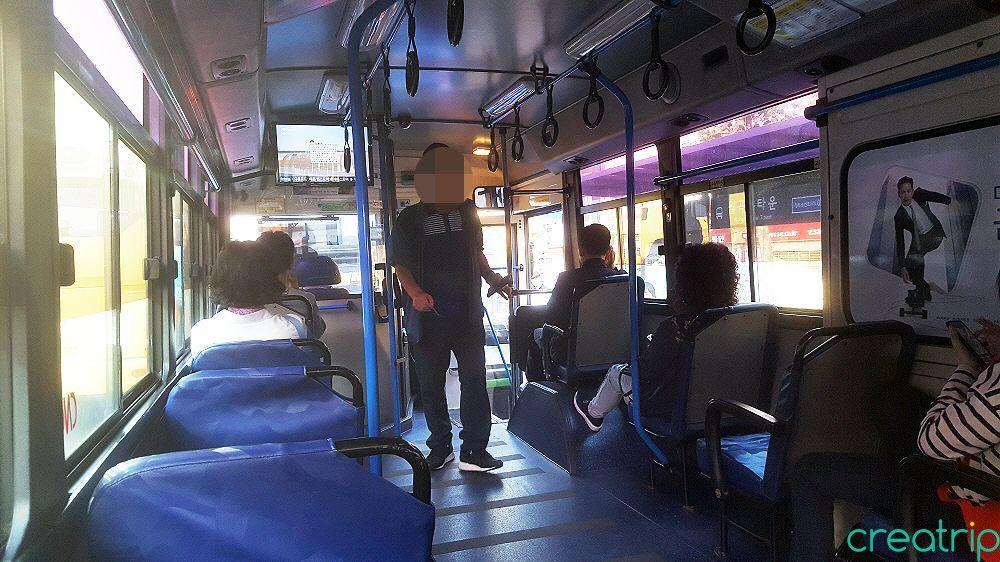 The inside of Korean public buses typially look like this. The buses are bumpier than you'd expect, so you need to hang on to the pole or the hand rails if you haven't found a seat. The station alerts that tell you of the current and upcoming stations are only in Korean and English, so if you're not familiar with these languages, you'll need to refer to your Naver Map App to know where you are currently.

Sometimes there are no station alerts and no LED signs. In these cases, you'll need to rely on your Naver Map App or other applications. 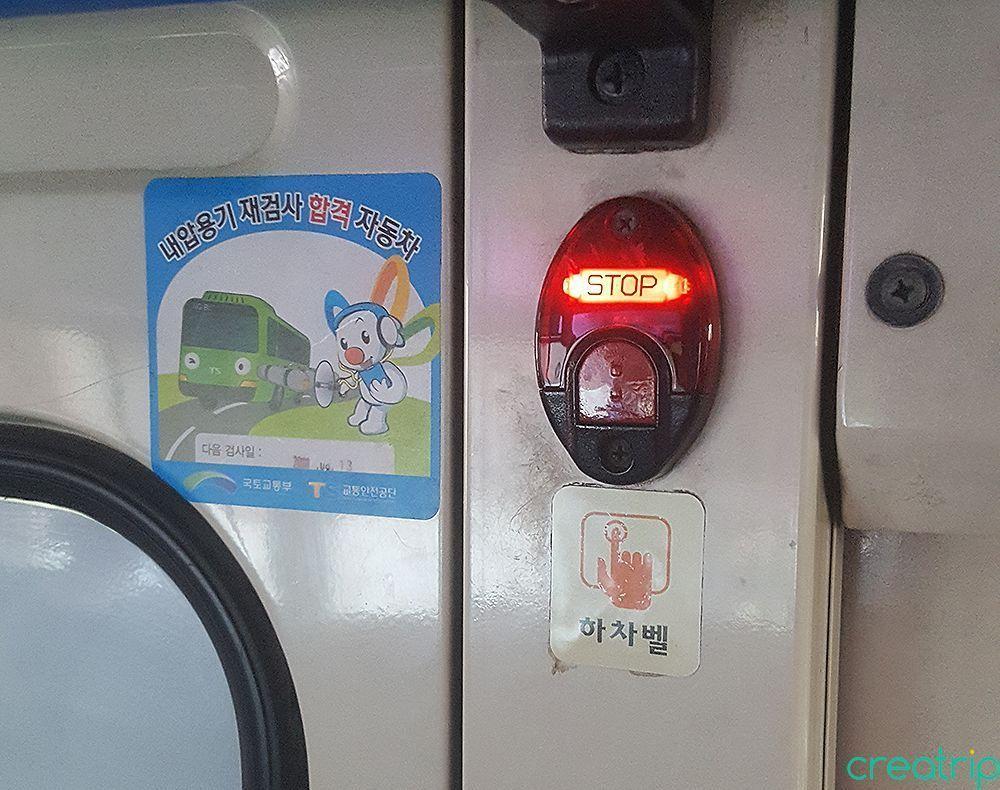 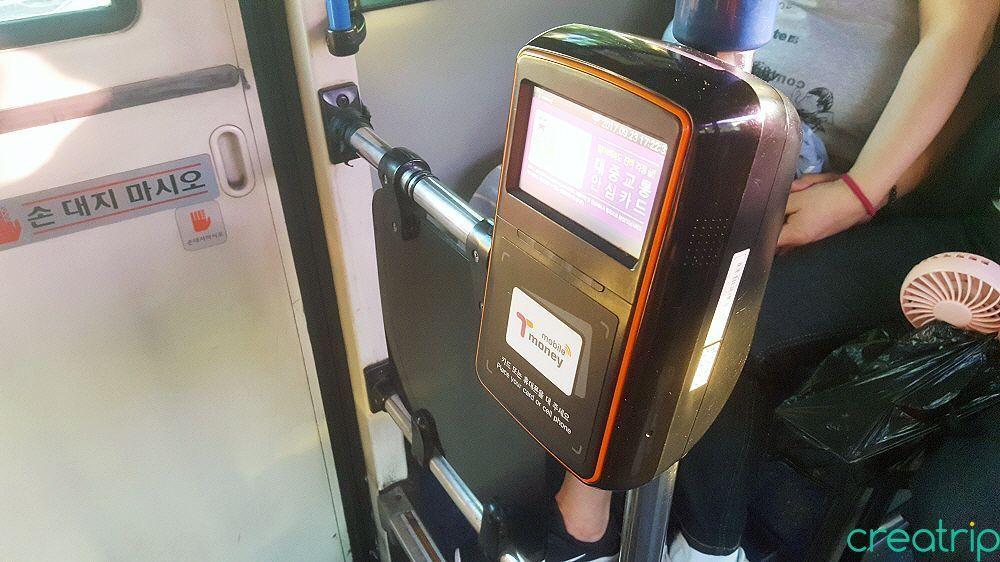 When you're almost at your destination, press the bell and wait at the back door. Have your card out so you can scan on your way out (don't scan the card before you're at your station. The prices differ by destination).

A Guide to Seoul's Night Buses

Seoul's night is always lively and awake. Of course, catching a taxi is a easy way to get around, but they are so much more expensive in the night because of the overnight surcharge between 0:00 - 4:00. That's why Seoul started the night buses (N Bus) that runs from 0:00 - 4:00.

Currently the N Bus fees are ₩2,150 (with public transportation card), which are two times the price of normal bus fees. It's still far cheaper than catching a taxi though, so you'll still be saving money.

This was a guide on Public Buses in Korea. Try your hand in the public bus system when you're in Seoul or Busan!