From Busan to Seoul: A 101 guide on Public Transportation

A beginner's Guide: How To Get To Busan From Seoul? Choose between Trains, Express Buses, and Flights. 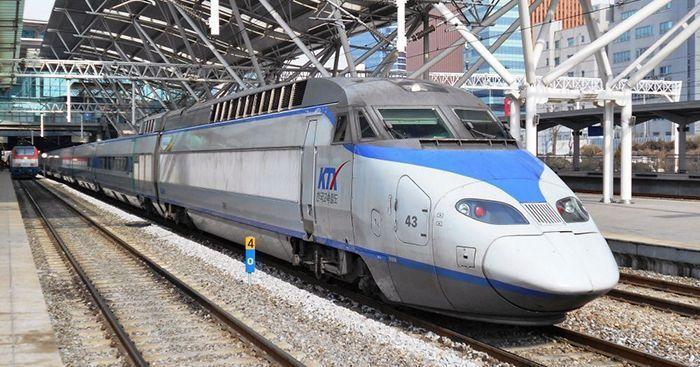 Many foreign tourists have decided to include Busan in their itinerary. There are some who come to Korea for Busan. However, a majority of tourists travel both Seoul and Busan. Thus, Creatrip collected scattered information regarding different transportation options to ease your travel from Seoul to Busan. The only thing you need for your travel information would be this 101 beginner's guide made by Creatrip!

There are several ways you can travel from Seoul to Busan. Let's go over them step-by-step.

From Seoul to Busan by Public Transportation: 1. Train 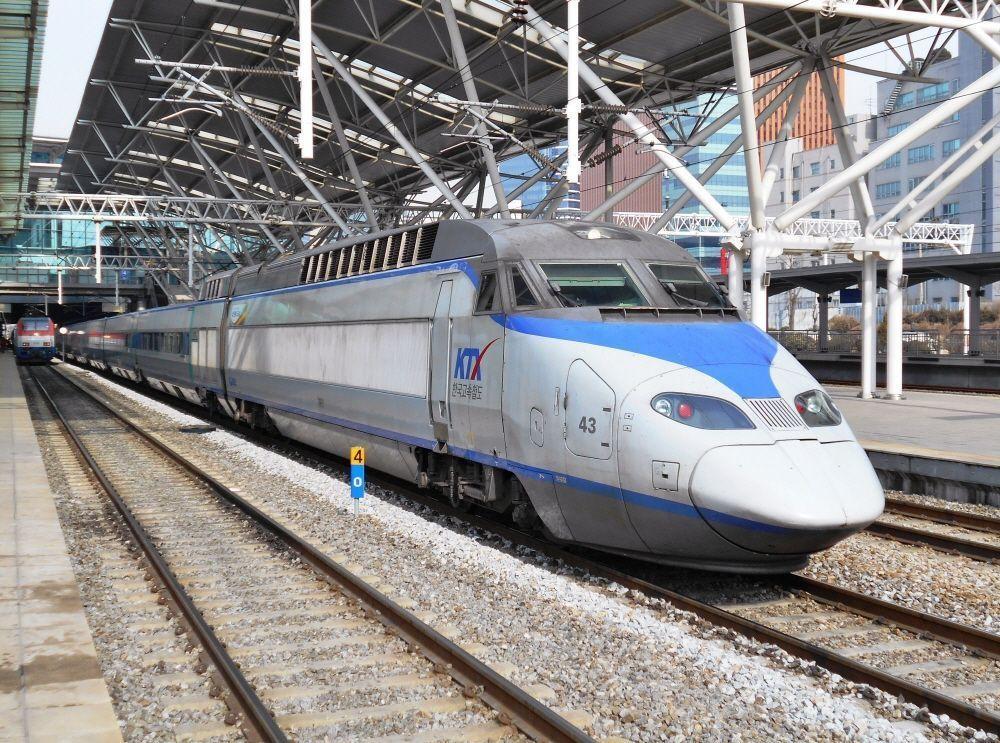 First of all, the quickest and easiest way to travel from Seoul to Busan would be taking a train. Many Korean locals choose to take express and bullet trains when they need to travel to Busan from Seoul. There are several types of train to Busan, and it gets a bit confusing even for Koreans. We sorted out four different types of trains. If you choose to travel during the weekends, trains could be much better than buses because you can avoid heavy traffic.

From July 17, 2018, KTX discontinued the discount on KTX trains for those who have a Railro Travel pass (Eligible for 13- to 25-year-olds).

The latest KTX offers in 2018 are as follows: 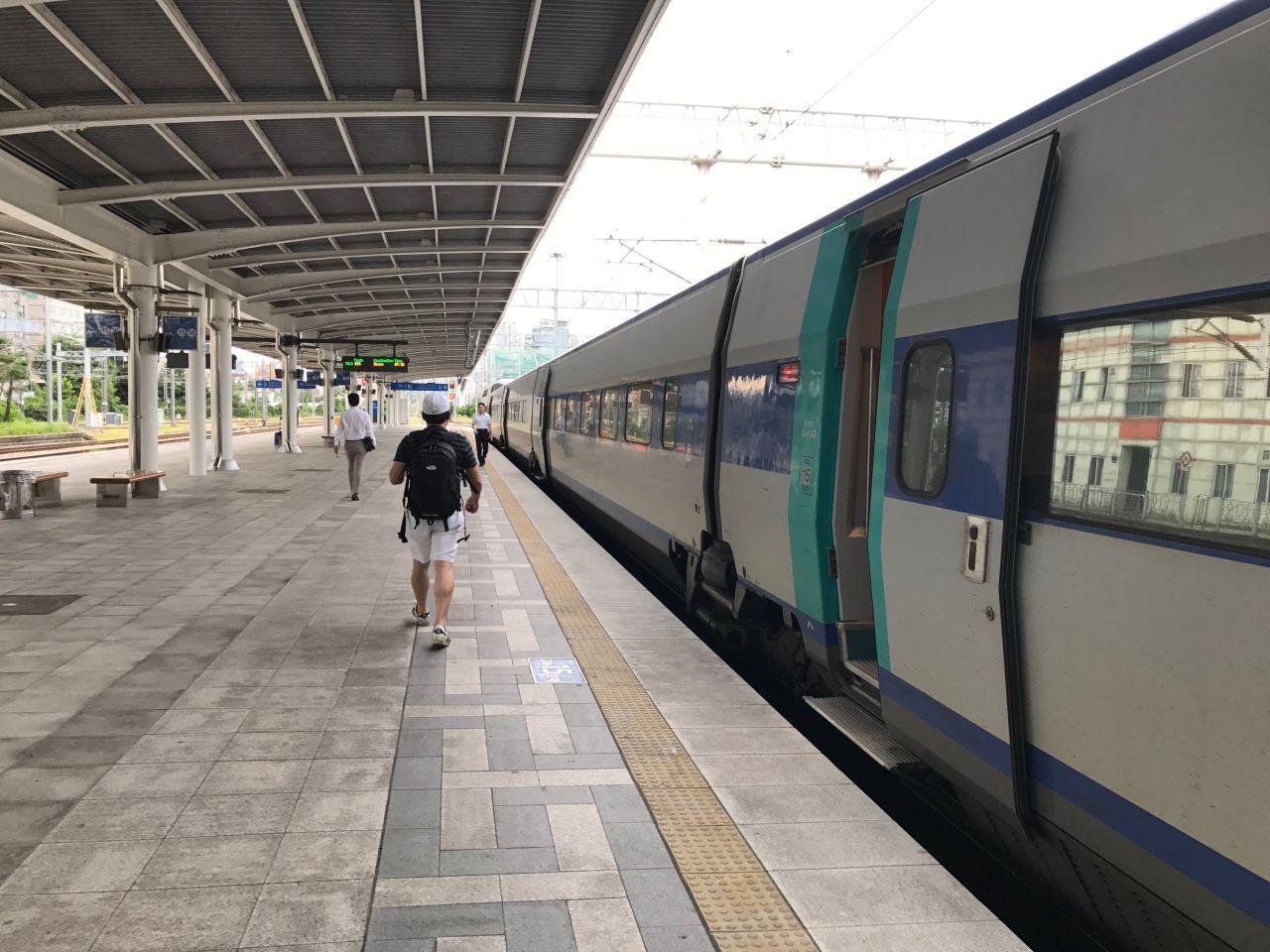 To read more about how to make KTX online reservations, please click here. You do not need to print out the ticket as long as you can scan the voucher from your phone. 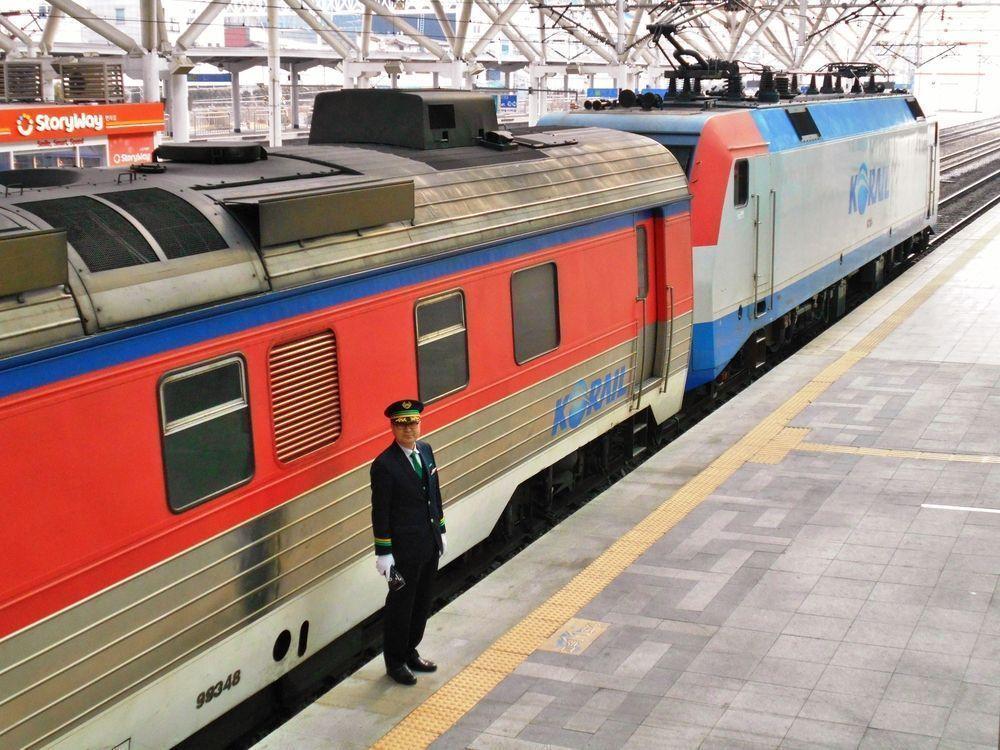 Mugunghwa is the cheapest train that operates between Seoul and Busan. Since this train takes a long time, I would only recommend this option if you are extremely short on budget or you are travelling in a group. If you are travelling with a friend, you can spend time with him or her, and have fun during the ride. This train is actually great for gazing the scenery of the Korean countryside. The KTX trains are too fast so you won't be able to enjoy the scenery that much.

To read more about how to make Mugunghwa Online Reservations, please click here. You do not need to print out the tickets as long as you have the ticket on your phone.

To read more about how to book Seoul to Busan ITX Saemaeul online, please click here. You do not need to print out the tickets as long as you have the ticket on your phone. 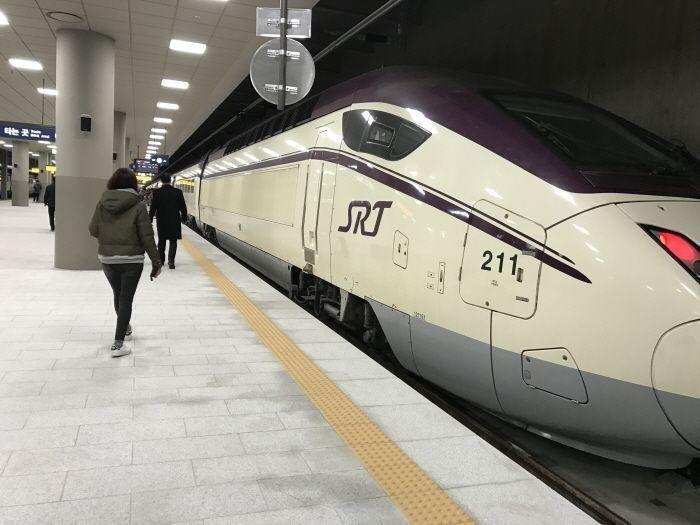 The SRT train is a faster and cheaper way to travel from Seoul to Busan than KTX. However, there is a downside as this train only departs from the Suseo station and getting there could be a bit difficult from downtown Seoul. Moreover, the SRT chairs are not as comfortable as KTX. On a more positive note, you get more legroom than KTX.

To read more about how to book SRT online, please click here.

From other cities in Korea (Daegu, Daejeon) to Busan

From Seoul to Busan by Public Transportation: 2. Express Bus 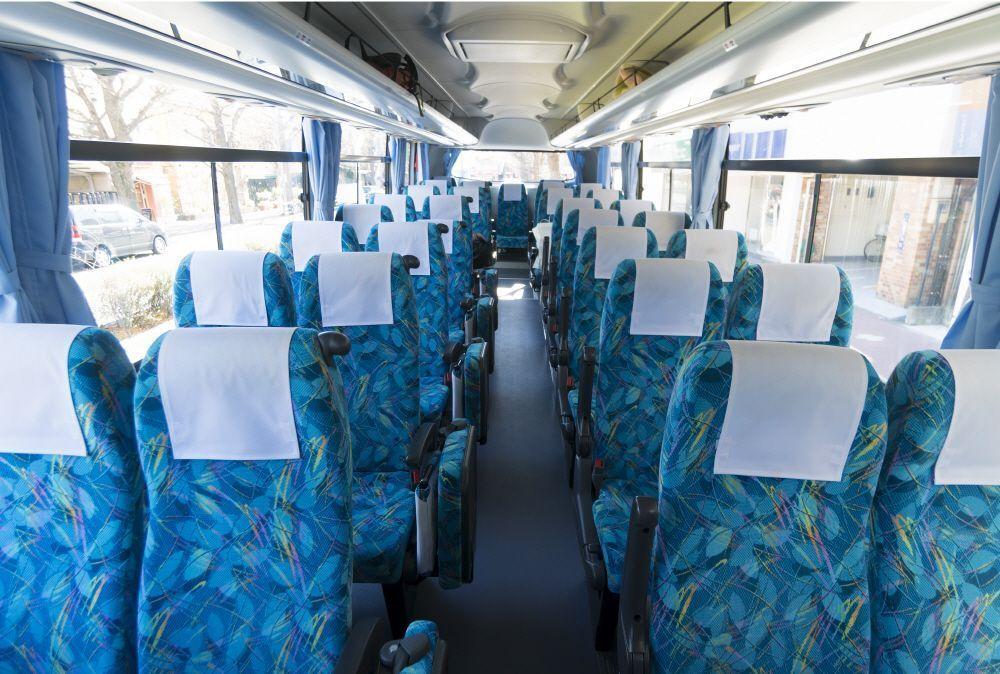 The second option for travelling from Seoul to Busan is an express bus. This is another transportation that Koreans occasionally choose. You can save a lot of money compared to riding KTX, SRT, and other trains. You can also choose a night bus so you can arrive in Busan the next morning.

There are three bus terminals in Busan. Two of them are located at Nopo Station on Line 1 and the other one at Sasang Station. From Nopo station to the west city takes about half an hour by subway. But it takes only 15 minutes to get to the west side of the city, and you can go to major Busan attractions such as Haeundae and Gwanganli without having to change trains. You can arrange to get off a certain bus terminal according to your itinerary. 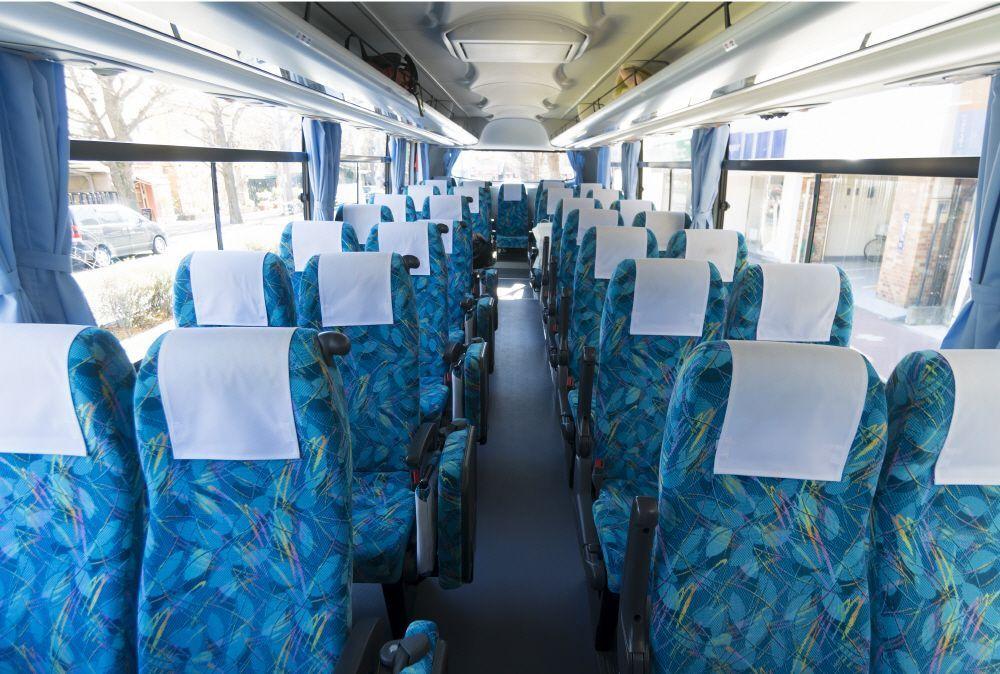 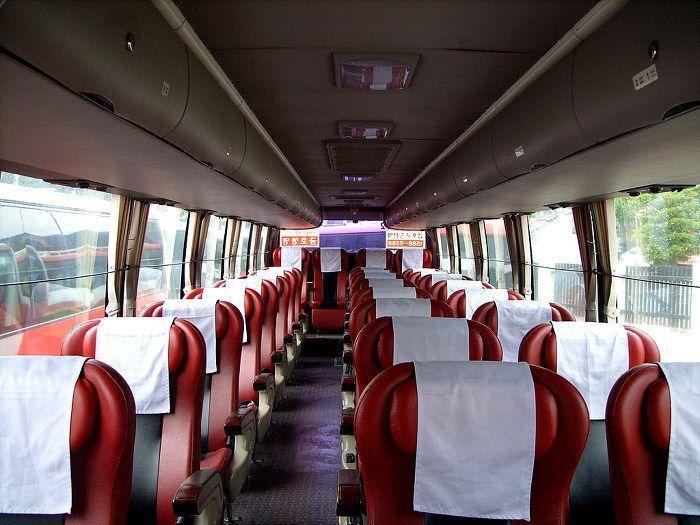 The bus travelling from Seoul to Busan costs about ₩34,200 for a one-way trip. The legroom is very spacious and is suitable for having a comfy ride. 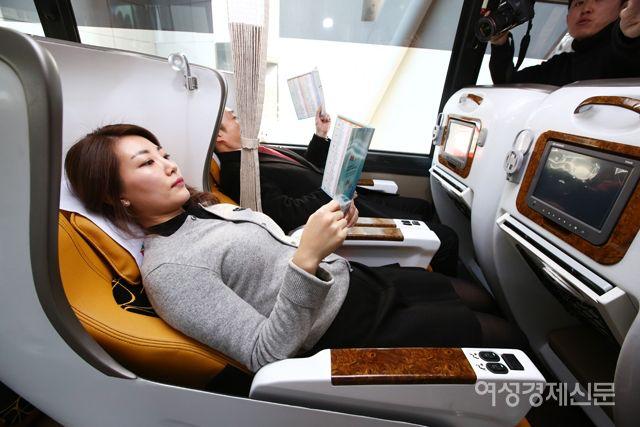 From Seoul to Busan, you can travel via new premium buses. These luxury buses cost ₩37,700 for one-way, but the price could vary depending on your travel date. If you want to take a night bus from Seoul to Busan, the fare will be more expensive. The night bus tickets start from ₩41,500.

Taking Buses from Other Cities in Korea (Daegu, Daejeon, and Gwangju)

From Seoul to Busan by Public Transportation: 3. Flight 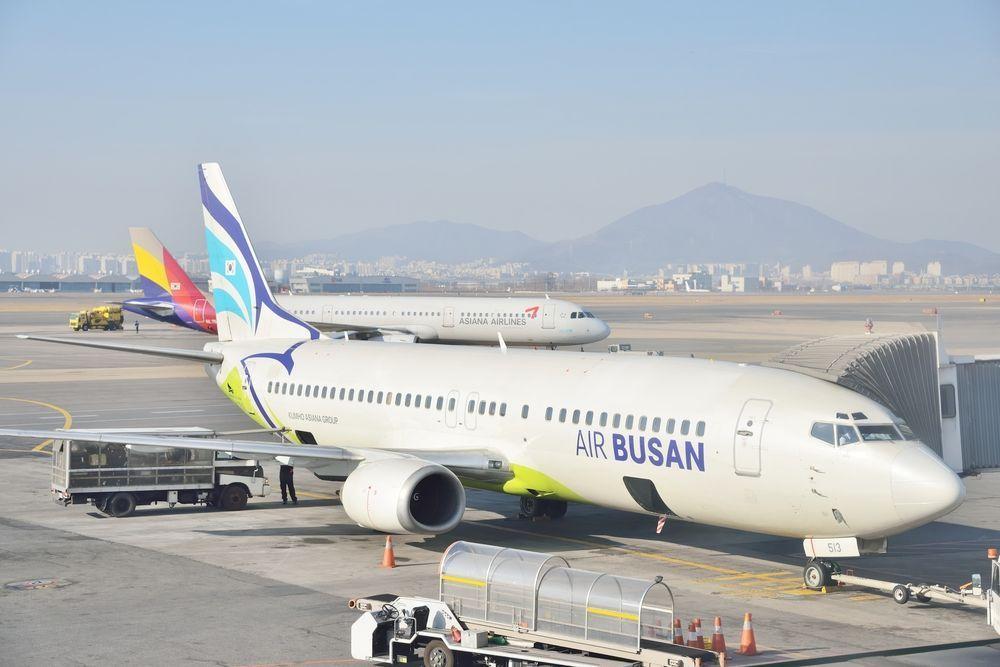 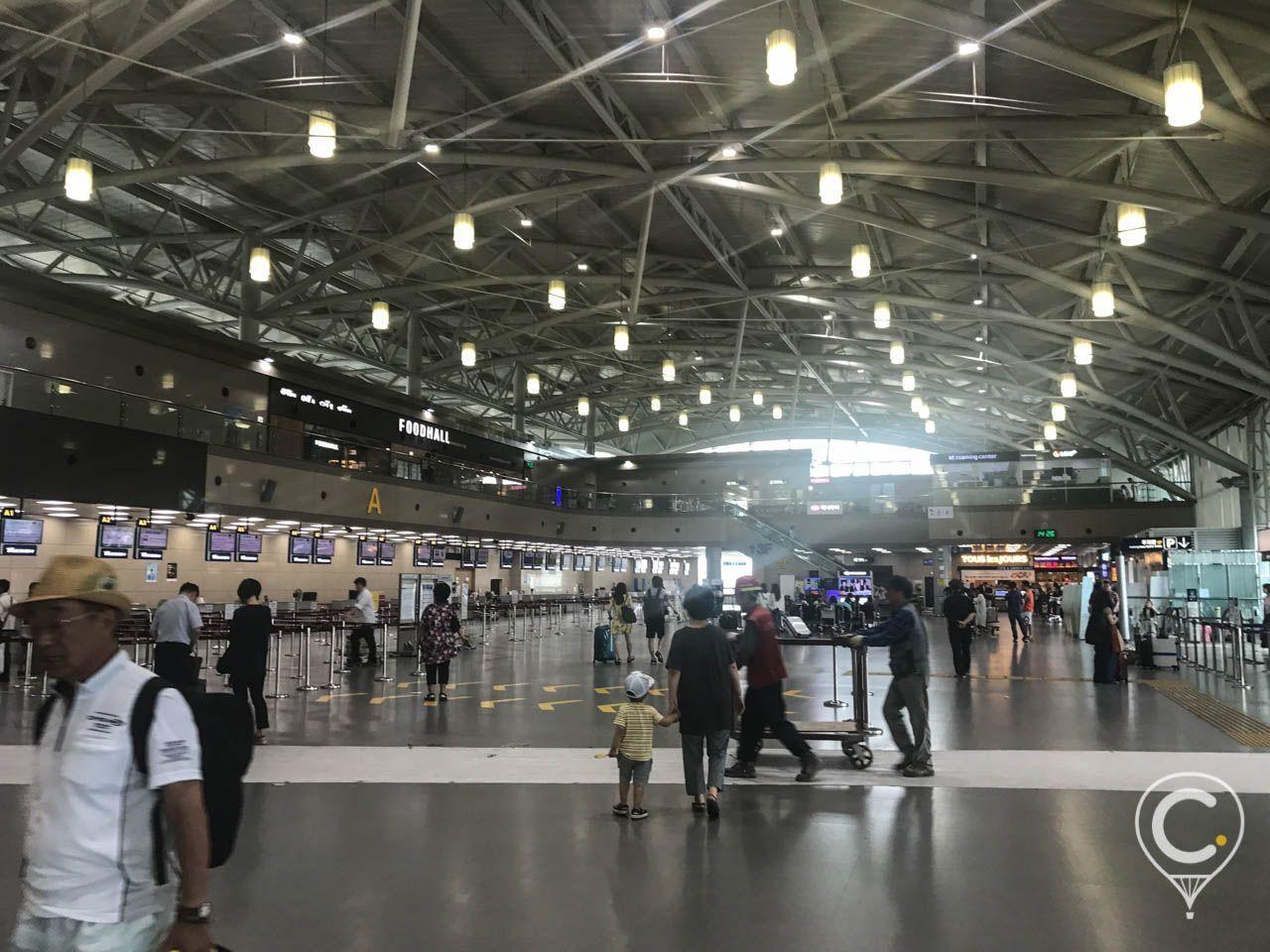 The flight fare from Seoul to Busan varies depending on the airline you choose. The average price range is from ₩40,000 to ₩70,000 for one-way. It is recommended that you pay attention to low-cost airline clearance sales. You may be the lucky person and get the special ticket at a steal price.

When you got off at Gimhae Airport, you have to take the subway to get to Central Busan (takes about 30 minutes from the airport station to the West Busan station).

I hope this post about public transportation travelling between Seoul and Busan has helped you greatly. There are mainly three options you can choose from: the trains, buses, and flights. I also covered the travel options from Daegu to Busan, Daejeon to Busan, and Gwangju to Busan. Now you can travel around Korea like an expert!

If you have any questions or comments about this blog post, please leave them down below or email us at support@creatrip.com.

Can I buy a 1-day roll from Seoul to Busan on the day of KTX?

One day pass? This article doesn&#39;t talk about any 1-day tickets.