Korean Drama D.P. And The Truth About The Military Service

Is D.P. An Accurate Portrayal Of The Mandatory Military Service In Korea? 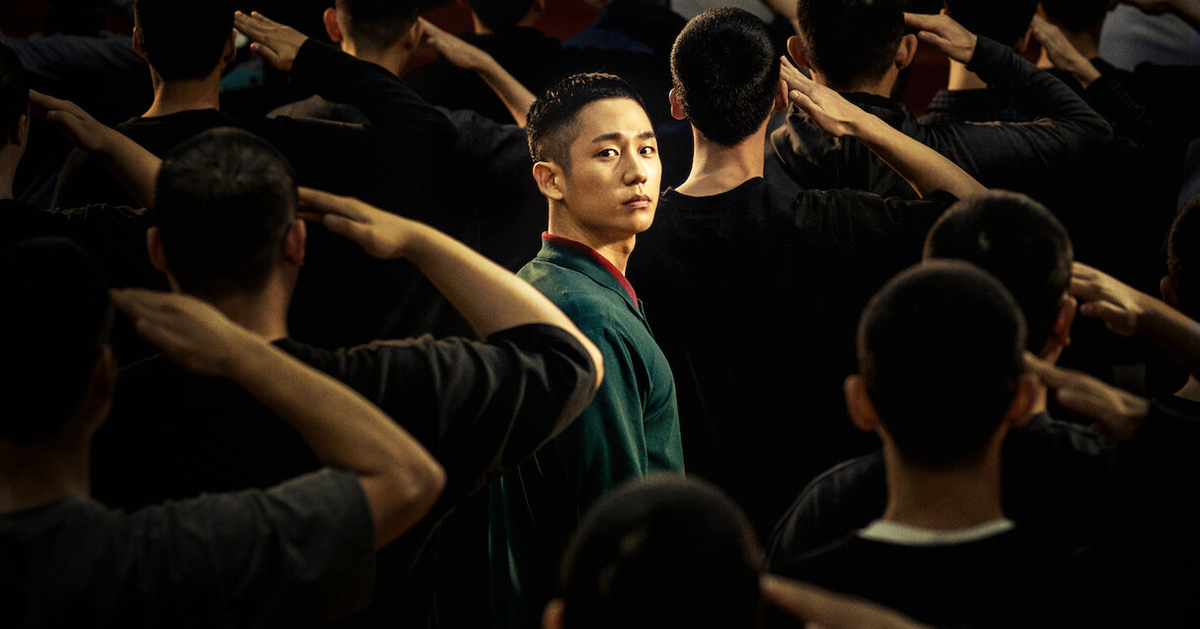 The new Netflix drama D.P. starring Jung Hae-in and Koo Kyo-hwan only has six episodes, which is perfect for binge watching. The realistic plot attracted many viewers and sparked discussions about what goes on during military service.

In the real world, the military is meant to protect the country and the people, but when this contribution becomes an obligation that men have to face, the pressure and dissatisfaction with the current situation is amplified in a closed-off environment, which can bring out the darker sides of humanity.

Today, we will discuss the truth about Korea's mandatory military service. Come take a look! 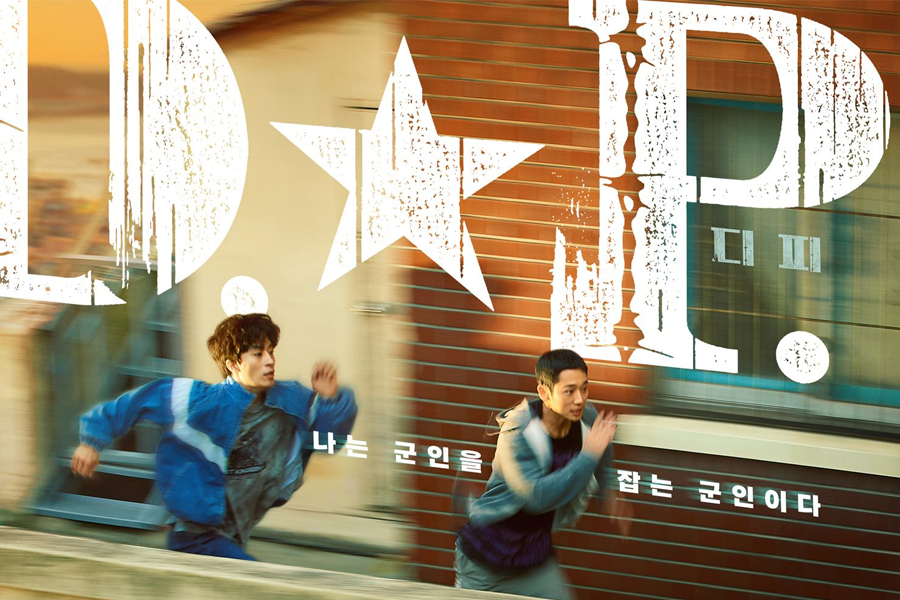 D.P. stands for Deserter Pursuit, or "군무이탈체포전담조" in Korean. They are a team whose job is to arrest soldiers who have escaped from the military service (deserted soldiers).

In fact, this squad actually exists in the South Korean Army, and the team leader and team members work in pairs to carry out the task of arresting deserters.

Due to the special nature of the work they do, only a few subordinates trusted by the chief are selected and added. In order to hunt deserters outside the military, they must look like ordinary people.

Therefore, they are allowed to wear casual clothes, grow long hair, and even use mobile phones for a long time while on duty outside. 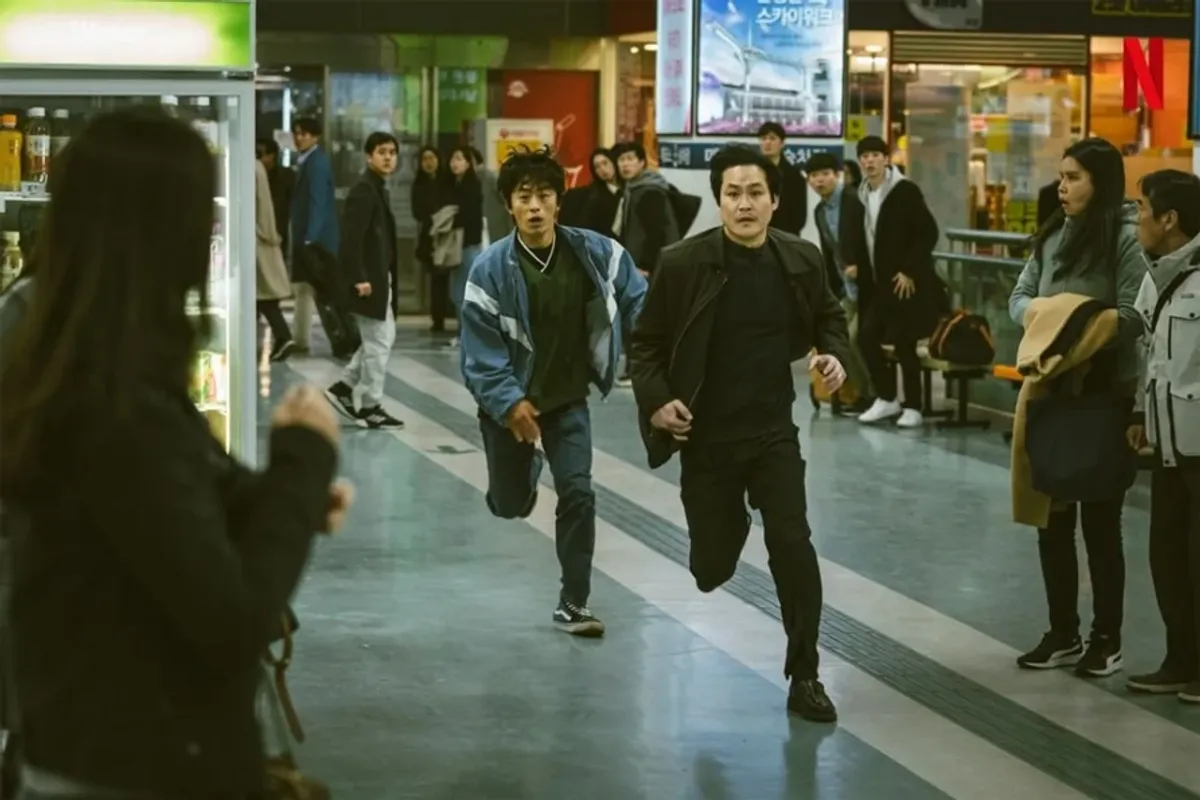 Part of the Korean title of the team, "체포전담조", literally means the arrest team.

It often appears in police agencies. In the early days, this secret operation was commonly used against members in social and student movements. The arrest plan was aimed at specific individuals.

Nowadays, it is relatively rare, and it mostly occurs in situations of major and group crimes that require the police to organize specific personnel. 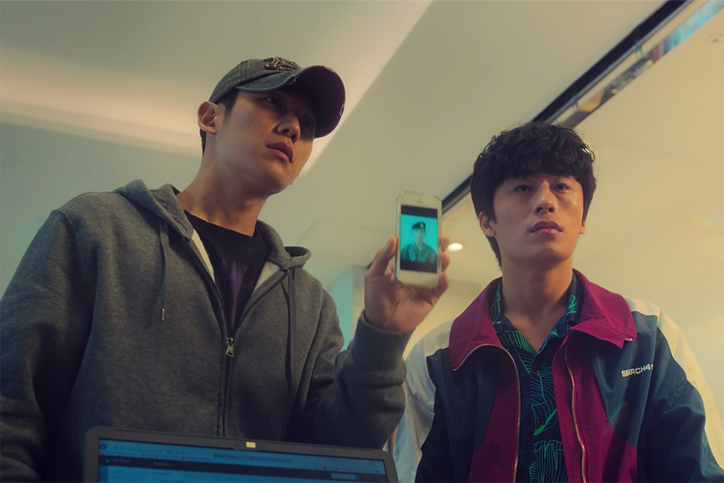 D.P. uncovers parts of the Korean military that aren't often talked about, with some of the most troubling being the bullying and suicide incidents in the army. When death in the army is not because of war, but because of suicide, who should be blamed? 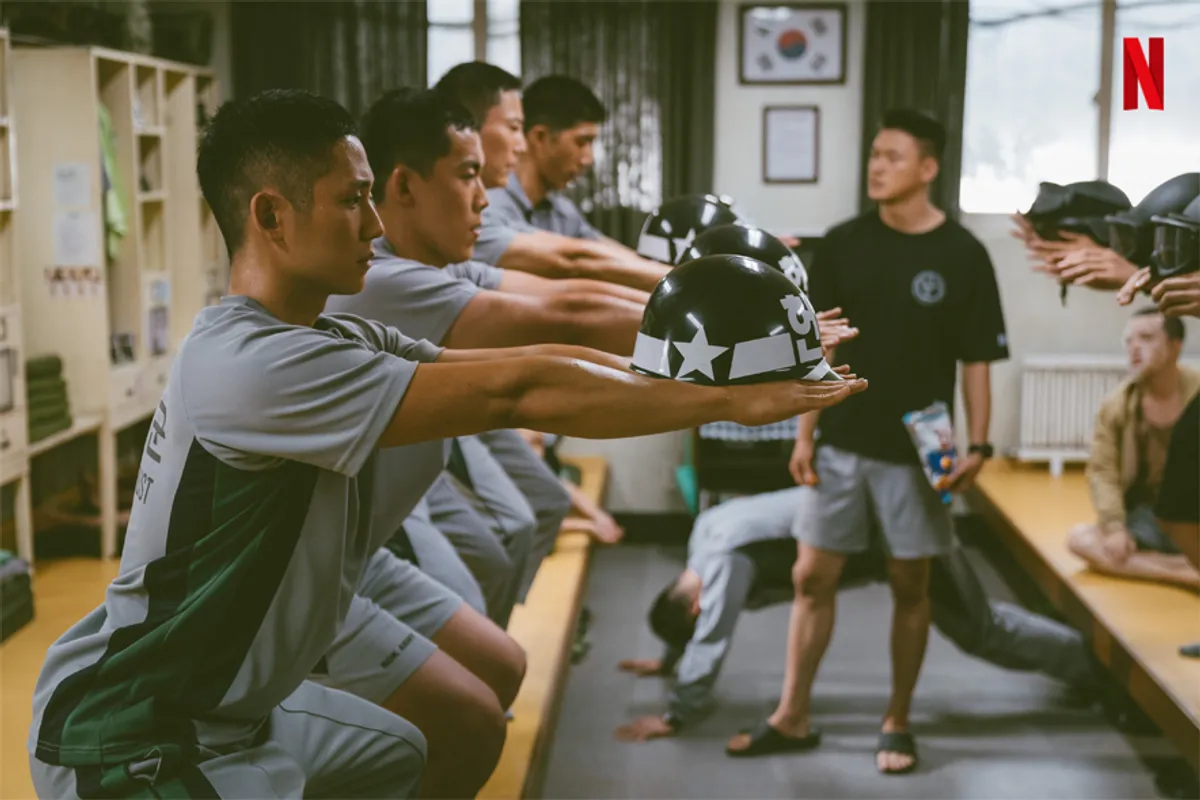 In recent years, the Ministry of National Defense has pushed measures to improve and reform military culture.

They include seniors and juniors using the same space during breaks to reduce hierarchical conflicts and allowing weekday off-duty outings and mobile phones after work hours.

These seem to have achieved results, but does this mean that the army has really changed? 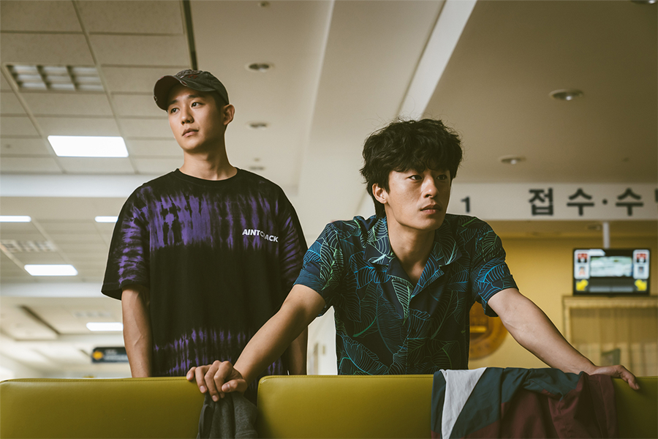 D.P. shows us that there are real, living people behind these numbers. Even if the number of suicides in the army decreases, it cannot be said that the army as a whole has changed.

The same problem exists still exists and points to the same cause: beatings, insults, sexual violence, bullying, etc. and a culture of trying to silence the victims. 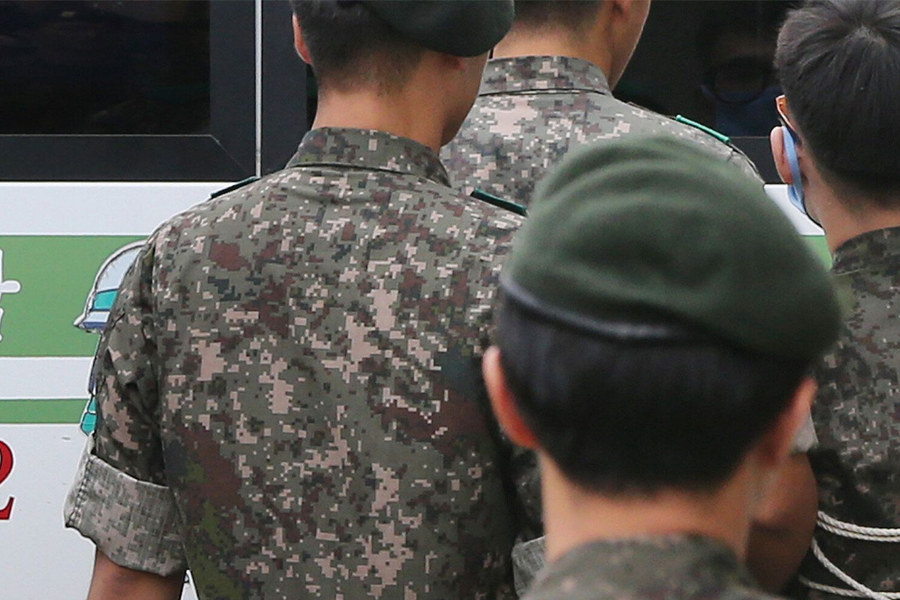 On April 7, 2014, a group bullying incident in a medical unit of the 977th Artillery Brigade of the 28th Infantry Division of the Korean Army led to the death of Yoon Seung-ju, a 20-year-old recruit.

He was beaten on the head and chest by four senior soldiers. Even though he lost consciousness, his attackers were merciless and still beat him. This left him eventually brain-dead, and he died the next morning after being taken to the hospital. 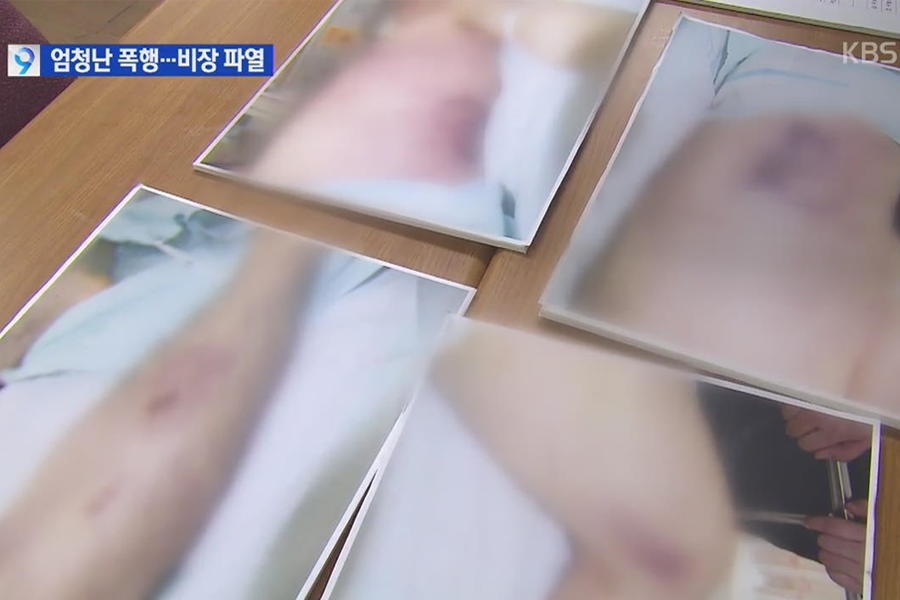 Of course, violent deaths are shocking, but for most people, it appeared at first to be just an accident.

However, as the investigation deepened, The Center For Military Human Rights shocked the nation by releasing evidence of ongoing violence against Yoon, including physical abuse, forcing him to eat toothpaste and phlegm, and being denied sleep.

What is more regrettable is that even military officers who witnessed the abuse did not stop it, and eventually led to the death of a young man who joined the army at the command of the state. 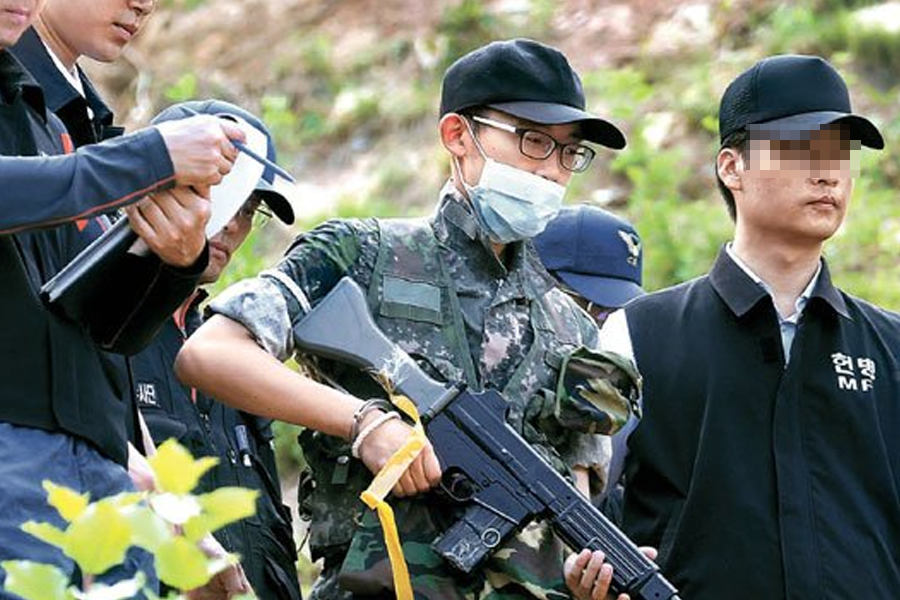 Lim Do-bin, a sergeant in the 55th Infantry Division of the 22nd Infantry Division in Goseong-gun, Gangwon-do, attacked his comrades with guns and grenades, killing five people and seriously injuring seven others.

The military issued an alert to prevent civilians from going out of their homes because Lim Do-bin escaped from the barracks after killing his fellow soldiers. 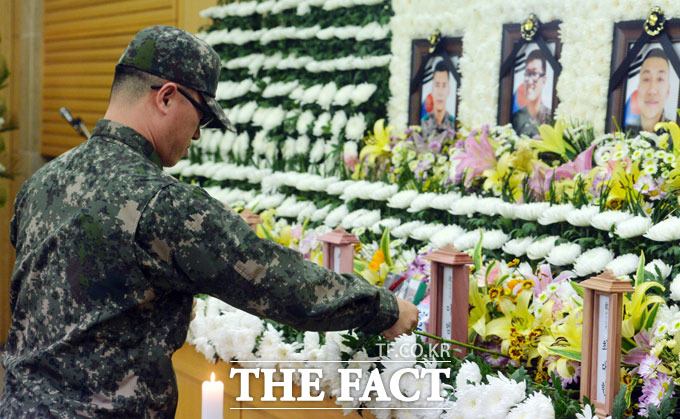 During the confrontation between the military and Lim, there was a friendly fire incident. They later facilitated a phone call between Lim and Lim's family to try to persuade him to surrender, but it was still ineffective.

Lim even wrote a suicide note and shot himself in the chest, but was taken to the hospital and recovered.

There are many rumors surrounding the motives of Lim Do-bin, who only had three months left before his discharge from the military. However, it is true that he was bullied during his time in the military.

In his suicide note released by the military, he mentions isolation and bullying, which is likely to be the main cause of the disaster.

Is There Justice In The Army? 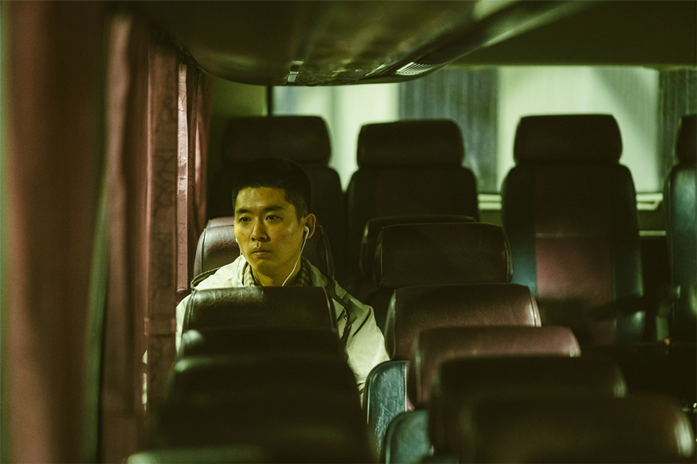 Sergeant Lim later appeared in court, saying that he was isolated and excluded in the military, but that his alleged perpetrator was dead.

The judge decided that the isolation and teasing he faced were not bullying and that he committed planned crimes, including murdering innocent comrades.

Lim was sentenced to death, and was the 61st person in Korea and the 4th in the military to be sentenced for strong intent to kill. 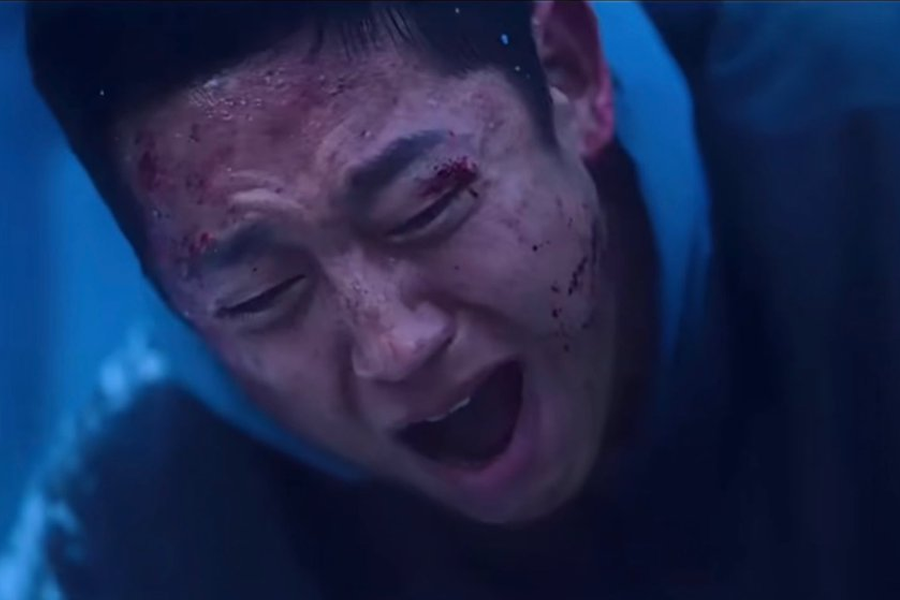 The soldiers who were charged with assaulting and killing Yoon Seung-ju were sentenced to a range of 10 to 35 years in prison, and some officers were indicted for neglect of duty.

But does that mean there is really justice?

The sentence under the military law is heavier than the criminal law applied to the general public, but from 2015 to June 2020, more than 1,700 sexual assault cases have been tried and judged, while only 175 military cases have.

The proportion of actual criminal sentences is much lower in the military, and there are even cases in which perpetrators are strategically discharged from the military and tried in civil courts to seek lower sentences. 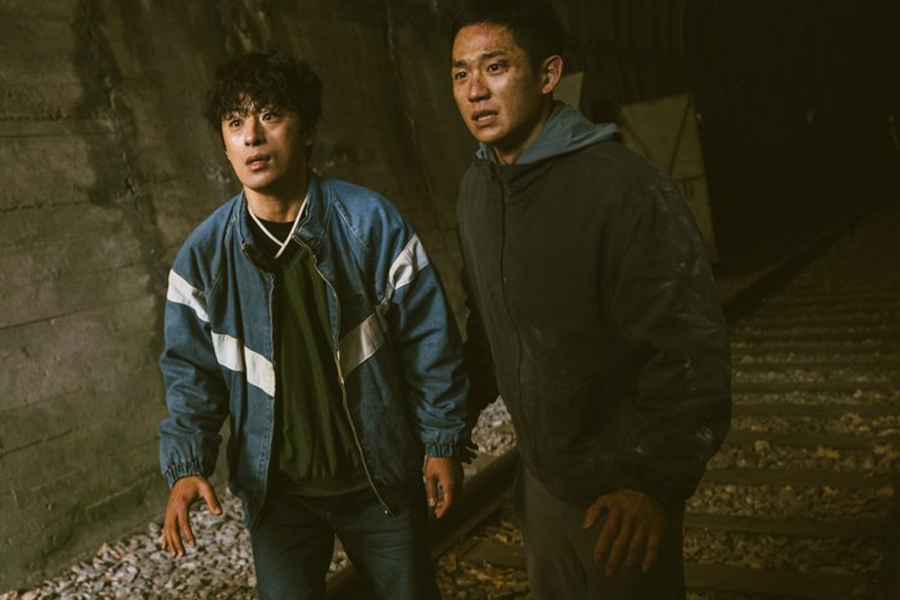 In episode 6 of D.P., Ho-yeol tries to calm Suk-bong down by saying things in the army could change.

His response gave everyone chills when he said, "You know the canteens we use? Do you know what’s written on them? It says 1953. They were used during the Korean War. They won’t even change the canteens."

I think that's the answer to the question of justice in the military. It will be very difficult to make changes.

The Realities Portrayed In Korean Dramas 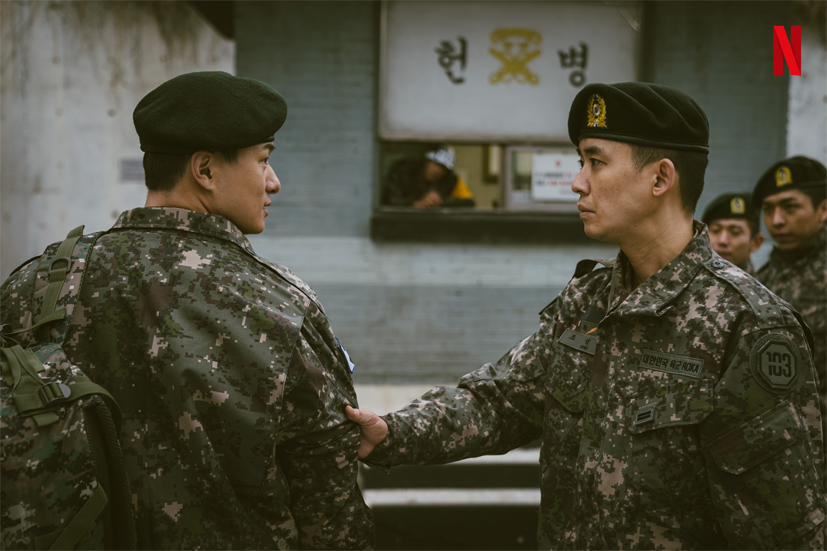 A reason why D.P. drew so much attention was the fact that it was so realistic and portrayed ongoing problems.

Although some of the action may have been exaggerated, the dark sides of military life, like hierarchy and violence, are parts that have not been revealed often to the world.

South Korea has become one of the few countries in the world where military relations are still strained due to the armistice and division of the two Koreas.

Relations between South and North Korea are still tense due to the current cease-fire. The Korean War ended in an armistice, meaning they are technically still at war. They must be able to deploy troops and send support as soon as possible if tensions escalate. 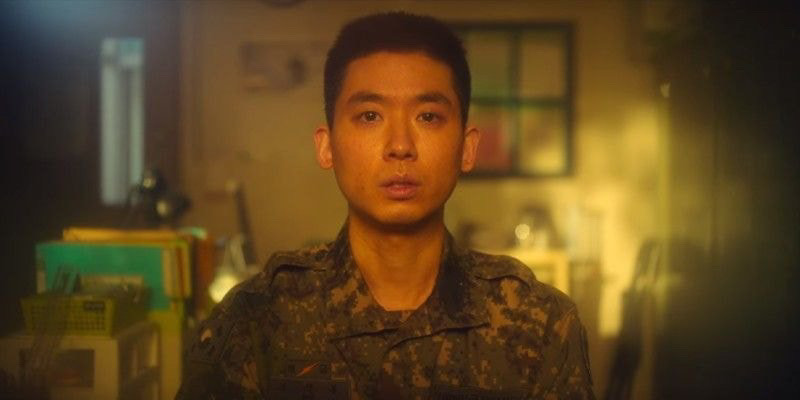 In order to have obedience on the battlefield, the military considers discipline from superiors to be a reasonable act to teach recruits to stop thinking as regular civilians, but as soldiers.

This is why many people are willing to become the perpetrators of violence towards the next batch of recruits, even though they've experienced abuse from their seniors.

When the rules of the whole world are laid down, those who go against the current are bound to take on more waves.

Above was an in-depth report on Netflix's Korean drama D.P.: Deserter's Pursuit. If you've seen it, how did you feel afterwards?

Many people are still pessimistic about if the Korean military will ever change, but with more media portrayals and new military policies, it seems the military culture is more or less on a path of change, even if it's small.

I hope you liked the introduction of this drama and see you next time!