Is living as a doctor in Korea like we've seen in the Korean drama? Let's take a closer look into the lives of medical school students and doctors. Are you a fan of the Korean drama Hospital Playlist?

Hospital Playlist depicts the lives of doctors working at a university hospital and is receiving a lot of love not only in Korea, but in many countries worldwide.

How realistic is the portrayal of the lives of doctors shown in Hospital Playlist?

Today, let's find out how Korean doctors live and how they spend their days.

Perception Of Doctors In Korea In Korea, people have a very positive view of doctors. Koreans have a good perception of people in careers that require a high level of education. Among those in these professions, doctors are viewed in the best light.

According to the "Medical Policy Forum" published by the Korean Medical Association, doctors ranked first among professionals with a 90.7% credibility rating. Because of this, the social status of doctors in Korea is very high. In addition, the high salary makes it one of the most coveted jobs among students and parents.

Process Of Becoming A Doctor 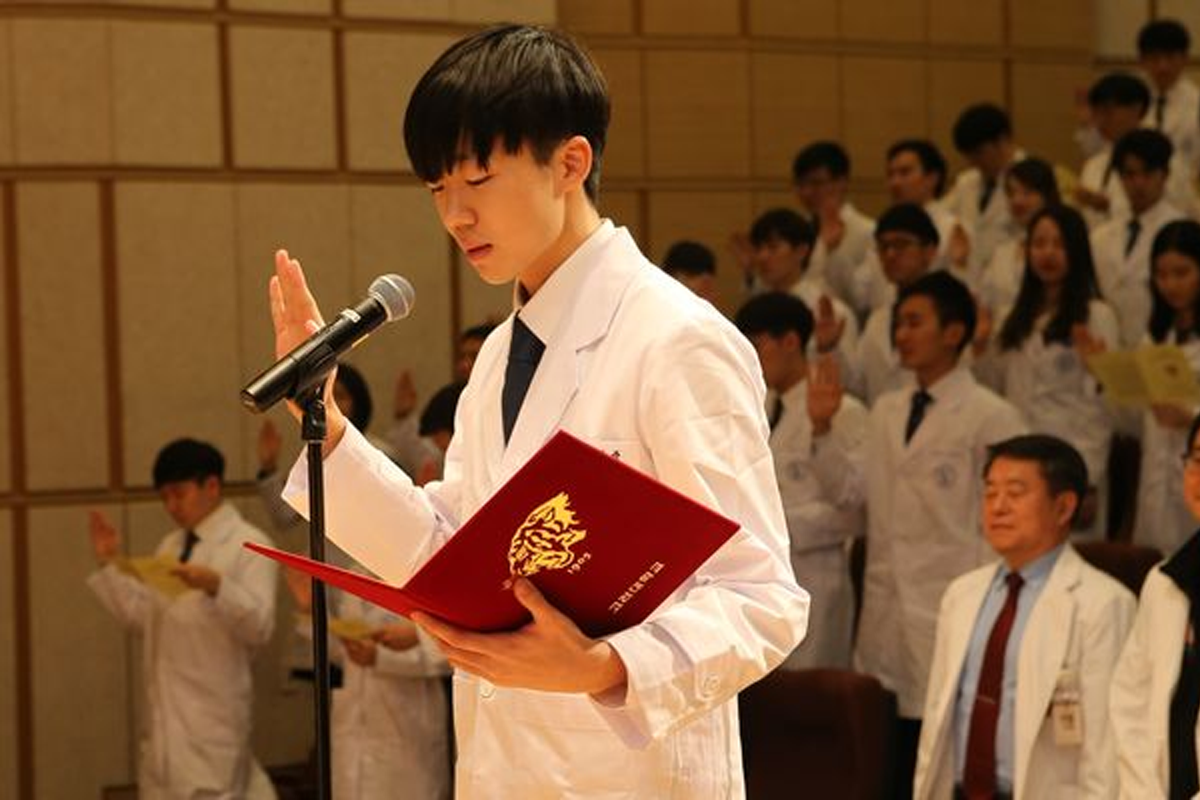 The first step to becoming a doctor is to complete your education at a medical undergraduate or graduate school.

It is very difficult to get into medical school. You must study extremely hard for 3 years of high school and get a good score on the Suneung (College Scholastic Ability Test).

Usually, students who were 1st place throughout their 3 years of high school or who are in the top 1% of Suneung test takers can enter medical school. 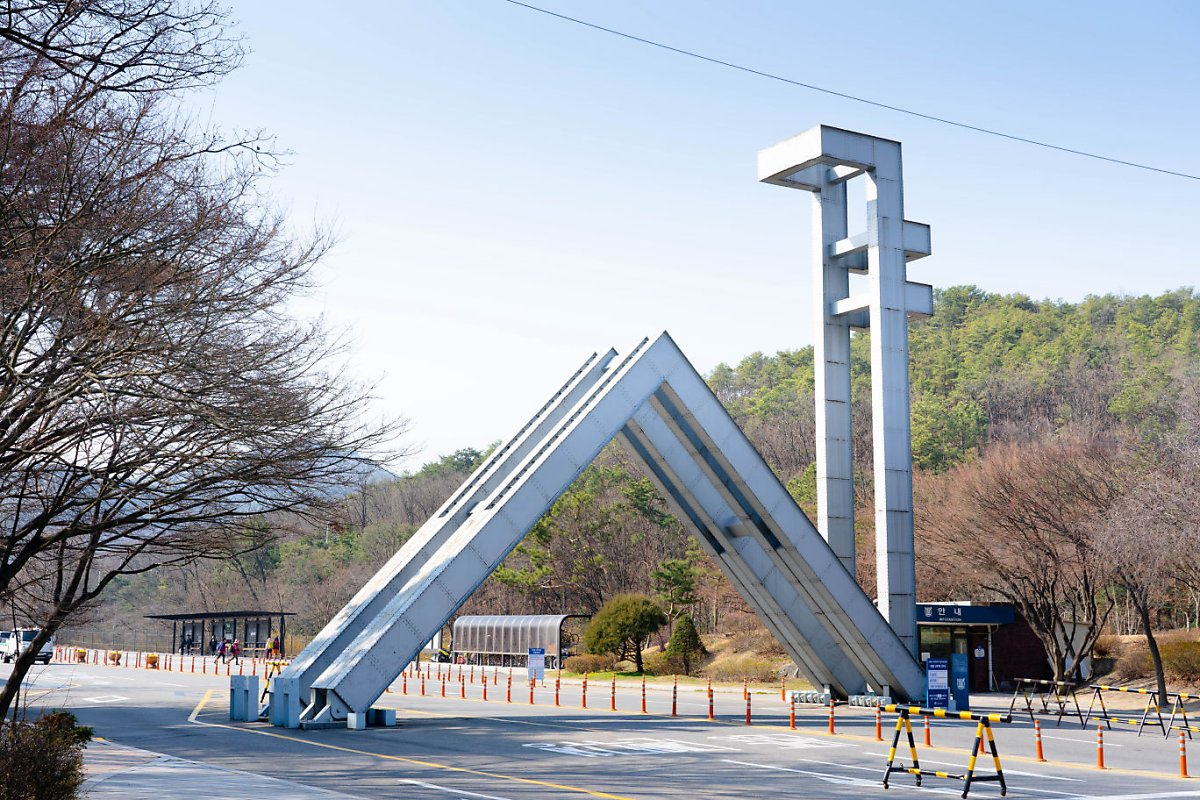 All 5 of the main characters in Hospital Playlist graduated from Seoul National University Medical School.

Seoul National University Medical School is a place where only the top 0.01% of the nation can enter. It's not easy to get into a medical school like this. After studying hard and entering medical school, you have to go through 6 years of college life. The first two years are spent taking pre-med classes in the medical department.

It is a time when students learn foundational subjects such as biology, chemistry, and physiology before they start to learn medicine.

Grades from this period do not count towards the medical school graduation grades, so many students tend to study at a more relaxed pace during this time. 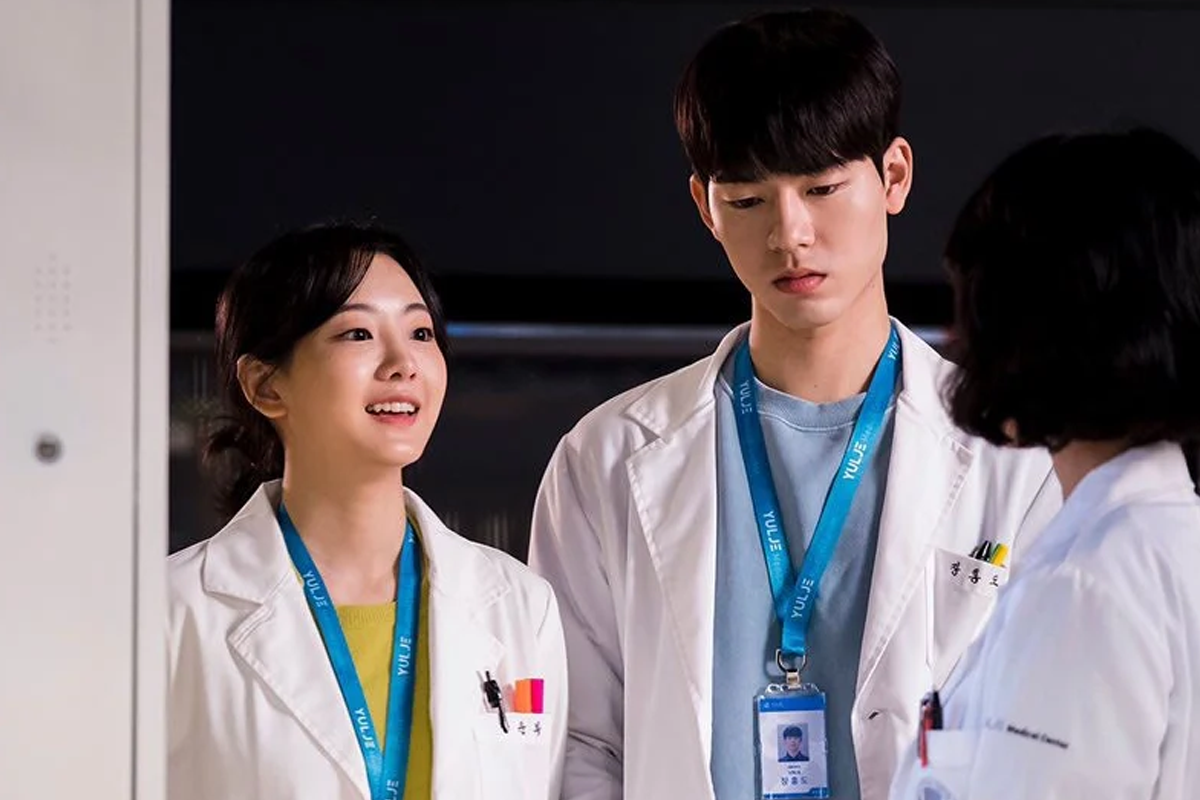 From this point on, students have to follow a really difficult curriculum.

It varies from school to school, but they usually take a test about once every two weeks, and the scope and amount of time to study are beyond your imagination. 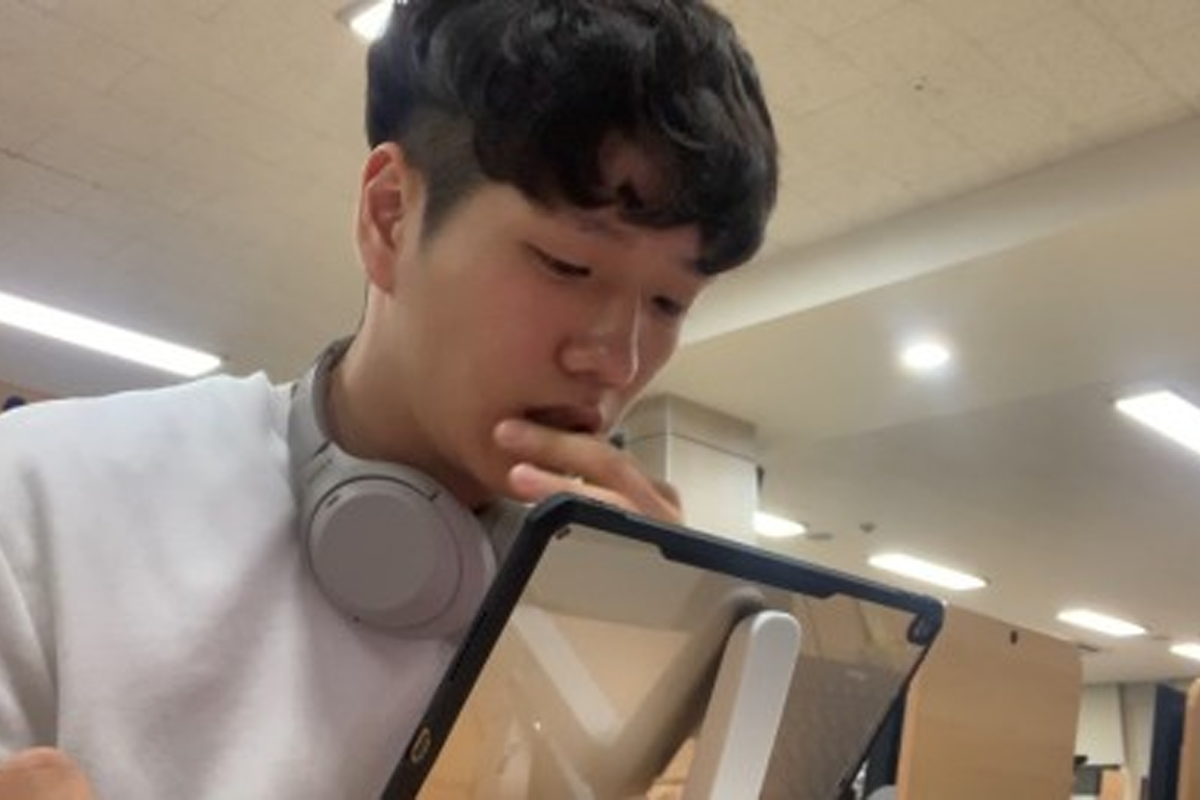 Since doctors are in a profession that deals with people's lives, the paid system of medical schools is much stricter than other departments.

If you get an F for even one subject or if your average grade is lower than the standard, you will fail. Therefore, medical students can never relax. 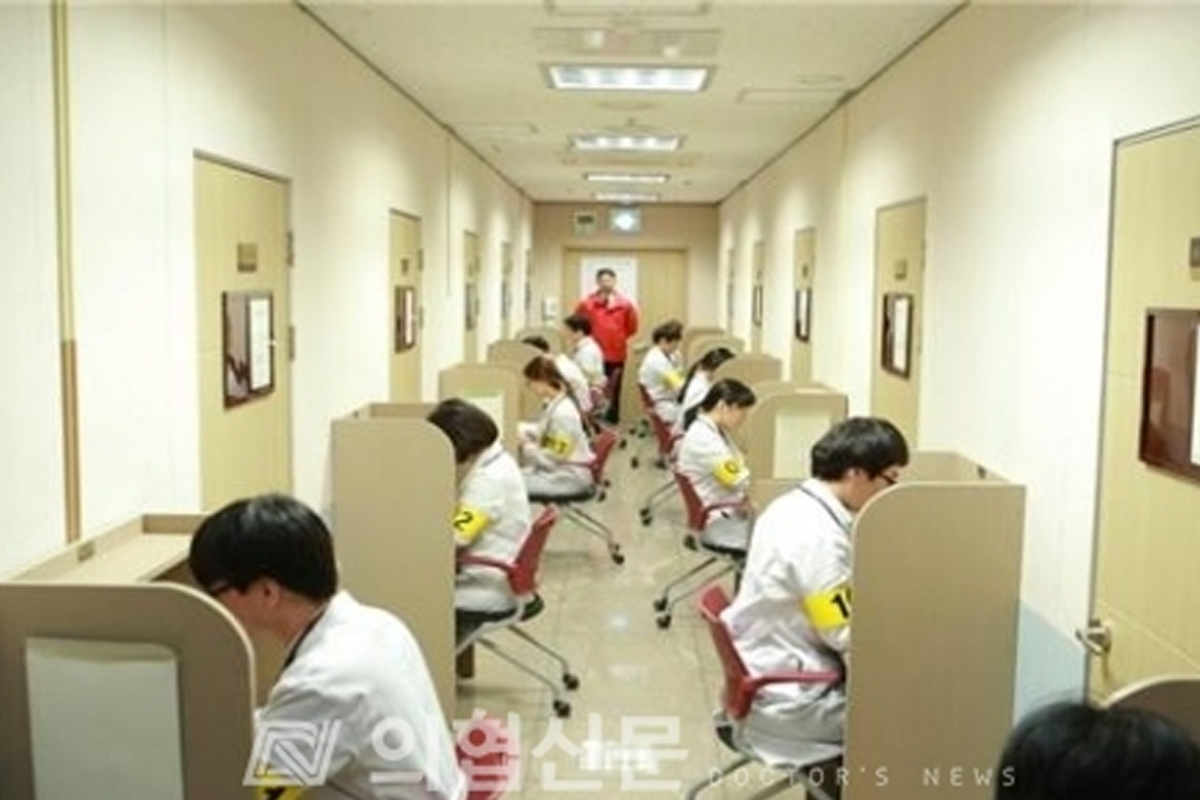 Students who complete the 2 years of pre-med and 4 years of medical school will take the National Examination of Physicians.

It's a national test that determines whether you get a medical license or not.

This test is a qualification test to verify that you have the minimum necessary skills to become a doctor, and is operated as an absolute evaluation and scores are not graded on a curve. 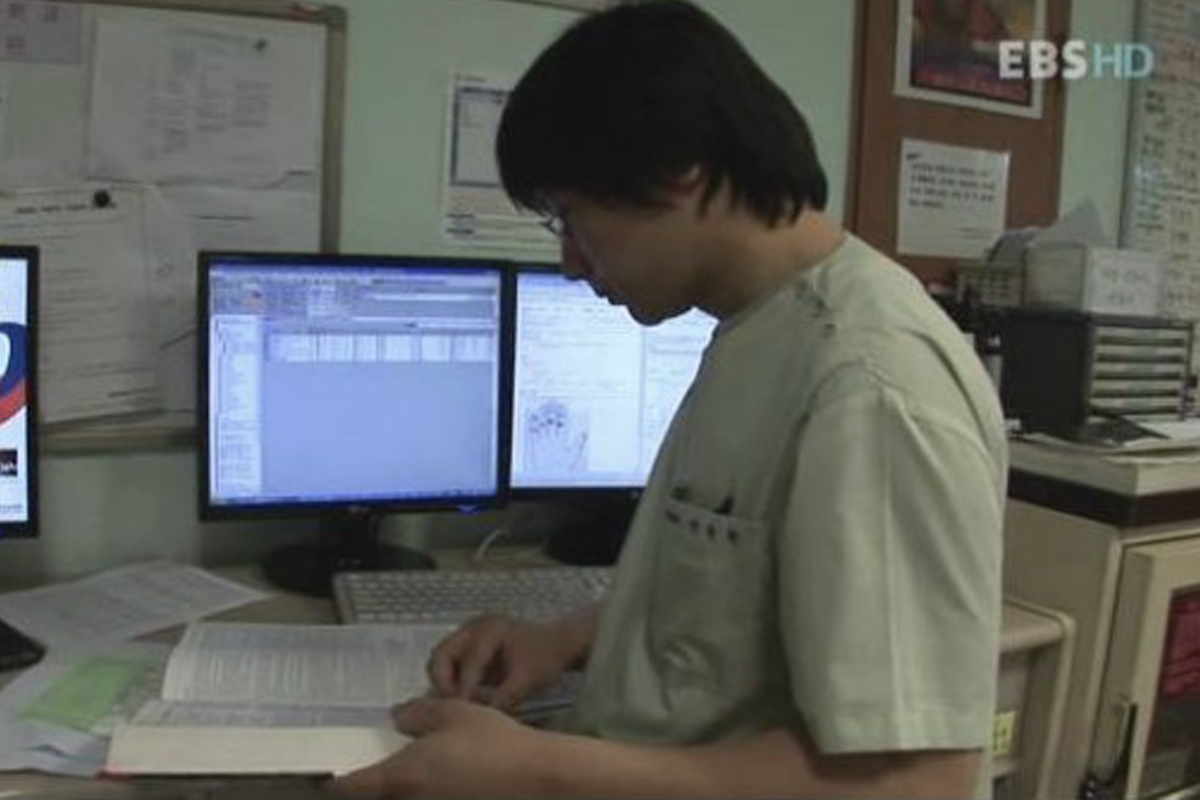 If you pass the National Exam, you will get a general license and you have to start studying to become a specialist. First, you have to work as an intern at a university general hospital for a year.

In the 3rd episode of Hospital Playlist Season 1, there's a scene of Kim Junwan's internship. Kim Junwan was deeply moved when he joined the cardio surgery team and decided his career path as a cardio surgeon.

As such, during the internship period, you have to support many different specialties and decide what field you are going to specialize in. Once you decide the major you want to pursue as an intern, you take a major exam.

After your major exam scores, medical school grades, national exam scores, and internship grades are evaluated, you can enter the major you want and work as a resident. 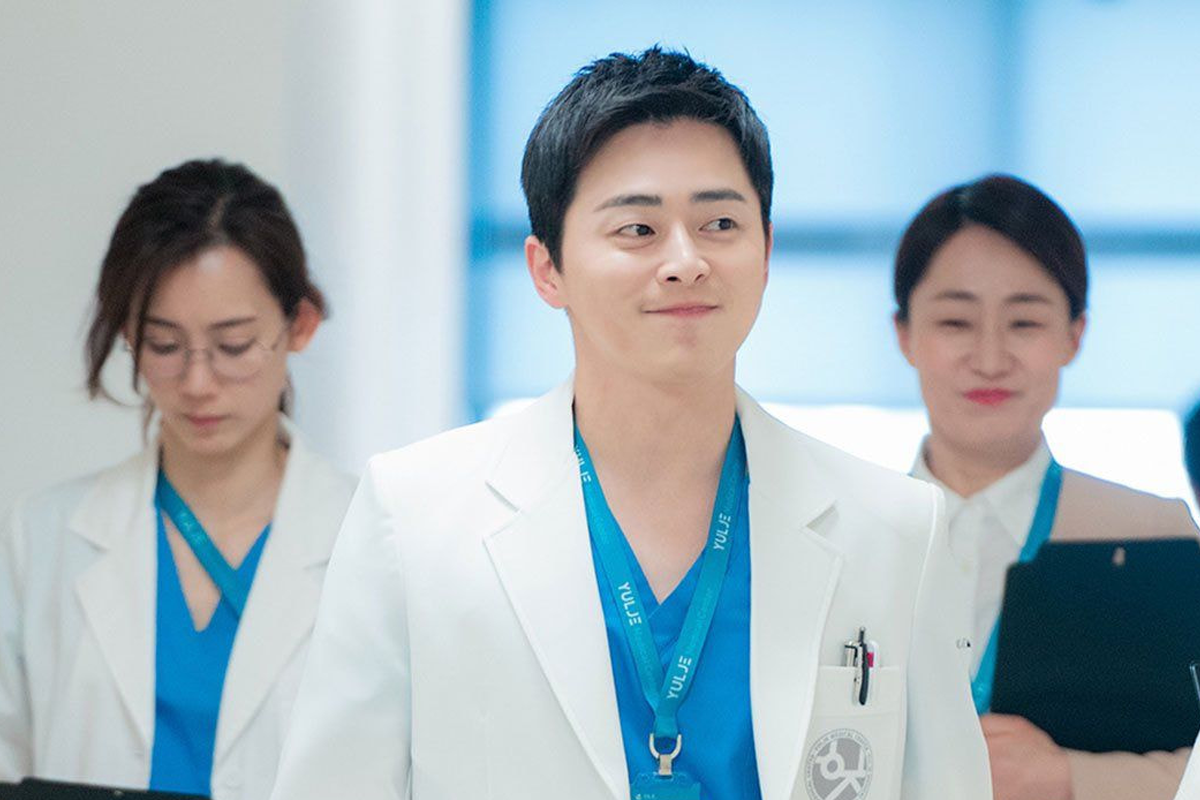 You take a specialist exam during your 4th year as a resident. If you pass the exam, you will be qualified as a specialist.

At this point, doctors are considering two career paths.

The first path is to open your own private hospital and become a doctor. The second is to be a work for a salary (pay doctor) in a general hospital, like the five doctors in Hospital Playlist. 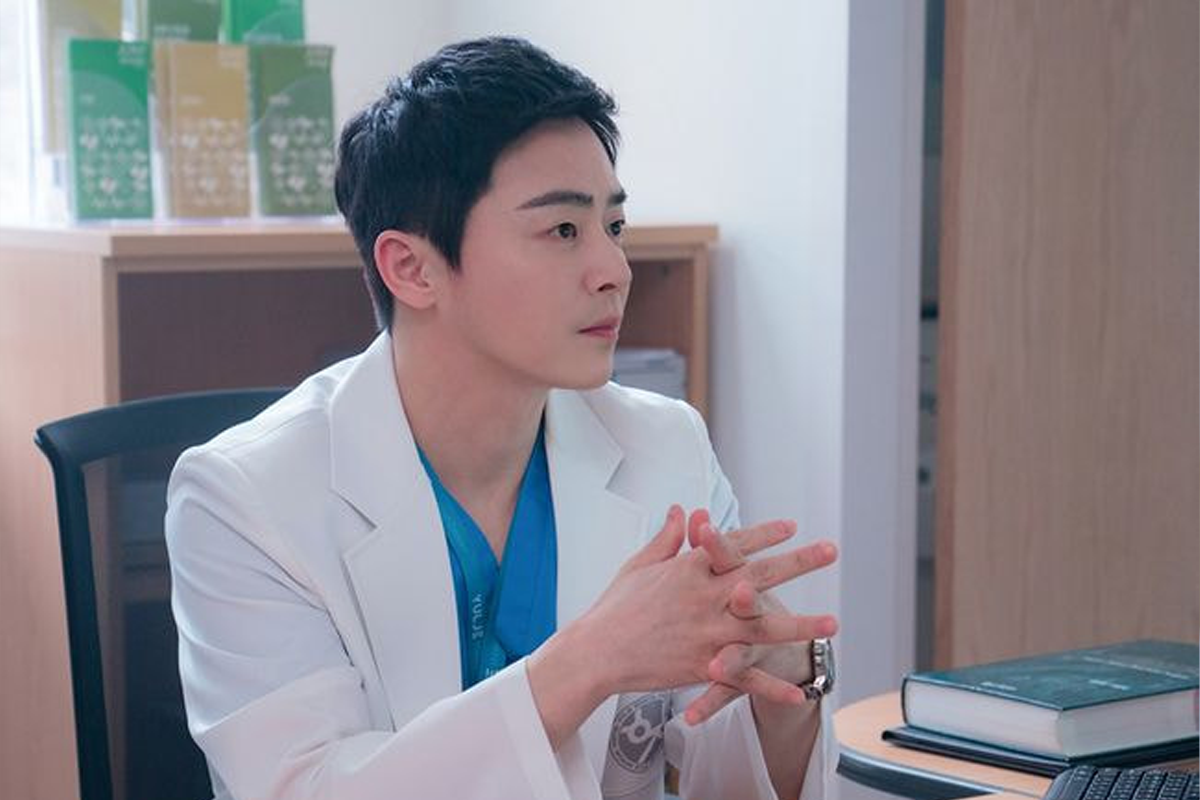 In order to become a professor at a university hospital, like the main characters of Hospital Playlist, you must complete a two-year course of fellowship residency.

In other words, the five main characters have studied for six years in college, one year as interns, four years as residents, and two years as fellow residents to total more than 13 years to reach that position. Isn't it amazing? It's about the starting salary of a new employee at a large company. How much do they get paid after becoming a specialist?

According to the Ministry of Health and Welfare's survey of national health and medical conditions released in 2018, the average monthly wage of salaried doctors, or pay doctors, is 13 million won a month.

It's about 156 million won in terms of annual salary. Considering the average monthly income of ordinary workers announced by the National Statistical Office is about 3 million won, this is more than four times higher. The working hours of interns and residents before becoming specialists are really long.

This is because they have to treat their patients as doctors and also continue to train and study to become specialists.

It's the worst working environment in Korea's medical system. According to the Korean Labor Law, workers can work a maximum of 52 hours a week, but for interns and residents, it is 88 hours a week.

However, this standard is not being followed well. In early 2019, there was a case where someone died of overwork after working 36 hours in a row with no breaks. Apparently, things get a lot better after becoming a specialist. The fixed working hours are 8 hours a day, or 40 hours a week.

According to a survey conducted by the Korean Medical Council, they work more than 47 hours a week on average. This is because in addition to the fixed work hours, there are continuous on-call and emergency situations.

So, actual doctors say it's impossible for the five medical professionals who work at a university hospital in Hospital Playlist to find the time to be in a band together after work. As explained above, doctors are always in an environment that forces them to overwork. 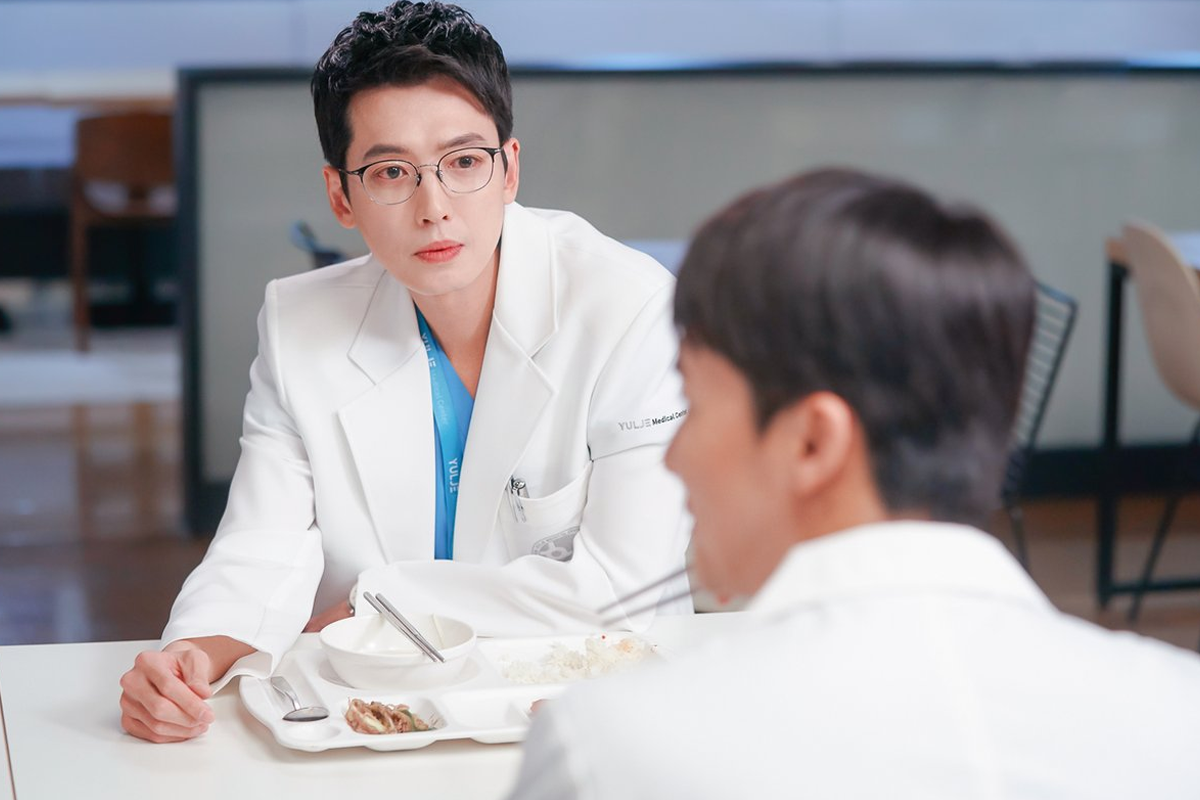 They usually eat at a cafeteria set up for the medical staff, but they don't even have time to go to the cafeteria when they have an emergency or are really busy. As a result, they eat a lot of food that can be eaten quickly, such as cup noodles, bread, and snacks.

This is especially true of medical professionals such as interns and residents and medical staff who work in emergency rooms. On days when doctors have to work the night shift, they have to endure days with little sleep in a narrow and uncomfortable room.

For the high salary doctors receive, they have to work just as hard performing extremely difficult and significant tasks everyday.

It's really not a job that just anyone can do, right? Today, we learned about the lives and lifestyles of Korean doctors.

For those who enjoyed watching Hospital Playlist, I think it was an opportunity to imagine their lives off the screen!

I'll be back with more informative and enjoyable content next time.